When we were telling people around us that we planned a trip to Georgia (the country) for May this year, most of the questions we got were: “Where is that on the map?” and “Why would you even consider going there for a vacation?” 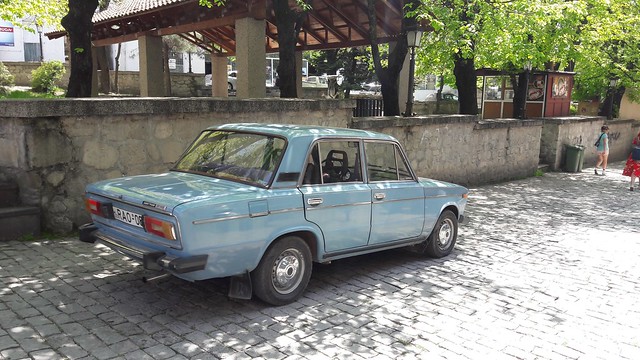 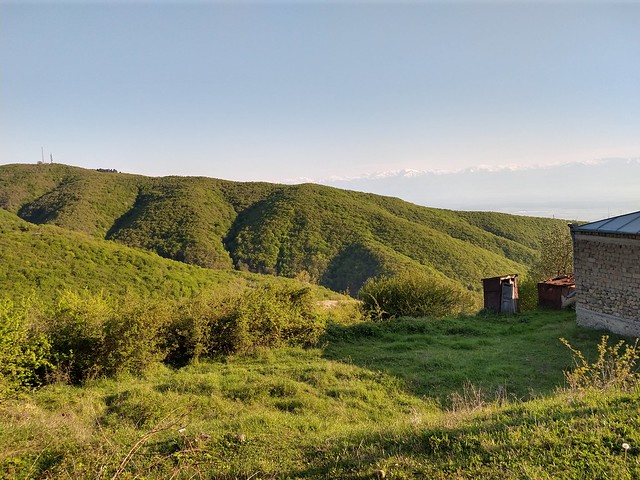 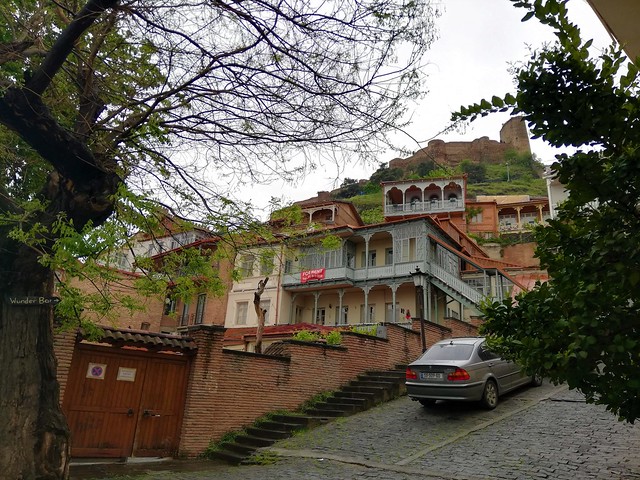 Long story short, the situation is like this. East attracts us, sometimes even more than the West (but don’t get me wrong, Western Europe is always on our minds when choosing a destination and there are sooo many great places we have checked out and still a lot to come). But East has this somehow homie feeling – still not very touristic, quite untouched in many areas, simple people willing to include you in their daily routine, friendly and always trying to promote as much as possible and to make you love their country, amazing nature, you always get into awkward situations that make you laugh in the end, you always get a bit of an adventure, even if talking about trying to understand the language or trying to figure out which road to take to get to your destination. 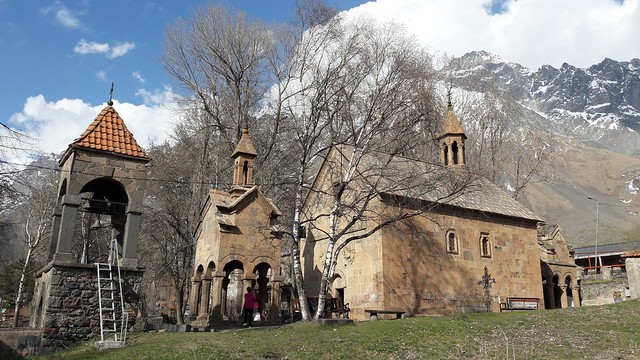 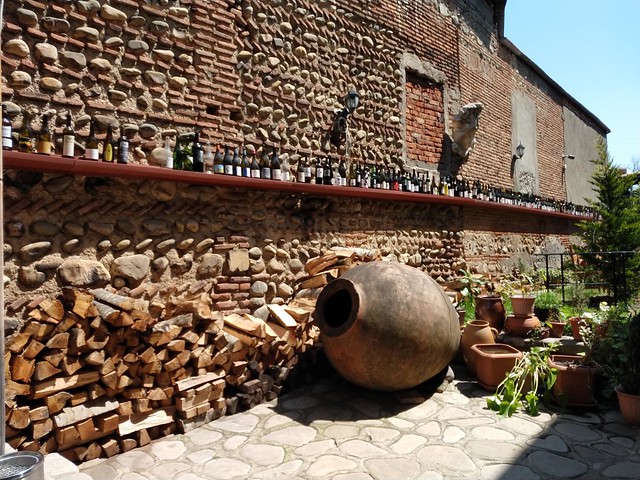 Considering all these aspects and the fact that we had previously read so many nice and interesting things about Georgia and the fact that Tarom (Romania’s National Airline) included a direct flight Bucharest – Tbilisi at some quite affordable fares (which is just 2 hours long), we decided to give this country a 7 days trial to convince us that everything we had previously read or heard about it was the truth and nothing but the truth. 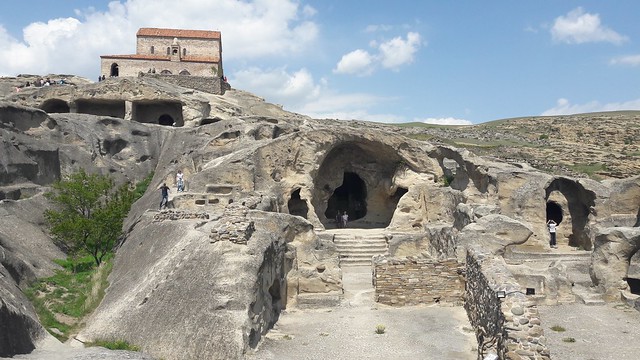 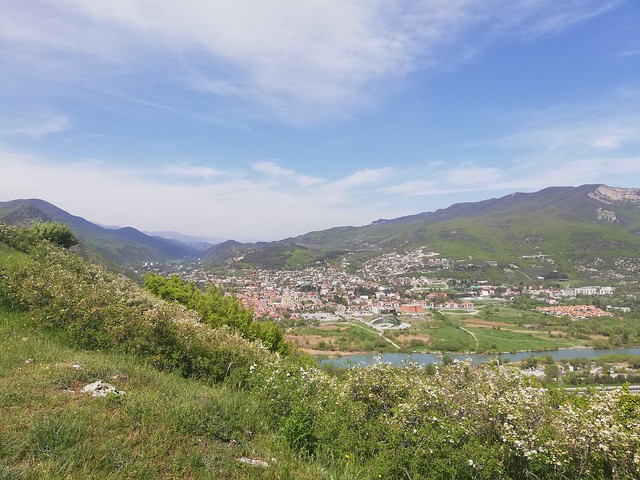 We chose end of April, beginning of May mostly because we had some bank holidays during that period and it meant less days off from work. Also the weather was supposed to be quite good, warm, but not hot, everything would have already turned green and that would allow us to enjoy even more all the nature spots we added on our map. 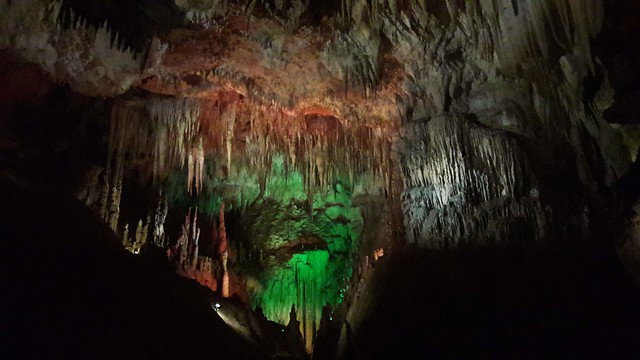 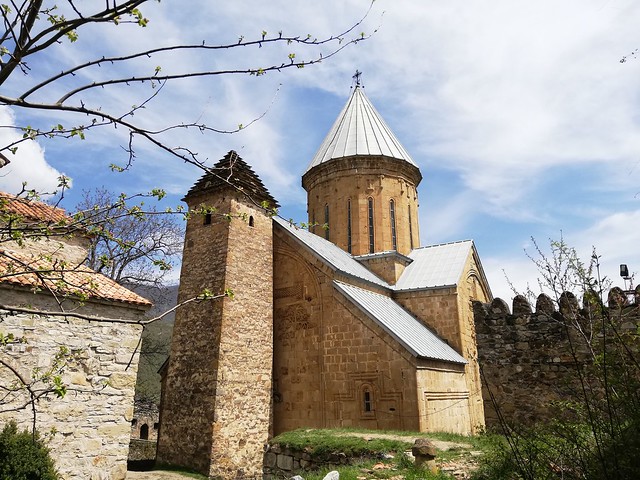 This country has everything it needs to be attractive for tourists and to make you explore it in depths. Let’s start with nature and outdoors. To sum up: mountains as high as 5000m, with amazing views. Green highlands and small villages around them. The Black Sea and everything related to beaches and summer vacations. Deep valleys, canyons, caves. And then there’s the wine and gastronomy. Wine and wine making is a very big thing in Georgia, they have their own traditional wine making method that they promote a lot. About gastronomy – lots of flavors, lots of wild herbs I’ve never heard about, a mixture of all the people that have lived or passed by this country for centuries. And then there’s Tbilisi, the capital – with history, architecture, night life, great restaurants, everything a city should offer for the people visiting it. 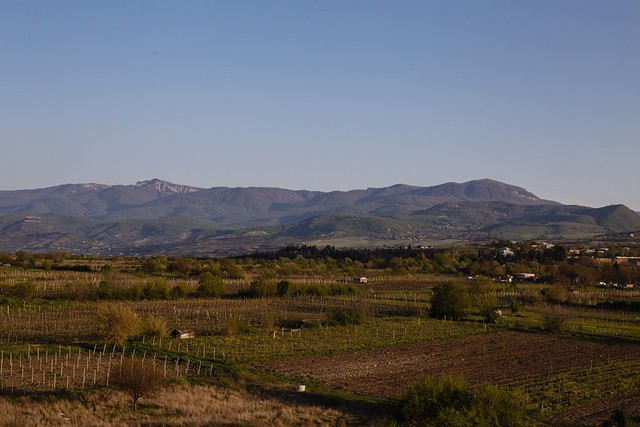 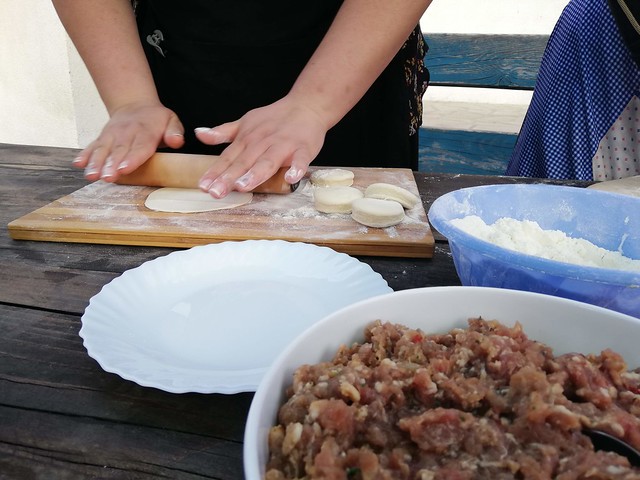 Yes, you guessed right – one week for this country was not at all enough. We had some difficulties in choosing our itinerary in the first place, as we had previously put on the map so many places it was quite hard to actually check them all out in a week. After debating with the group (we were 5 people for this trip), we decided to split the country in two and for this first trip to do a bit of the East, the North and the Center, and leave the rest for a future trip. 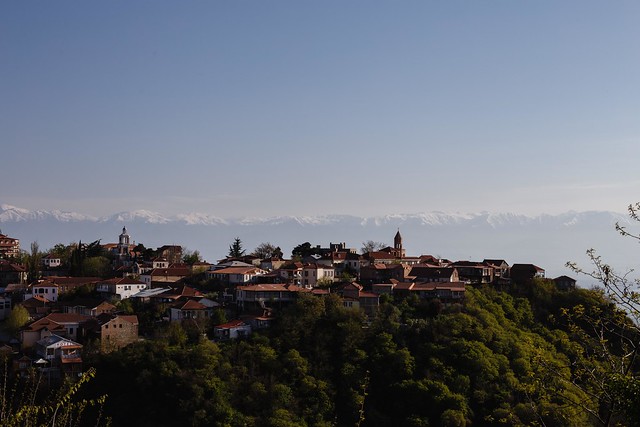 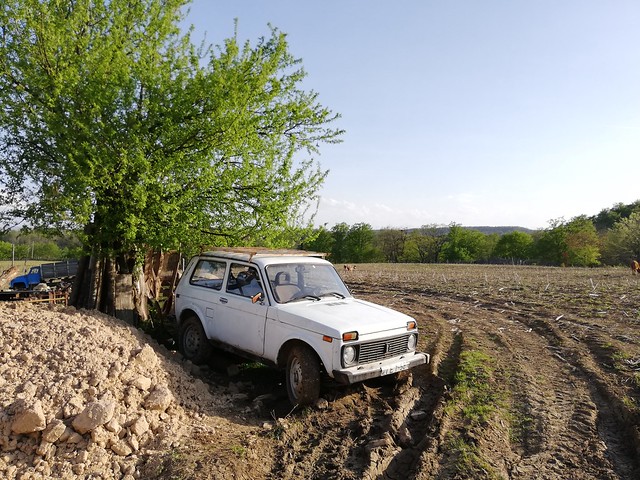 Our decision was based on the fact that we were traveling in May and hiking wouldn’t be an option (although we really wanted to do at least one day of proper hiking in the Caucasus Mountains) as the mountains were still very much covered in snow and some of the access routes where still blocked. Also we skipped going to the Black Sea for mainly the same reason – it was May, the sea water wouldn’t have been warm enough to actually enjoy a day at the beach. So that excluded the Western and the North Western part of Georgia. And there was still the Southern part which had some nice National Parks we wanted to check out, but we didn’t have enough available days and we excluded that part as well. 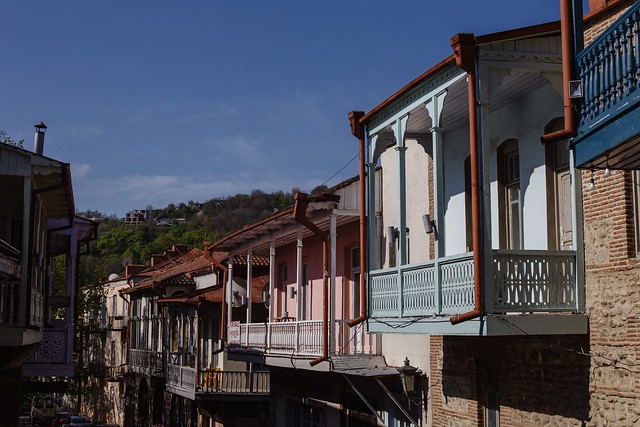 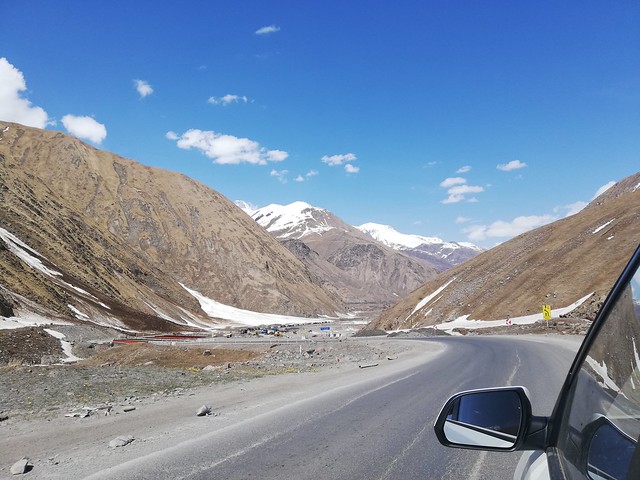 In the end we got to do a bit of the wine route in the East part of Georgia, checked out some centuries old monasteries and fortresses, went a bit up in the mountains (as far as the car would go), enjoyed some natural spots (caves, canyons, gorges, waterfalls), met some small village communities and had dinner with the locals and checked out two of their main cities. In between, a lot of driving in all directions which allowed us even more to admire the still untouched beauty of this country. 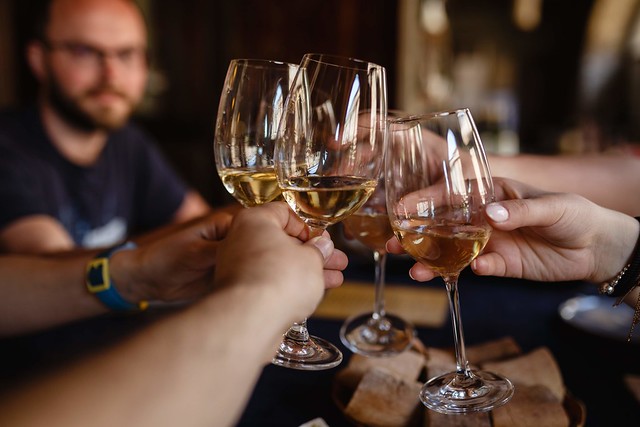 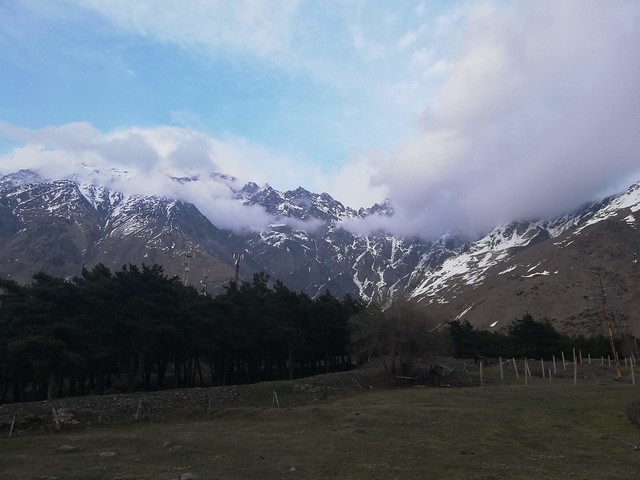 A more detailed blog post will follow for each day, I will just give now some general information about the country and about traveling in it. You need a passport for entering the country and some passengers from certain countries need a visa that can be obtained even online. More info HERE. 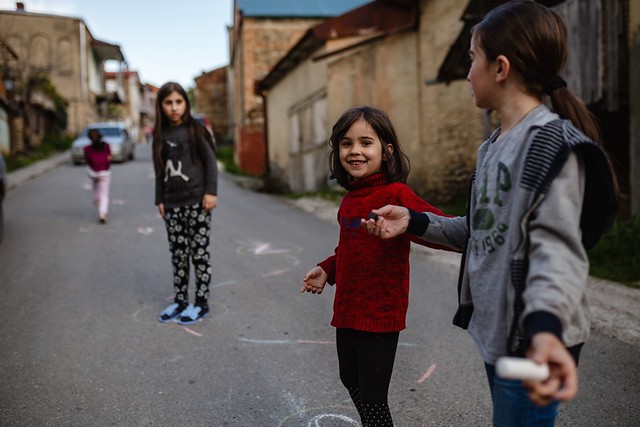 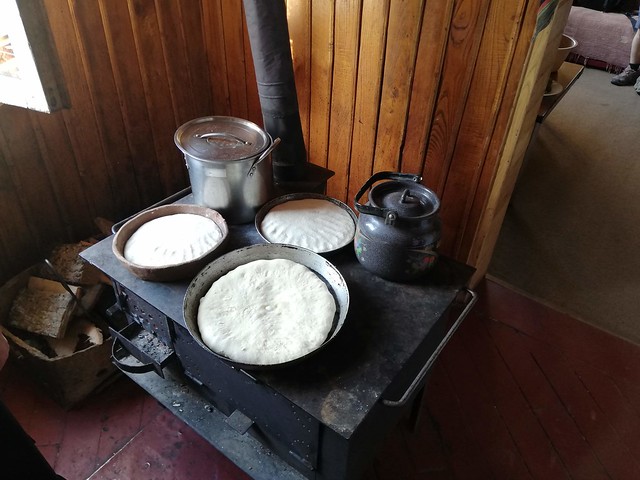 The easiest way to explore the country is by renting a car. Lots of people say that it’s also doable to take buses, as they have plenty and to many destinations, but for us, the car seemed like the most convenient choice. We chose a sort of 4×4 and it was a good decision – the roads in Georgia are not really plain and straight. It’s more about going up and down, there are lots of serpentine along the way so a bigger and stronger car can be helpful. The road conditions are quite good, we had some small areas where we drove on dirt roads, but otherwise, you have concrete everywhere. They also have a small highway from Tbilisi to Kutaisi (not the whole way). The drivers are maybe sometimes a bit too pushy on the roads, but we didn’t find that to be much different than what we have in Romania. In Tbilisi we decided to return the car and not use it in the city – the driving is a bit hectic and it would have been too stressful. 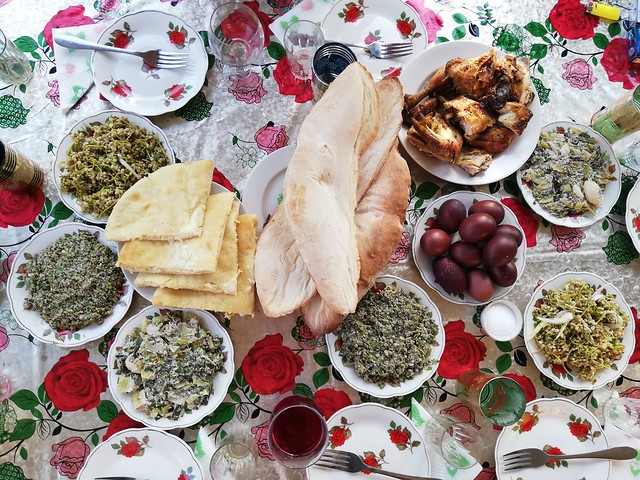 To be able to get directions easier and to have access to maps and internet, we chose to buy a Georgian SIM card as soon as we landed. There are two small shops in the airport in Tbilisi, one open 24h/7. There are two main telecom operators in Georgia – Magticom and Geocell. We chose Magticom as it was the one we found open in the airport and for 80 LARI (about 25 EUR) we got a SIM card with 16GB of data and some calls and SMS, valid for 1 month. 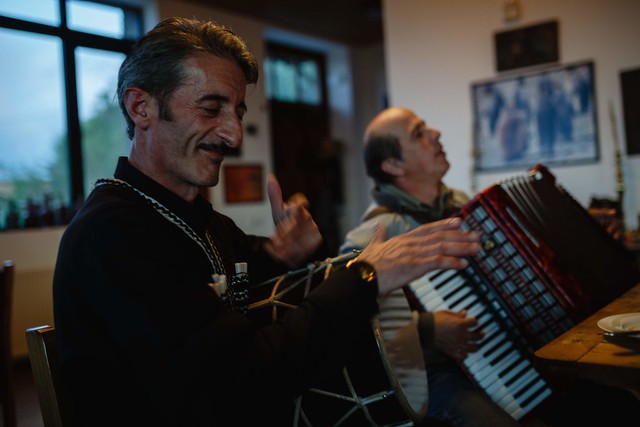 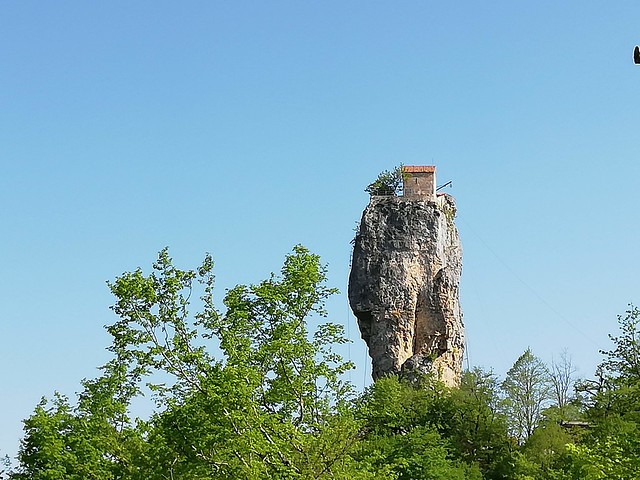 In terms of money – you can pay by card almost anywhere in the cities and in gas stations around the country. For the accommodations we chose, we had to pay cash, with one exception. We used Revolut for all our transactions, including cash withdrawal as it’s the easiest way to manage a travel budget, especially when traveling with other people who also have a Revolut account and card. Revolut has a good exchange rate anywhere you travel abroad, and you have many options, including requesting payments from the people you are with or splitting a restaurant bill. 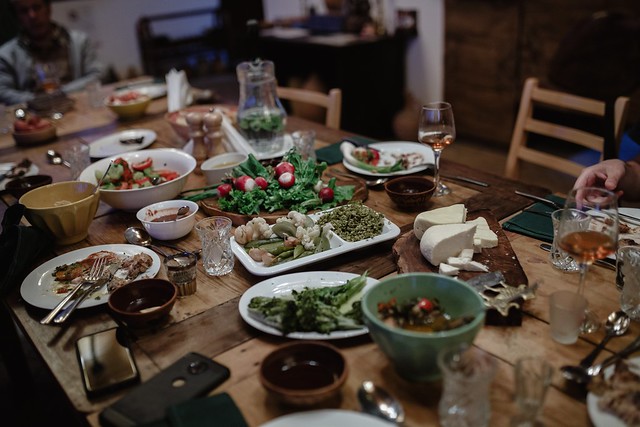 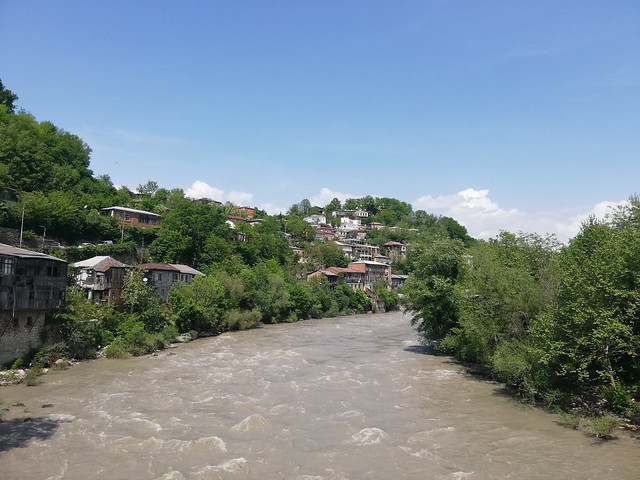 For accommodation, we used mainly booking.com, I find it the easiest way to search and book anything from country houses to 5 star hotels. If you use it often, you can also get a discount for some of your bookings. And for most of the bookings you get a free cancellation policy close to the date of your check in. 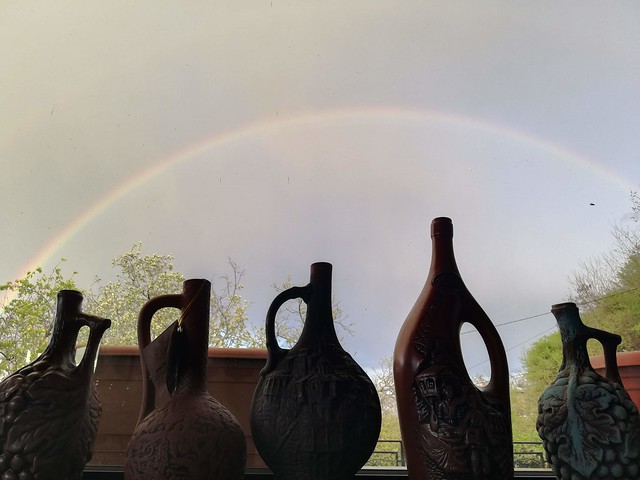 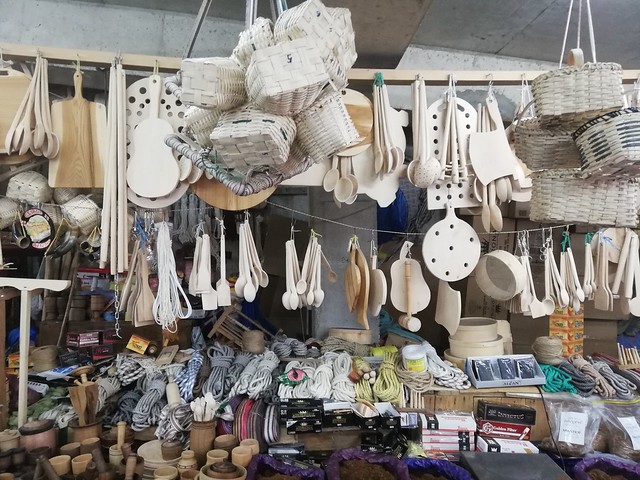 More info will come with the next blog posts, detailed for each day of the trip.