Our second day of Saxon Trek meant about 24 kilometers of walking in total, leaving Hosman in the morning and passing through Fofeldea and Ilimbav, with Chirpăr being our final destination for the day. 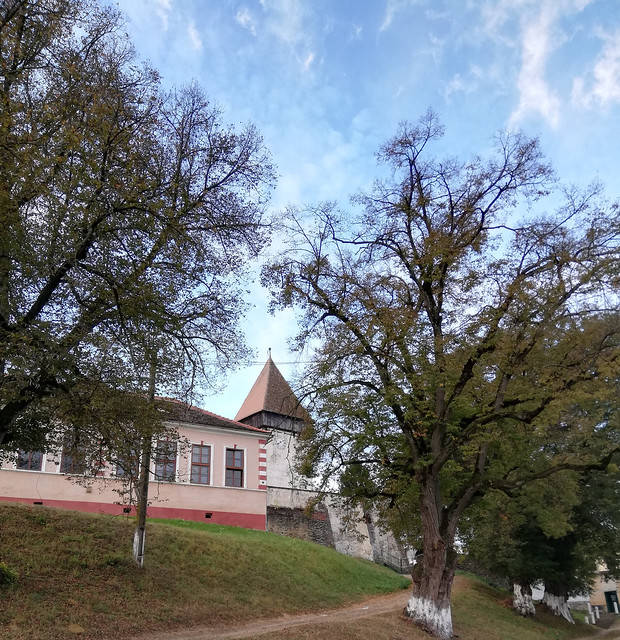 After having breakfast with our friends from Hosman and saying good-bye, we started our second day quite early. We were already walking towards Fofeldea at about 7.30 in the morning and we got there more or less one and a half hours later. We chose a dirt road for our route, passing by pastures and farm land. It was still a bit cold in the morning although we were expecting quite warm temperatures for the day. 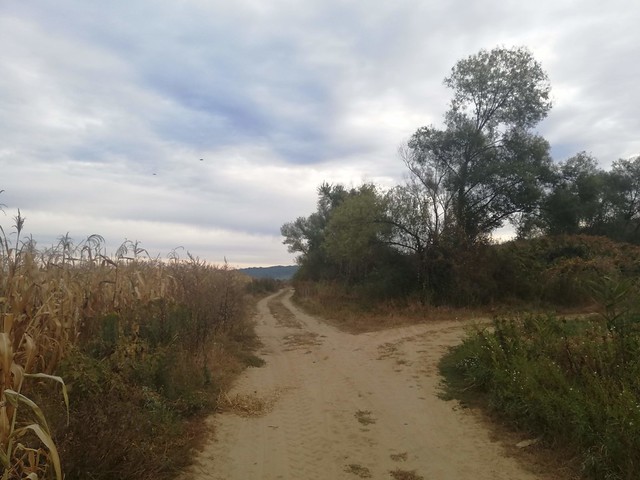 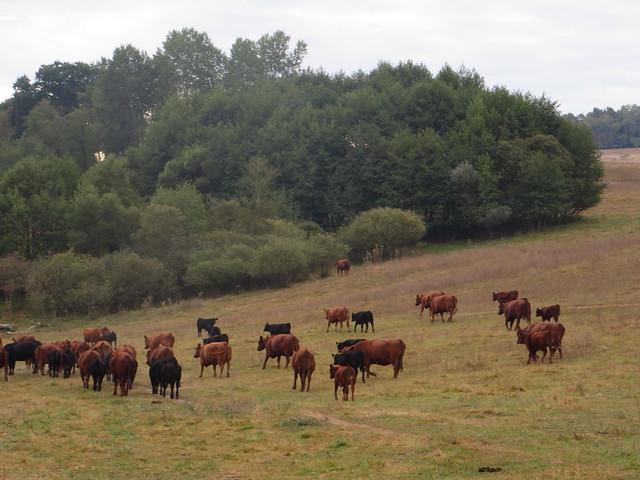 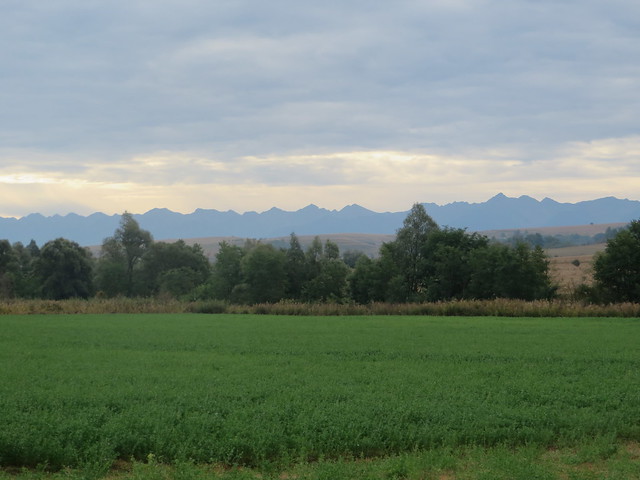 We got to Fofeldea when the village was slowly waking up and starting the Monday activities. Some angry dogs welcomed us when entering the village, but they were just showing off, so we friendly greeted them and moved on. People started appearing on the streets, some to have their morning talk with the neighbors, some to visit the local store in search of fresh bread or alcohol. Buying alcohol in these villages is one of the main activities of the day and every moment of the day is the perfect time to do it, mornings not being an exception. 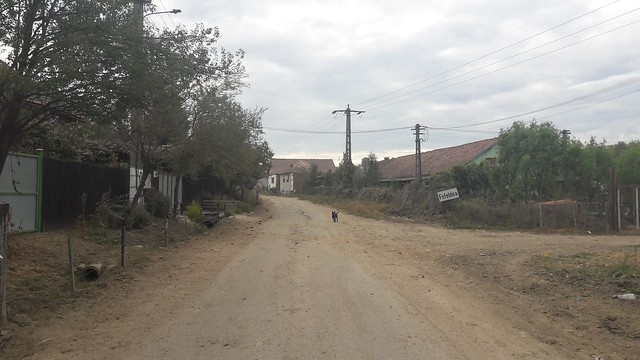 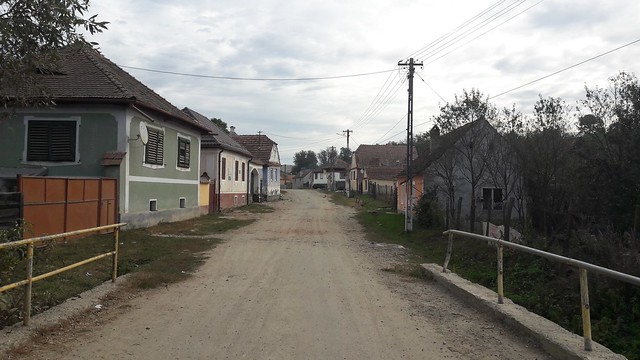 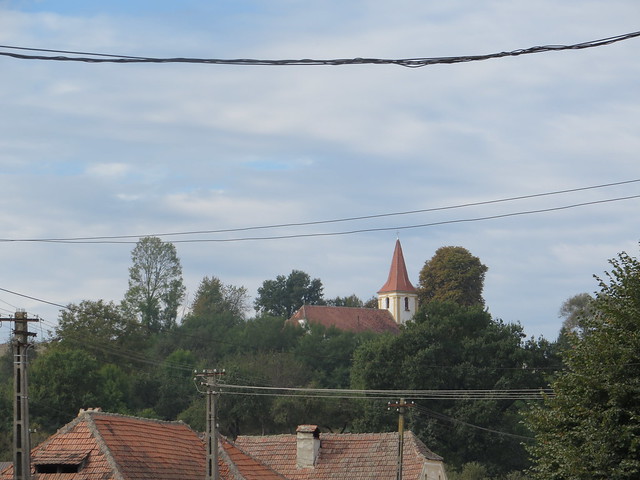 We also stopped by the local store for some supplies and walked a bit on the dusty streets of this village. Fofeldea is one of the oldest Romanian villages from the Hârtibaciu Valley, a Romanian settlement in a Saxon area. The first mentioning of the village dates from 1382. The first Saxons got here in the XIV century, but because they got into a conflict with the Romanians living here, they decided to back out and move to Agnita instead. 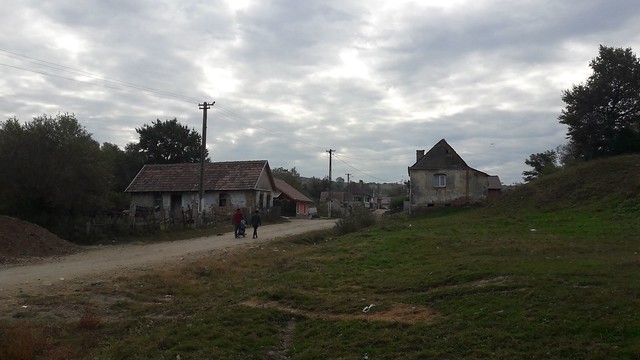 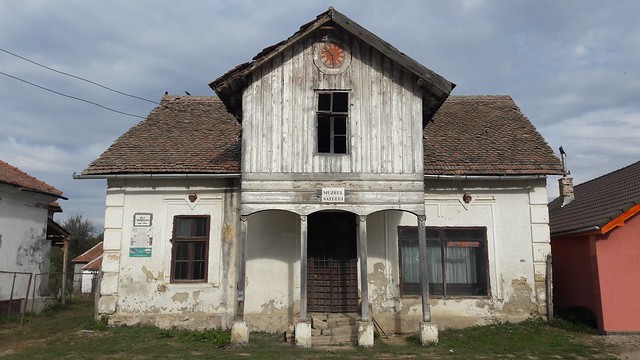 Fofeldea was the poorest village we passed through during our trip and is in a bad condition. Houses don’t look too good and people seemed poor, with no or few access to proper living conditions, jobs or education. Still the houses were showing signs of a better time many years ago. 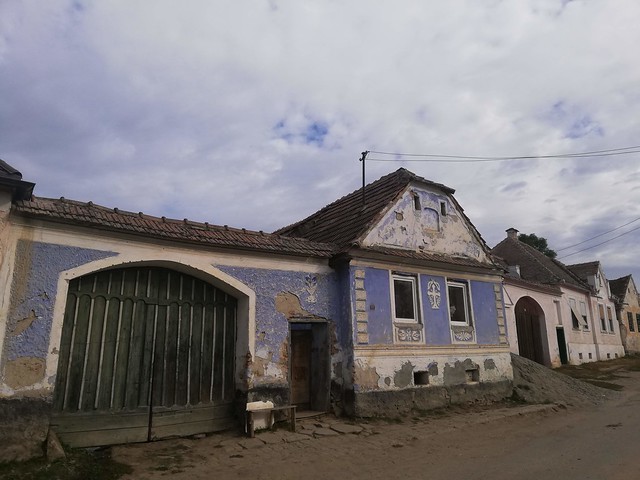 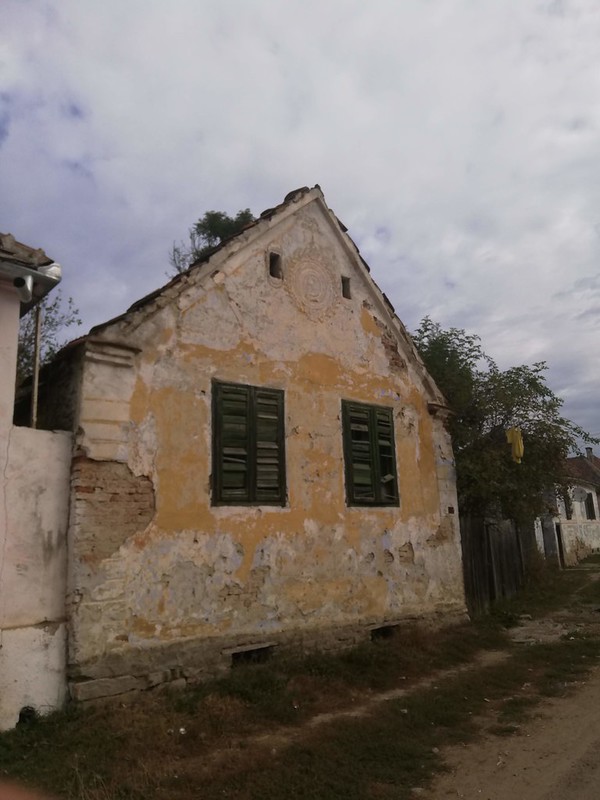 After struggling a bit to find our way out, we left Fofeldea, following again a dirt road in the direction of Ilimbav. This time we went over hills and pastures filled with sheep, having the Carpathians next to us. All the way to Ilimbav we could see the whole Făgăraș Mountains range showing themselves to the South, tall and imposing, making us bow to them at almost every step. 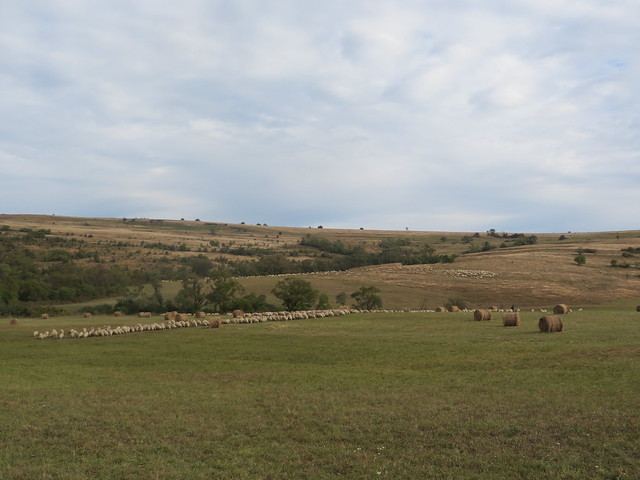 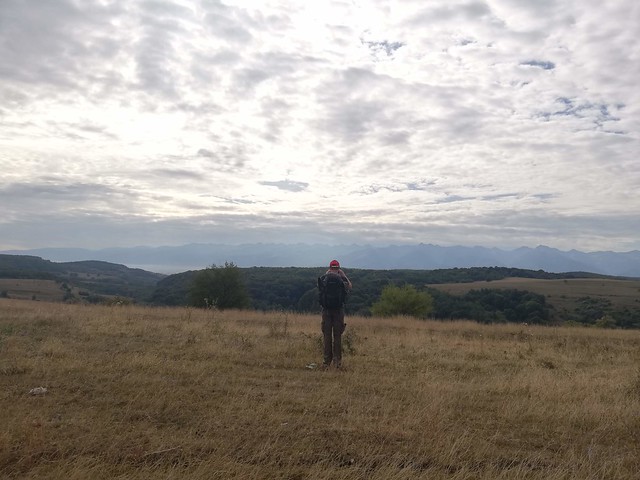 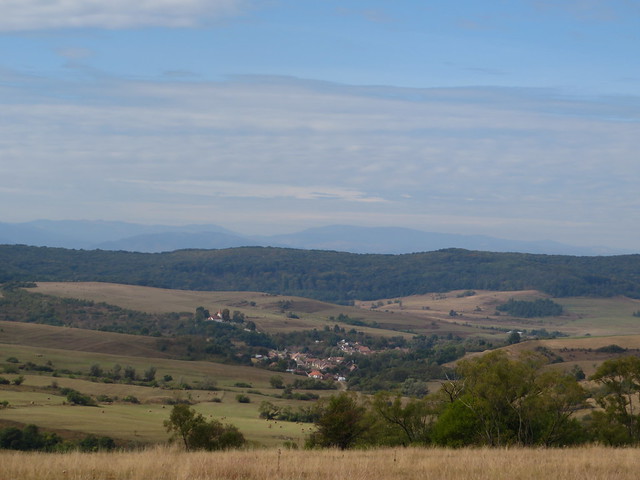 It took us another one hour and a half to get from Fofeldea to Ilimbav and had our first serious encounter with some sheep dogs who were very angry with us because we were trying to invade their territory. We had to make a small detour from the main path, just 1 kilometer before getting to Ilimbav, because these dogs just wouldn’t let us follow the road. We got out of this situation safe and sound, but we had to jump a couple of fences to finally get to the village. These kind of encounters happen quite often, as there are plenty of sheep in this region. 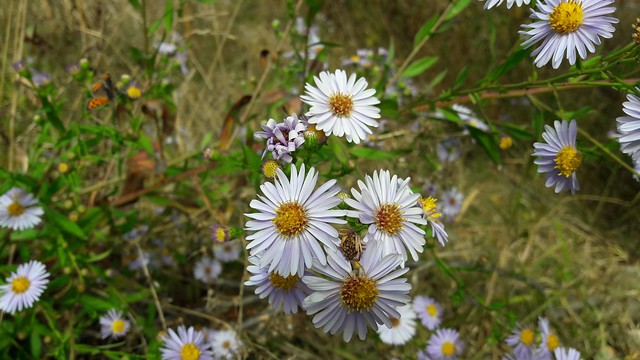 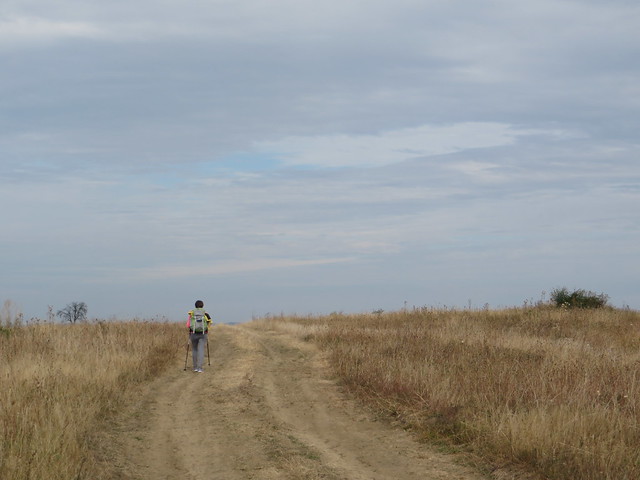 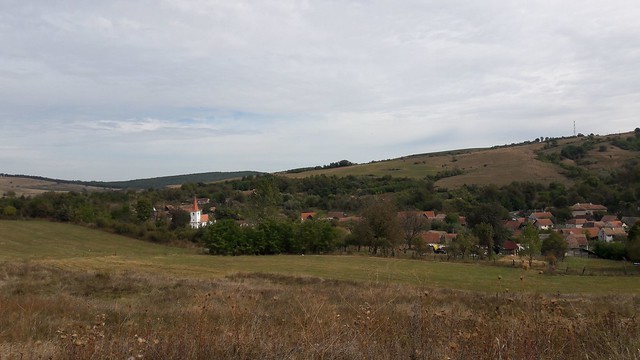 Ilimbav is in a way better condition than the previously visited, Fofeldea. Paved roads, houses in very good conditions, it didn’t look like a time forgotten village. Ilimbav is again a Romaian village, first mentioned in 1375, with a beautiful wooden church standing tall on the hill in the center of the village. The wooden church was brought to Ilimbav by the modest community of Greek-Catholics from a neighboring village, Nou Român, where in 1846 a stone church was built. An inscription from the Altar of this church mentions the year 1638. Ilimbav is also well known for its methane gas deposits, contained in the ground. In fact, for the first time in Sibiu County, in 1961 the first underground gas storage depot was experimented and operated. 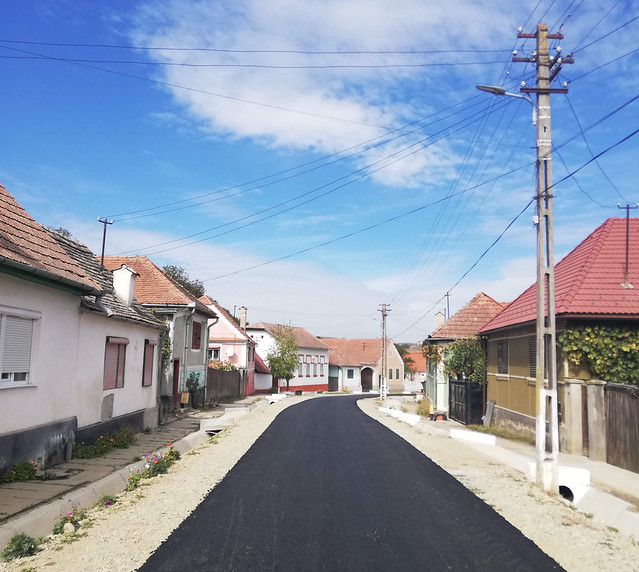 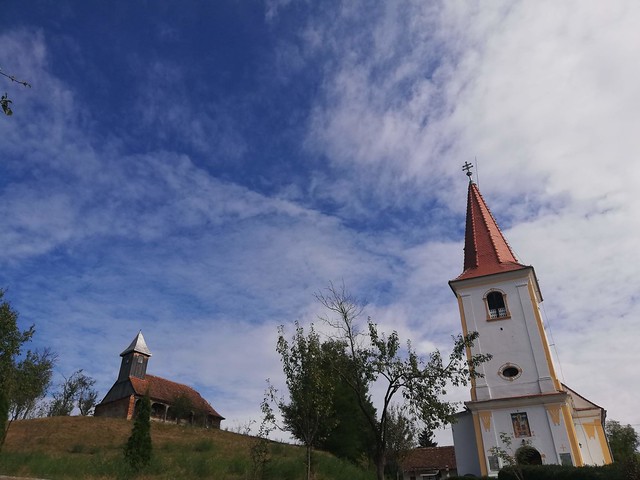 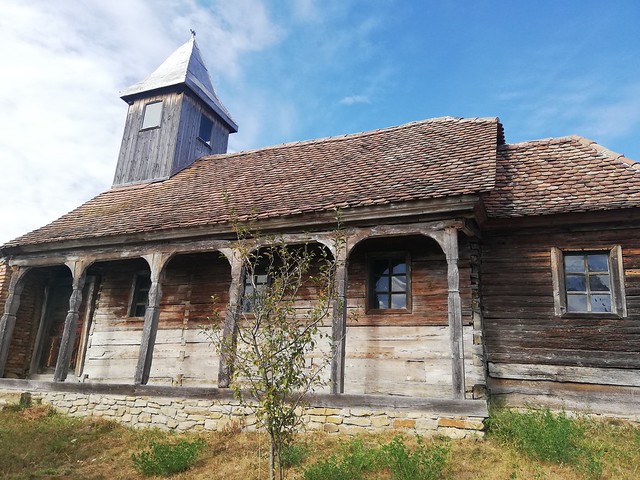 Currently, the village is inhabited by around 200 people, mostly elderly, with farmers’ pensions. Some young people from the village work at the gas station near the village, and the rest of the population deals with agriculture and animals. Daniela Greulich and Eugen Sopa have a zootechnical farm named “Bio Ferma Ilimbav“, where they produce cheese and meat products. We also stopped by the farm to get some cheese for our trip. 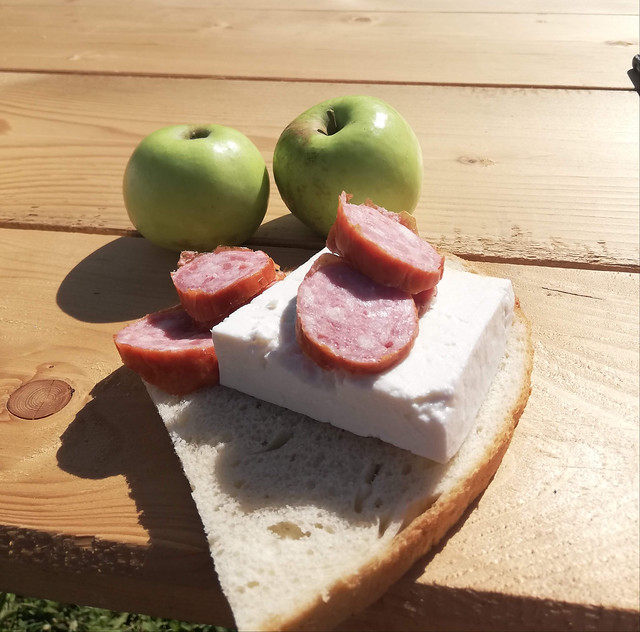 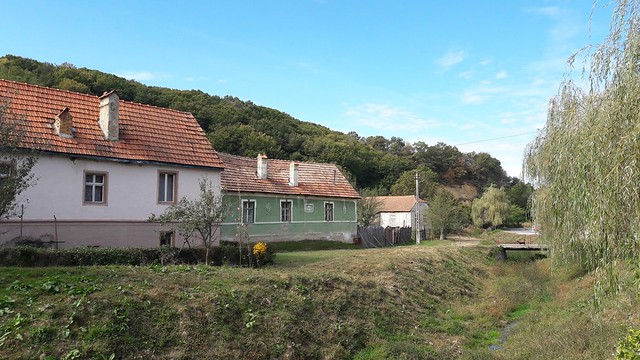 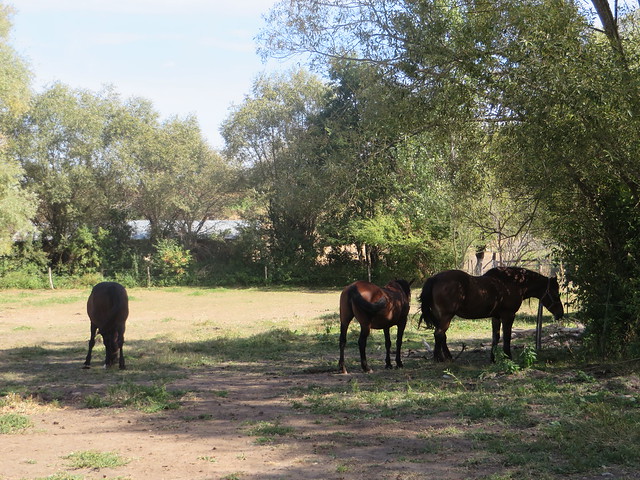 After having a quick lunch at Bio Ferma Ilimbav, we hit the road again. We stopped a bit by the church to give it a closer look and headed again on a dirt road in the direction of our final destination for the day, Chirpăr. This final part of our trip was probably one of the most beautiful, scenery wise. We passed by an amazingly beautiful oak forest that completely fascinated us. If it were to do this trip again, it would probably be to visit this area again and enjoy this beautiful forest and the quiet all around. 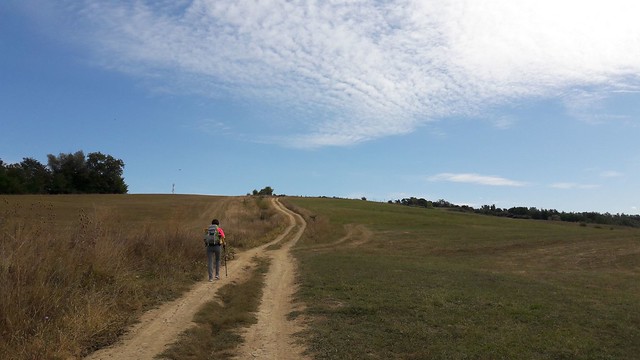 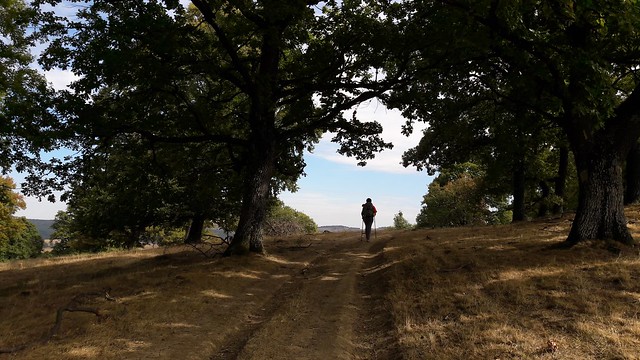 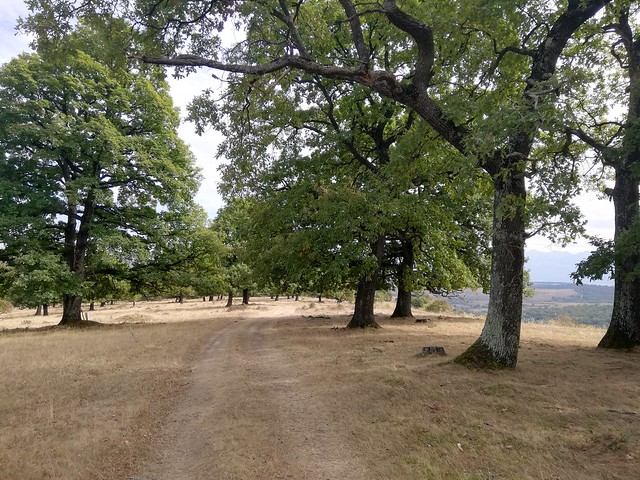 We got to Chirpăr around 4PM and waited for our friends (Atelier 333 – Adinas Haus) who would host us for the night. A couple from Sibiu, who bought a house in the village and kept all its original appearance and furniture. The house is absolutely beautiful in every detail, its story is a true pleasure to listen to. We spent such an enjoyable night there, meeting the neighbor who was producing some alcohol, listening to his stories about the village. It was for sure one of the most memorable days and evenings of the trip. 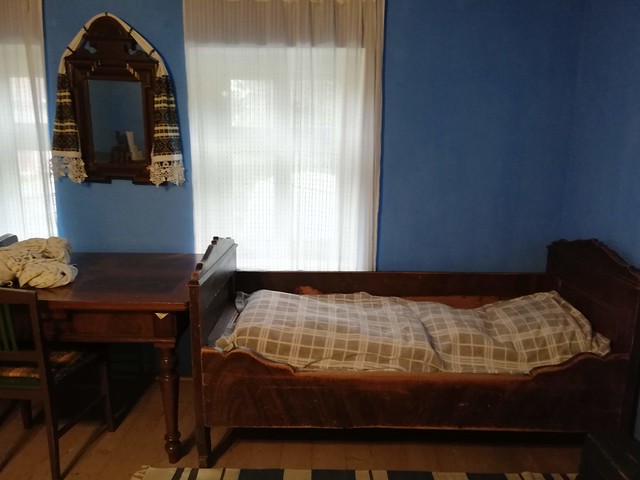 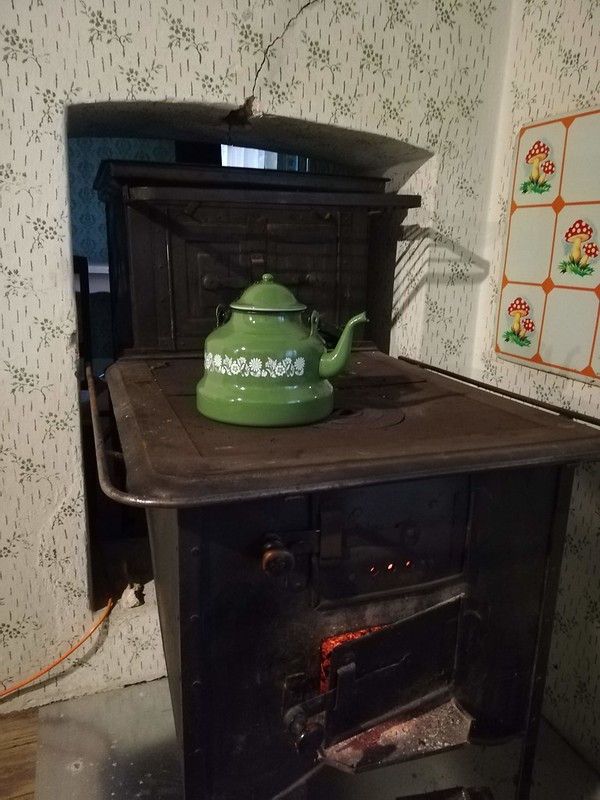 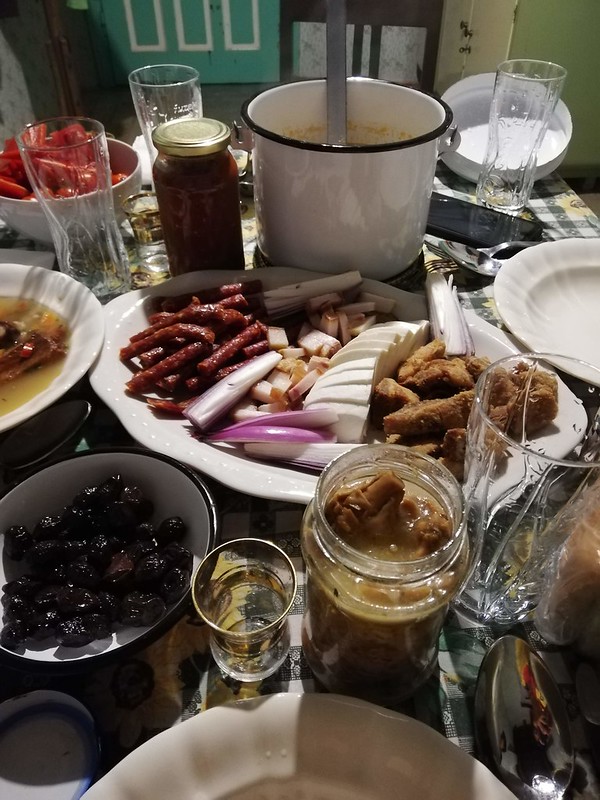 In the county, My Sibiu, Romania, saxon trek, transylvania, Traveling