[Romania] In search of the Danube

5 days and more than 1000 km. That was our August Romanian holiday. Good weather, breath taking places, surprising wonders of the nature, all the ingredients for the perfect trip.

We started Wednesday morning from Sibiu to our first stop, the Transalpina, a road that passes through the Parang Mountains and that goes up up, at more than 2000m altitude. It makes the connection between Novaci (in the Gorj district) and Sebes (in the Alba district), it’s the link between two historical regions of Romania (Oltenia and Transilvania).  It was the first time I saw this so much-talked-about road and I must truly admit that it is as amazing as everybody says.
A bit dangerous if you are not an experienced driver, as the road is not at all straight and it takes you round and round until you find yourself on top of the mountain, where there’s nothing more than the rocks and the sky full of clouds. On the way to the top of the Transalpina, we passed the Tau Bistra and Oasa Lakes.

The most beautiful part of the road are 30Kms between Obarsia Lotrului and Ranca. 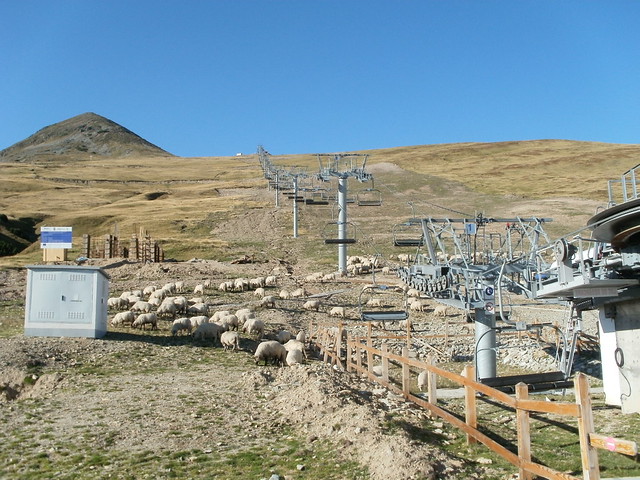 For the night we stayed at Ranca, a small mountain resort, but it didn’t impress me too much. Not very well taken care of, it had a rather deserted look. But the mountains surrounding it compensated for all that the humans didn’t manage to achieve. We took an afternoon walk to one of the high cliffs nearby, but some of us got tired on the way and stopped to rest, although the hard wind could barely let you breathe. The others were braver and got to the top, on Papusa cliff at about 2136m high. 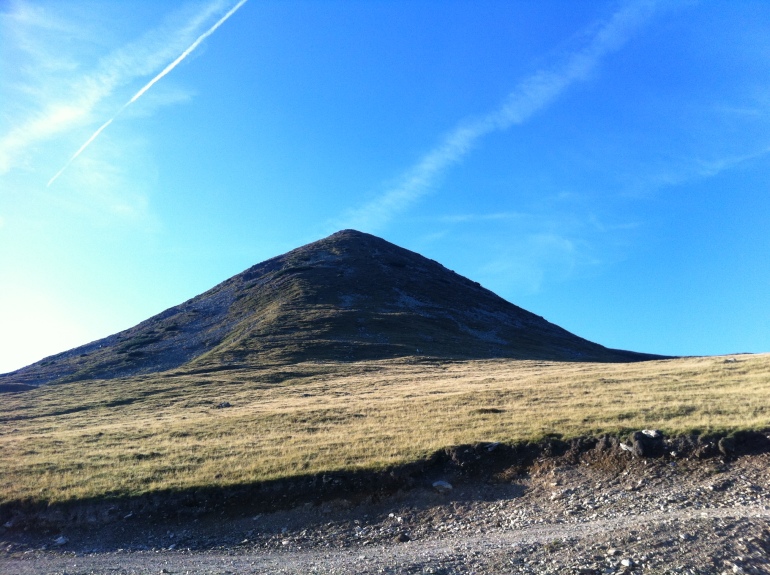 Thursday was our second day of the trip and it was dedicated to exploring caves. After finishing the 140km of the Transalpina, we went to the Muierilor and Polovragi caves, situated in some small villages in the Gorj county. I had seen them as a child, but I had totally forgotten about them. I liked what I saw, what nature creates around us is always amazing, but these caves became too touristic and too commercial for what I expected and so they lost a little of their authenticity. But still they are worth exploring.

The Muierilor Cave (The Women’s Cave) is an elaborate cave system and it contains abundant cave-bear remains, as well as a human skull of a woman. The skull has an absolute age between 40,000 and 30,000 BC.

At the Muierilor Cave there where a lot of tourists and also a big waiting line t0 get in, so some of us took advantage of this time to climb to the nearby Baticu Pass, for a spectacular view. 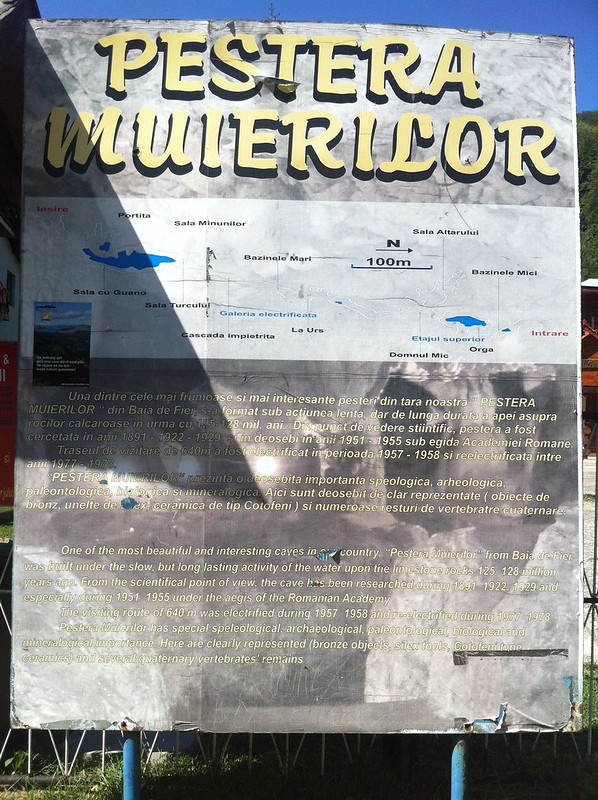 The Polovragi Cave is situated in the beautiful Oltet Gorges and it is a long cave, over 27000 m (900m electrified). The gorges, with parallel walls, at 3-4 m distance in the lower part and 10-20 m in the upper part, let pass only a little light, but one can see many erosion levels, with many caves, most of them inaccessible. These could be our next adventure. 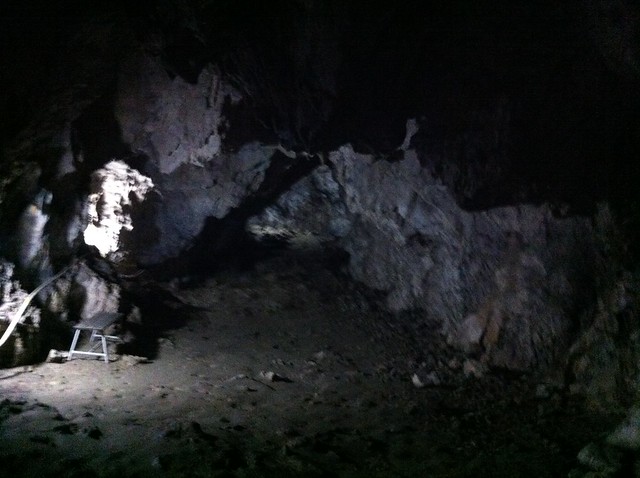 After the caves, we continued our trip and arrived to Baile Herculane for the night. Baile Herculane is a spa town where, the Legend says, Hercules himself stopped to bathe and rest. For us, this small spa town situated in the valley of the River Cerna, in the Caras-Severin county was just a quick stop for a night and for a quick swim at one of the local pools. Nothing too spectacular, nothing special.  The buildings are old and not all preserved, everything looks as if we turned 30 years in time.

After the quick swim we continued the trip and went further south, to Orsova, until we got to the border with Serbia and hit the Danube. We stopped at Eselnita, a small village on the left river-side of the Danube, close to the place where this river enters Romania. For me it was the best place from all of the trip. We had a little house just for us with a pontoon right to the Danube. In front of us there was the river, surrounded by mountains. In the first day we just sat and enjoyed the view. We didn’t need anything more than just look around us and be amazed again by nature and its wonders. 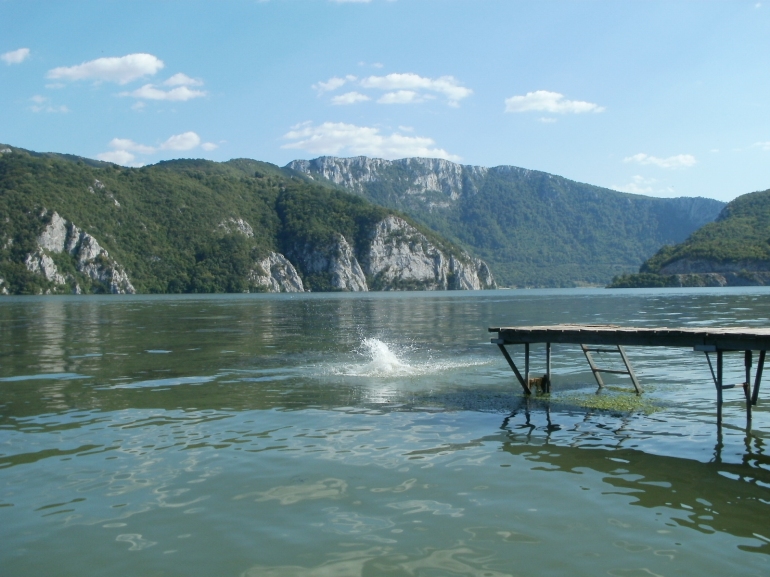 On Saturday we took a boat trip on the Danube to see the surroundings in the Danube’s Gates, the statue of the Dac king Decebalus, Mraconia monastery, Dubova Gulf and the Veterani and Ponicova caves. 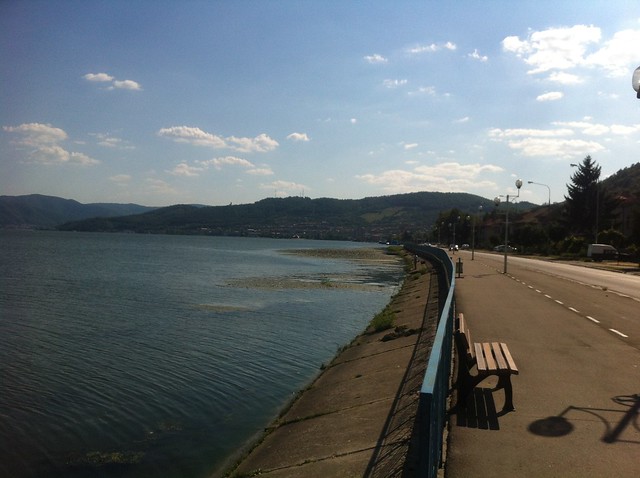 After the boat trip we decided to take a deeper look at the Ponicova cave and went to explore it. The Ponicova Cave is situated near the Dubova village in the Ciucaru Mare mountain. The cave has two entries, one directly from the Danube and one from the gorges of the old river Ponicova, from the DN57 road.

It’s not a touristic cave, so this time we really felt that we had a adventurous experience. With flash lights in our hands we enter (I must admit that I was a bit scared) and found a marvelous place.
High rooms, hidden places, darkness surrounding us. 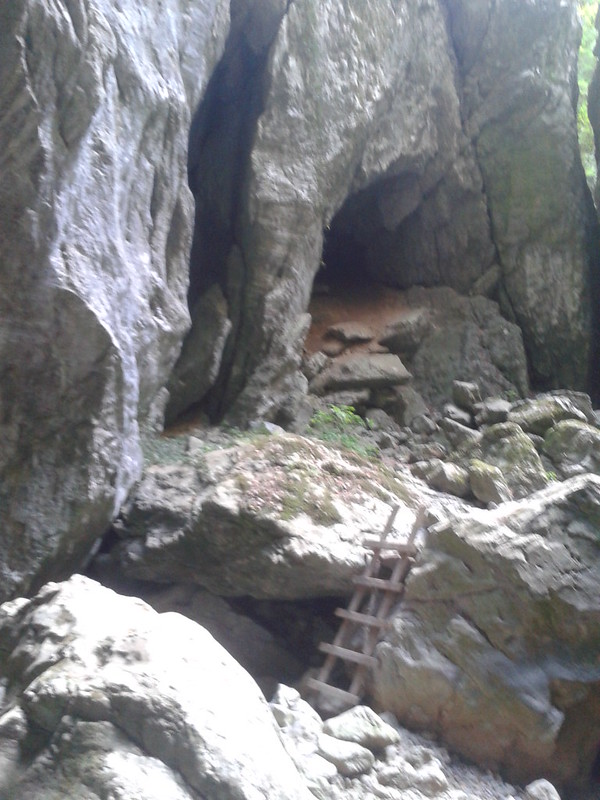 The last day was just to relax and get some rest after all the kilometers and the places we visited. We chose a small pension in a village near Drobeta Turnu Severin again on the riverside of the Danube. We did nothing but go swimming, have a beer or two and enjoy reading a good book.

Overall it was a great trip, with places that amazed me and impressed me in the most pleasant way possible, but still I returned home with a feeling of unhappiness. Mostly caused by the fact that, although Romania has all these beauties, we don’t know yet how to offer quality services so that tourism can develop quicker.