[Germany] Munich and its surroundings

3 days in Germany! Yay! Still my favorite country in Europe. After three years of going to Berlin, this time it’s Bavaria time! So here we are, on a Friday morning, very early, in a plane (enjoying the German Alps and the sunrise) supposed to land to Memmingen, somewhere 100 kilometers from Munich.

After staying in the air for about an extra hour, not being able to land in Memmingen due to the fog, we finally arrived to this lovely Bavarian town somewhere at noon time. It wasn’t planned to have a trip in Memmingen, but since we found ourselves there, we said we should give it a try. 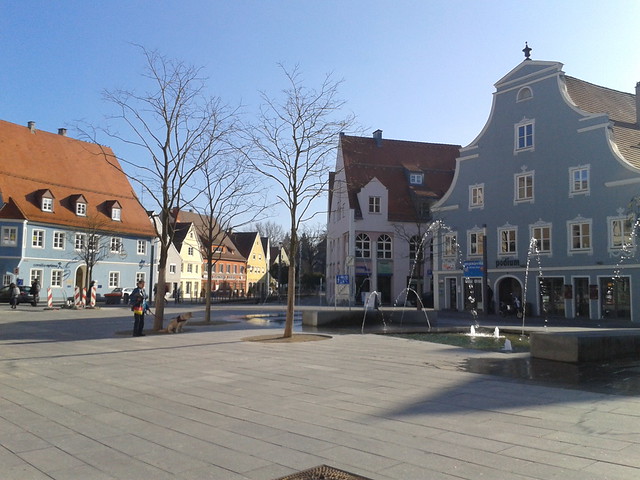 And it really was a wise decision as this town really mesmerized me. A small, typical Bavarian town with old buildings, some baroque, some medieval, some dating from the Roman times.

We walked around the streets, not knowing exactly where we were heading for about 2 hours. Trying to find some traditional wurst to eat, we found instead a nice, calm and clean town, with relaxed people, enjoying the sunny autumn day. Instead of the wurst, we found a bakery and chose a pretzel with cheese and green onions, absolutely delicious. 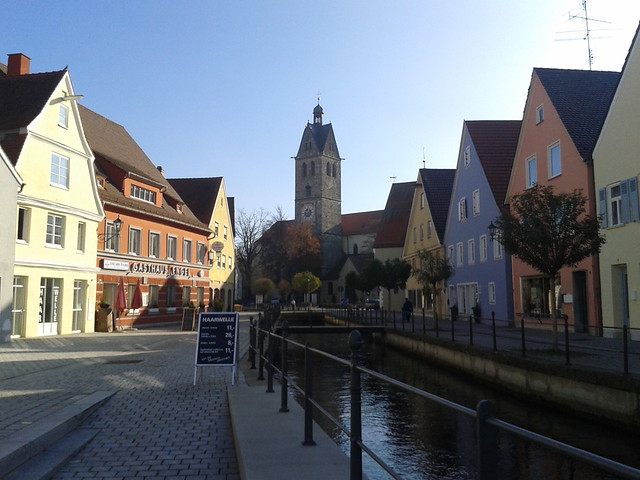 Memmingen is somewhere at about 100 kilometers from Munich very easy reachable by train or bus, so it’s really worth seeing if you’re visiting Munich. 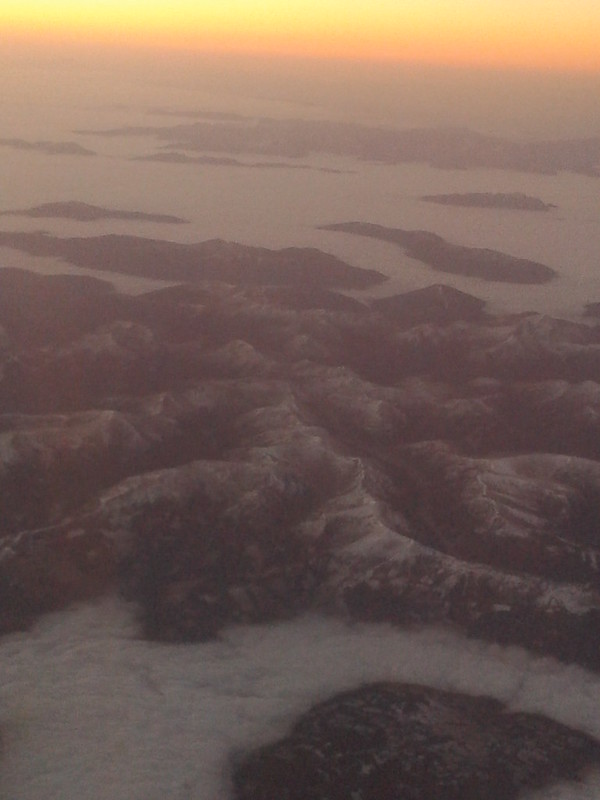 On Saturday we woke up a bit late after going to a party on Friday evening and waking up at 4 AM the day before so we just walked around Munich.

We chose a hostel right in the center of the city, the Wombats Hostel, which I honestly recommend. Great location and excellent accommodation condition. A bit more expensive than a normal hostel (35 EUR/ night/person in double room), but good quality for this money. 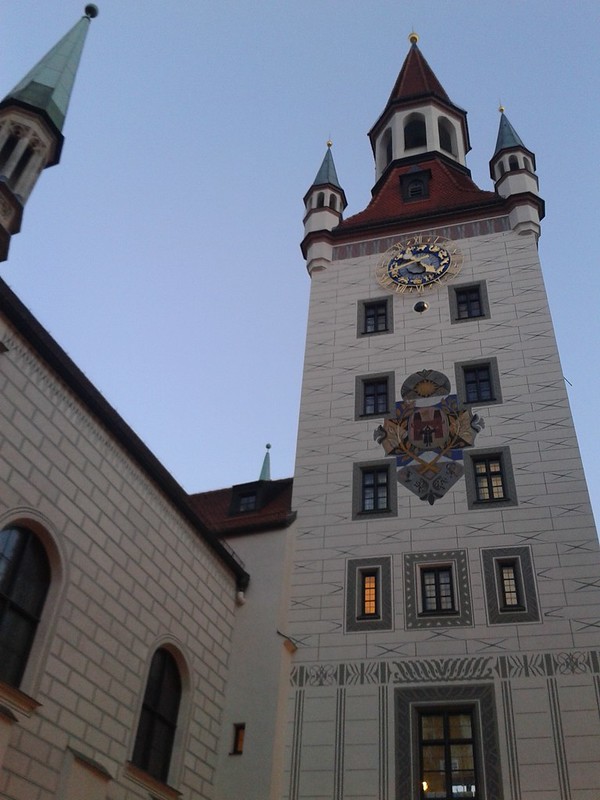 We did not have the chance to visit too much of Munich, as we got a bit lost in a record shop looking for some nice music and then a good friend from Stuttgart came for a beer and this was basically our day/night.

We walked in the city center for about 2 hours, went to the City Hall and the Frauenkirche and walked by the big shopping boulevard. It was a really crowded evening in Munich, the Christmas Fair was about to open, everywhere you looked it was full of people. 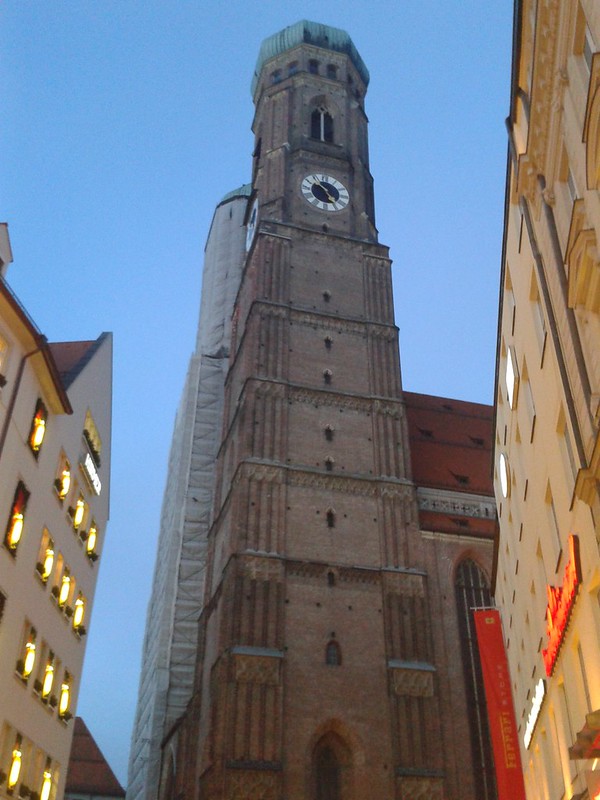 I wish we also would have gone to the famous English Garden and maybe visit some more of the old city, but it wasn’t enough time for this trip.

On Sunday we decided to go to the Dachau Concentration Camp. Easily to reach from Munich by S Bahn and a bus, we stayed there for about 4 hours. It was the first time I saw a Nazi concentration camp and I found it quite impressive.

I read a lot about the history of this type of camps and going there just helped me understand even more what happened to all the people ending up in such a camp. 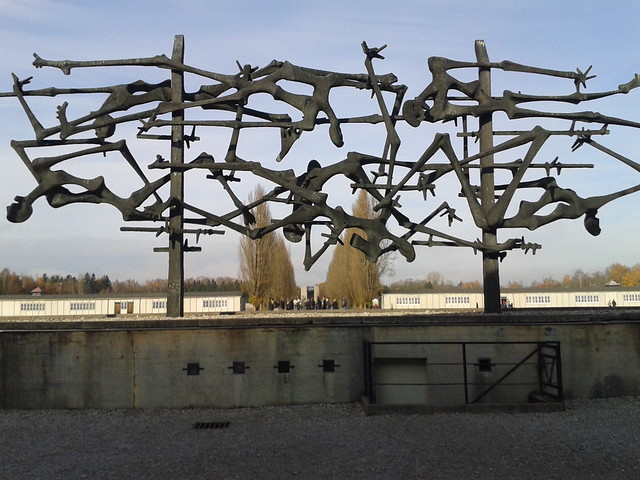 Besides the barracks, the crematorium and the bunker, there is also a museum which presents all the history of the Dachau Concentration Camp, how it was opened, which was its initial purpose and what happened there until is was closed. It also presents the full story of the Hitler period and the political situation back then. 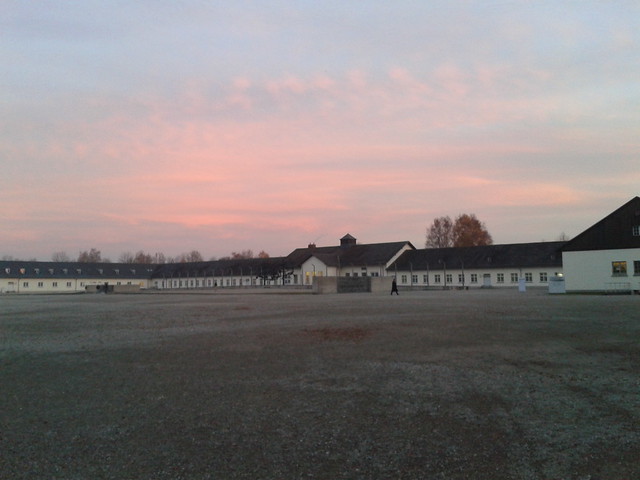 You can chose to take an audio guide for only 3,5 EUR which will give you detailed information about everything you see in the camp. You can also chose to take a shorter tour of about two hours, but if you really want to have the whole picture of what happened, you should go for the detailed tour of about 3,5 – 4 hours. The entry to the camp is free. 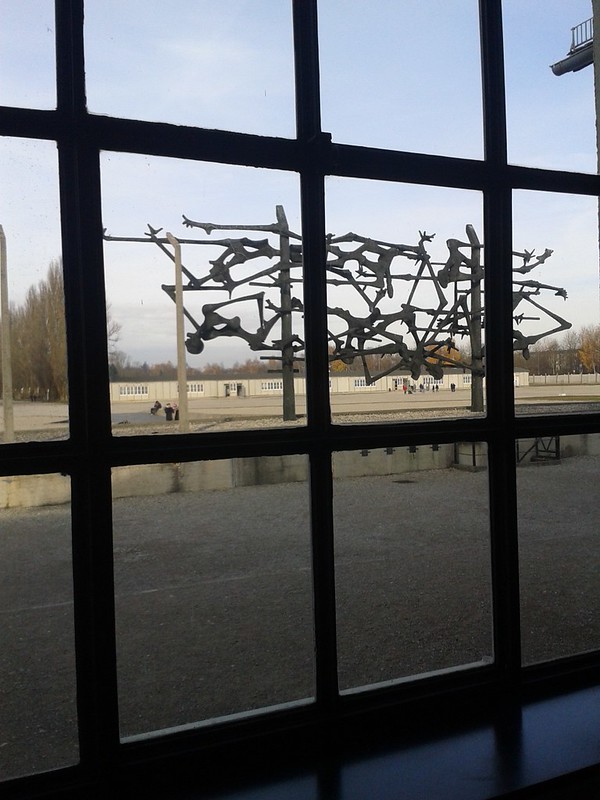 After coming back from the camp, we went to the Allianz Arena and this was all of our short trip to Munich. On Monday we got back to Bucharest after again having trouble with the fog and the plane not being able to take off.

As a conclusion, a personal one, for me Germany strikes again! 🙂

To do when going to Munich : try the Weiß beer, the pretzel and the weiß wurst

Preferably not to do : it would be better to chose a warmer period of the year, this way you will be more in the mood to visit, than enter a pub every half an hour for another beer 🙂