In the district of Salaj, close to the cities Zalau and Jibou lies a 2000 years old Roman city, with a surface of over 500ha. Nowadays, most of the buildings have disappeared, but traces of the life in the Romans and Dacians era are still visible.

We got to Porolissum on a sunny Saturday evening, when no one was there, except some dogs and a shepherd with his sheep. Just the perfect set up to make us feel like we were actually going back to the year 106 A.D. when this Roman city was built.

I don’t know if it were the ruins that we saw there, or that everything around us was so fresh and green, but it’s like we entered a different world, thinking that this was where our ancestors have began building what we, as people, have today.

I can now understand why the Romans tried so hard to conquer Dacia, just by looking what lies around of these ruins : endless green fields, sorrounded by dark forests. Who would not want to live in a place like this?

The amphitheater at Porolissum is the greatest public building known in Roman Dacia. Initially build of wood during the ruling of emperor Hadrian, it was rebuild in 156 A.D. using stone and it had a capacity of 5000 spectators.

The archaeological site of Porolissum contains an important prehistorical center , as well as Roman forts, earth banks, ditches and defense walls, two Roman forts, civil settlement on the large fort, the Roman necropolis and the Roman Amphiteathre. All these elements of Roman civilization formed a military and urban center that was the capital of Dacia Porolissensis, organized by Emperor Hadrian. 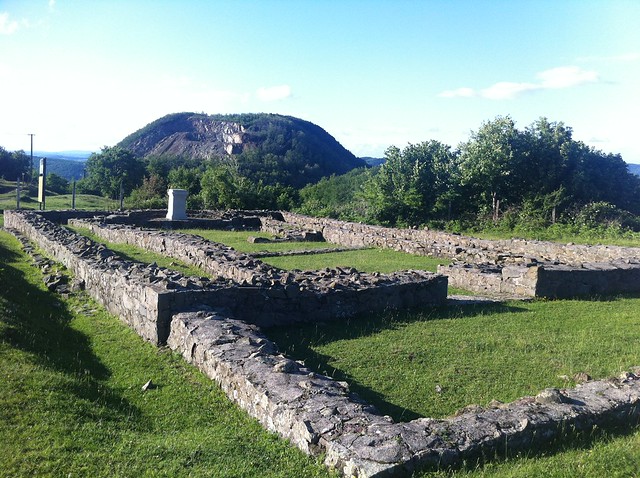 To get to Porolissum you have to find the Moigrad Porolissum village. From Zalau, take the road DN191C. It’s very well signaled, so you will see posters all the way there. For more info visit the official website here.