So here we are, in our 3rd day in Stockholm, a bit cold from all the wind that had hit us in the previous days, but still with some energy and good vibe left to explore the city even more. So far, first two days (Day1 and Day 2), we did a lot of walking and visiting, but on this day we decided to take it easy and just have a nice walk in the city center and relax a bit. 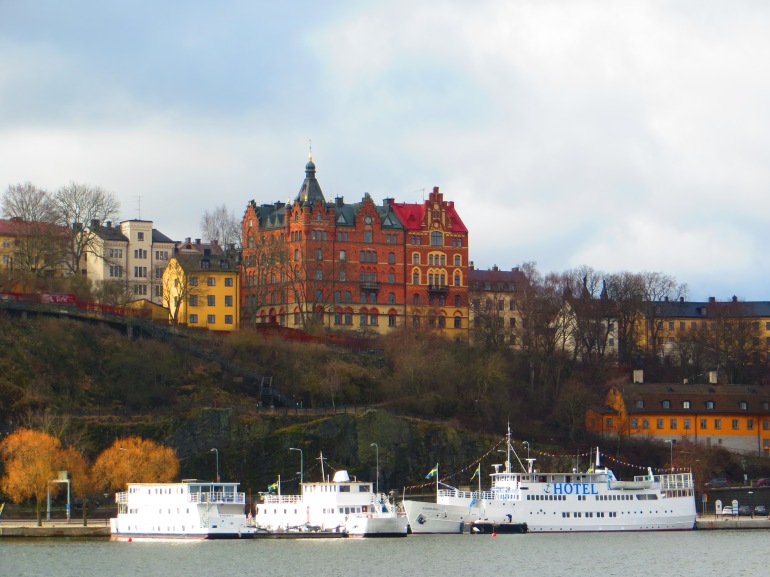 We first went to the Ericsson Globe, to climb up on the top for a nice view over the city. This was also included in the Stockholm Pass and it offered us the chance to see the city from up above and lucky us, it was a clear sky so we did see quite a lot. 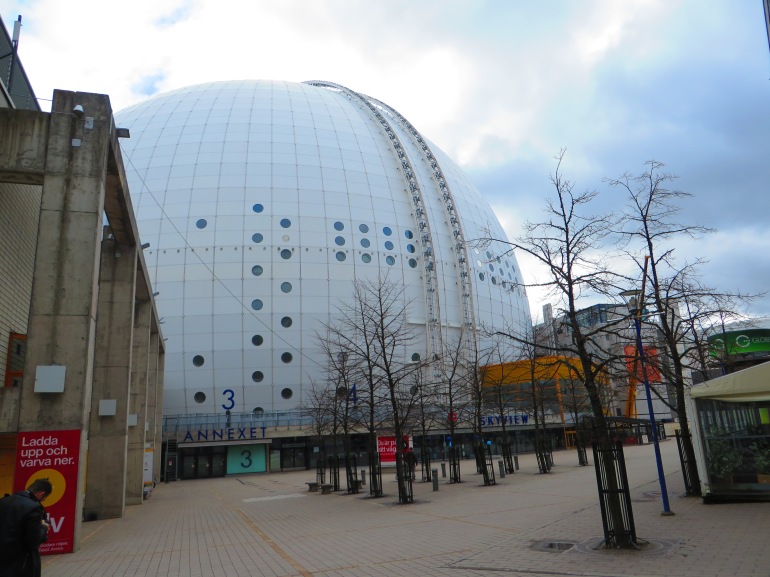 Ericsson Globe (originally known as Stockholm Globe Arena, commonly referred to in Swedish simply as Globen (The Globe) is an indoor arena located in Stockholm Globe City, Johanneshov district of Stockholm. The Ericsson Globe is the largest hemispherical building on Earth and took two and a half years to build. Shaped like a large white ball, it has a diameter of 110 metres (361 feet) and an inner height of 85 metres (279 feet). The volume of the building is 605,000 cubic metres (21,188,800 cubic feet). It has a seating capacity of 16,000 spectators for shows and concerts, and 13,850 for ice hockey. 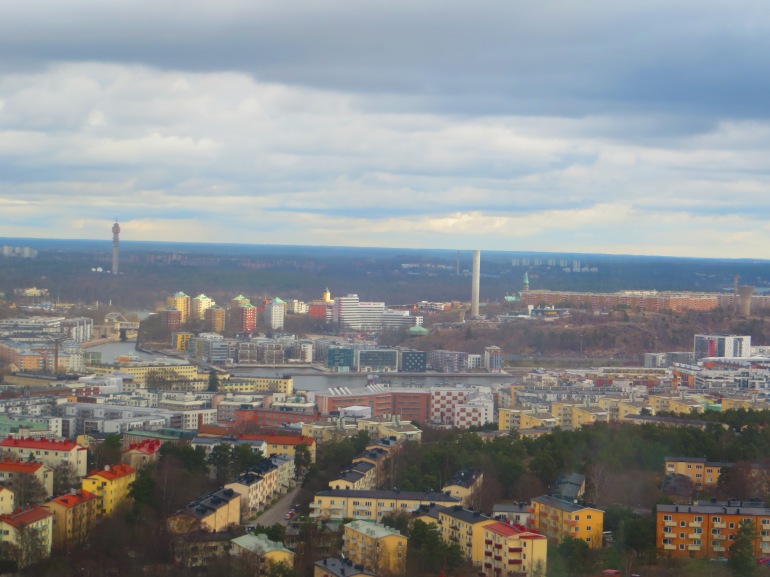 It represents the Sun in the Sweden Solar System, the world’s largest scale model of the Solar System. A trip on top lasts only about 10 minutes, but it’s worth giving it a try if the weather looks good. 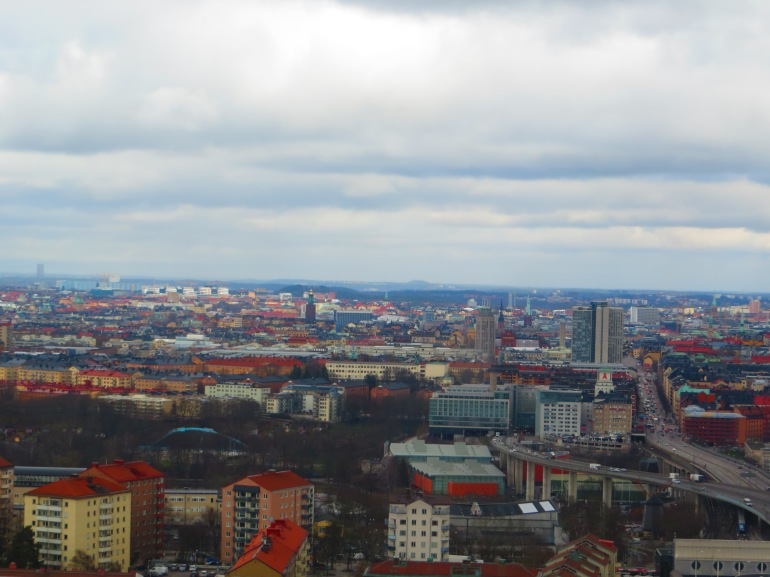 For the rest of the day, we just wondered on the streets in the city center, went into some local markets, walked in the old city center and just enjoyed the calm atmosphere of Stockholm on a nice almost sunny day. 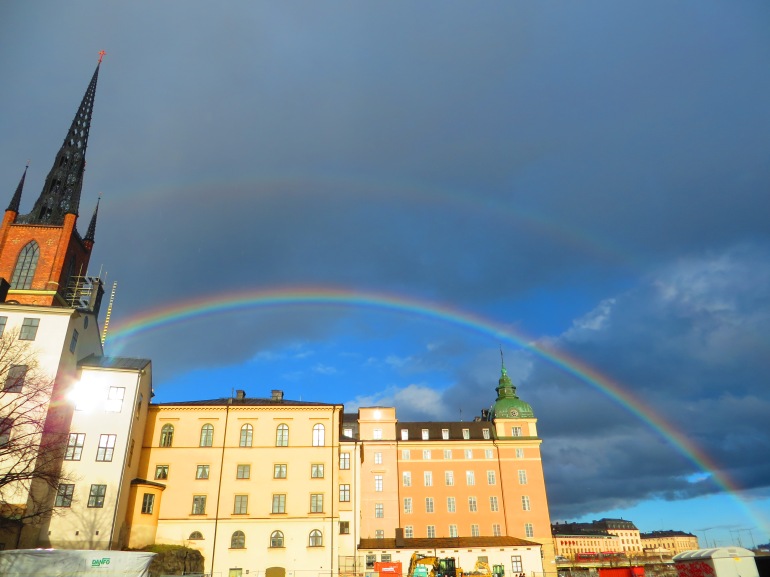 Gamla stan (The Old Town), until 1980 officially Staden mellan broarna (The Town between the Bridges), is the old town of Stockholm. Gamla stan consists primarily of the island Stadsholmen. Officially, but not colloquially, Gamla stan includes the surrounding islets Riddarholmen, Helgeandsholmen, and Strömsborg. 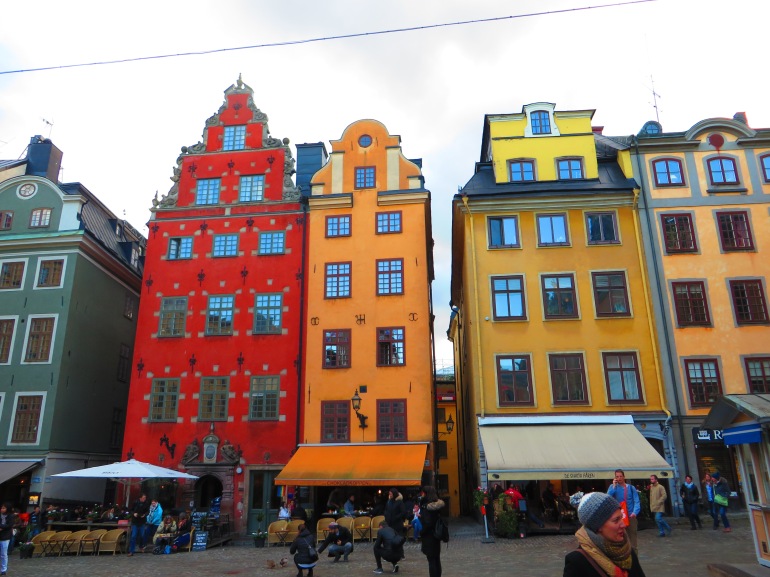 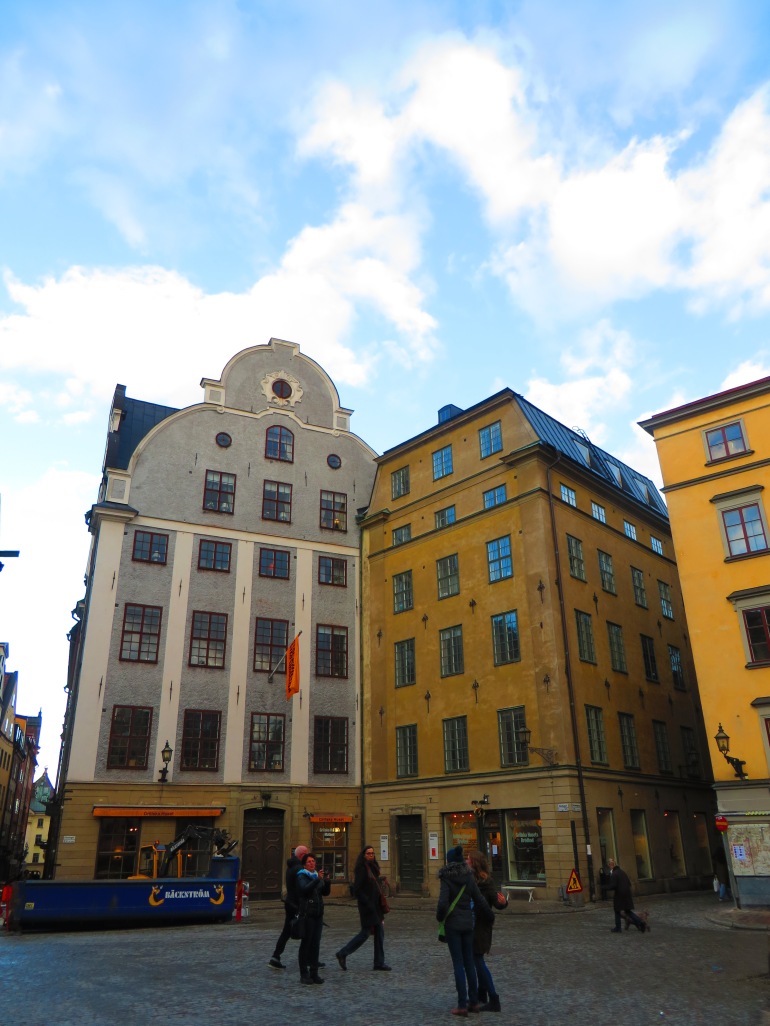 The town dates back to the 13th century, and consists of medieval alleyways, cobbled streets, and archaic architecture. North German architecture has had a strong influence in the Old Town’s construction. Stortorget is the name of the scenic large square in the centre of Gamla Stan, which is surrounded by old merchants’ houses including the Stockholm Stock Exchange Building. The square was the site of the Stockholm Bloodbath, where Swedish noblemen were massacred by the Danish King Christian II in November, 1520. The following revolt and civil war led to the dissolution of the Kalmar Union and the subsequent election of King Gustav I. 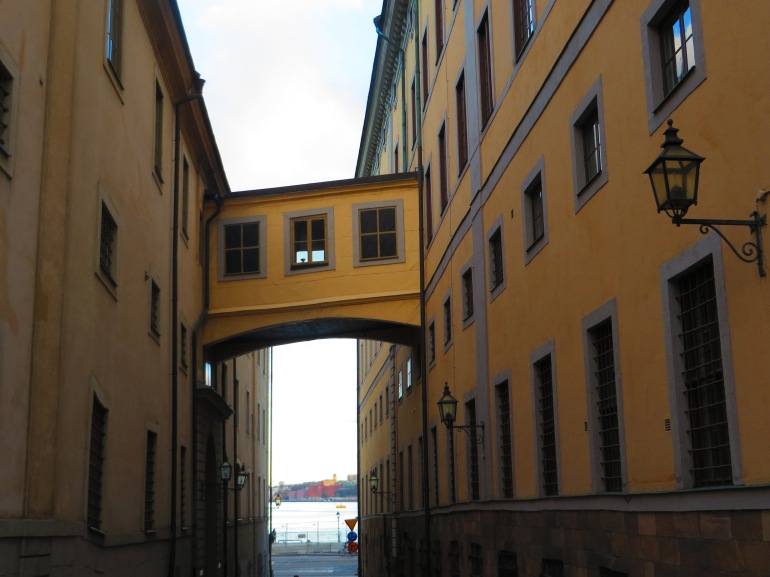 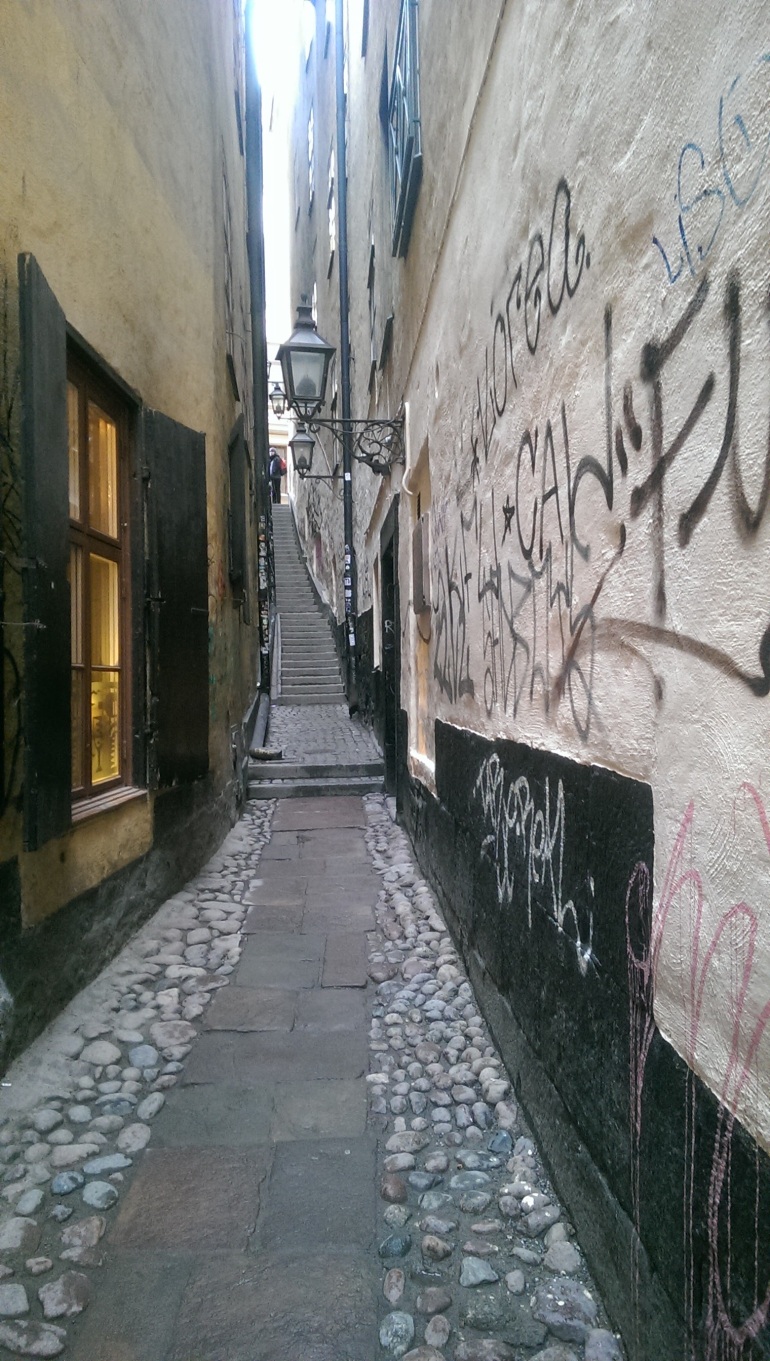 As well as being home to the Stockholm Cathedral, the Nobel Museum, and the Riddarholm church, Gamla stan also boasts Kungliga slottet, Sweden’s baroque Royal Palace, built in the 18th century after the previous palace Tre Kronor burned down. The House of Nobility (Riddarhuset) is on the north-western corner of Gamla stan. 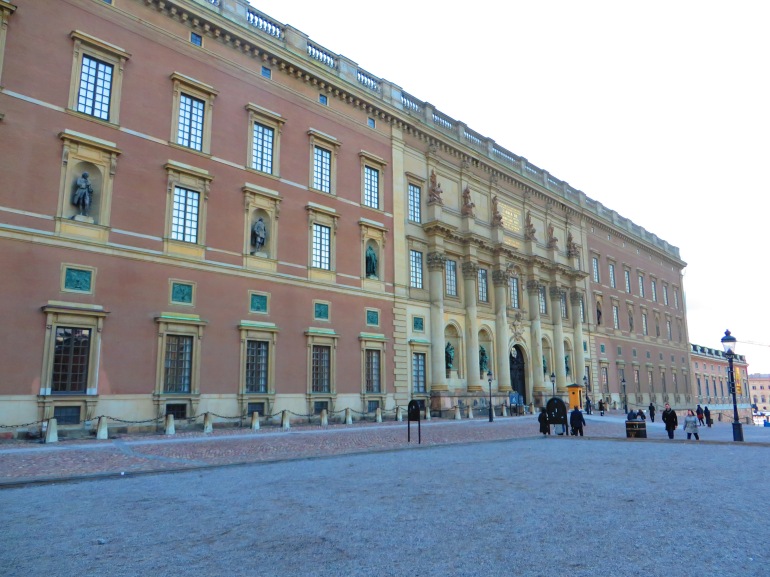 From the mid-19th century to the early-mid 20th century Gamla stan was considered a slum, many of its historical buildings left in disrepair, and just after World War II, several blocks together five alleys were demolished for the enlargement of the Riksdag. From the 1970s and 80s, however, it has become a tourist attraction as the charm of its medieval, Renaissance architecture and later additions have been valued by later generations. 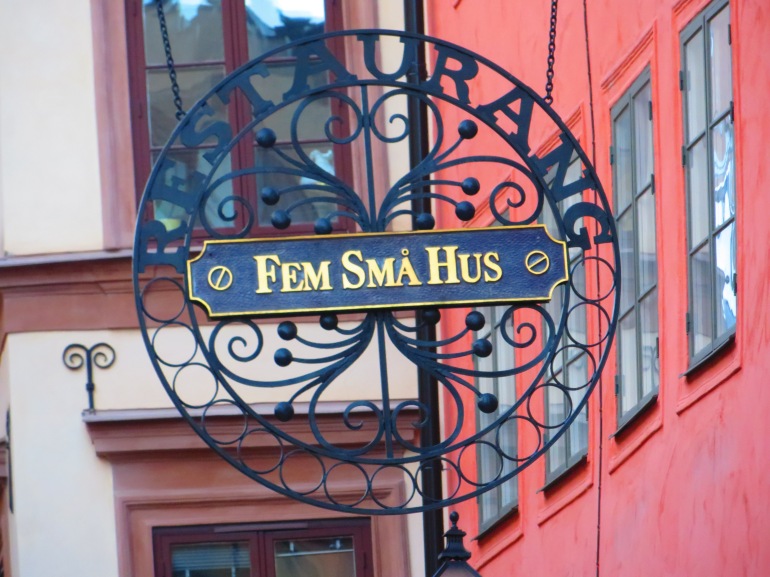 While the archaeology of the 370 properties in Gamla stan remains poorly documented, recent inventories done by volunteers have shown many buildings previously dated to the 17th and 18th centuries, can be up to 300 years older. There is also a metro station in Gamla Stan with the same name. 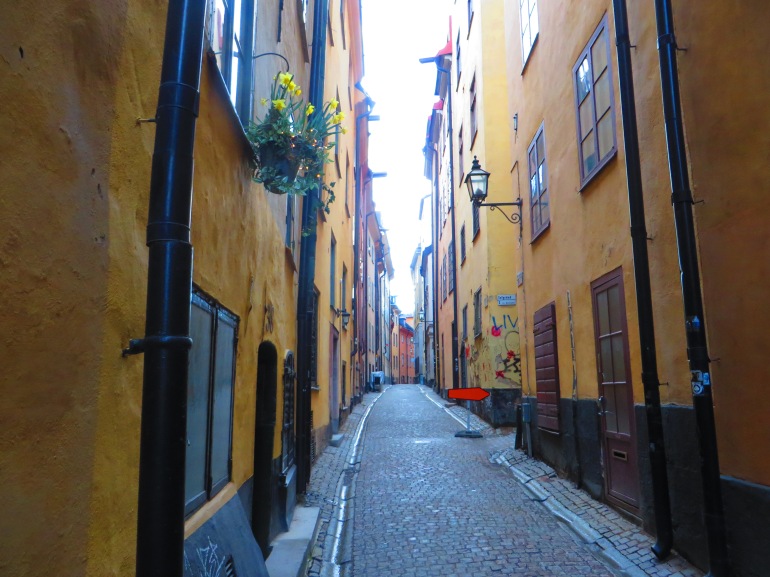 Stockholm is not a vibrant city, at least not in terms of night life. You won’t see something similar to Berlin, on the streets during the weekend. It’s quite calm, with few people actually going out to clubs and parties. Locals say that it also lacks culture, so there isn’t even something big happening in this area either. 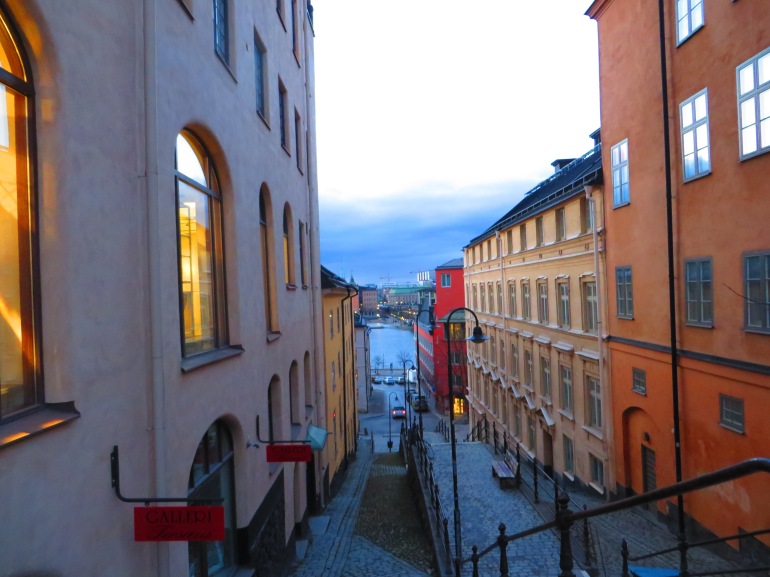 It’s a calm and relaxing city, with a clean and not at all crowded city center, with not so many touristic places. Still it was a lot to offer for a tourist and the infrastructure is so well built that it does offer a tourist all the comfort and information needed to check everything out. 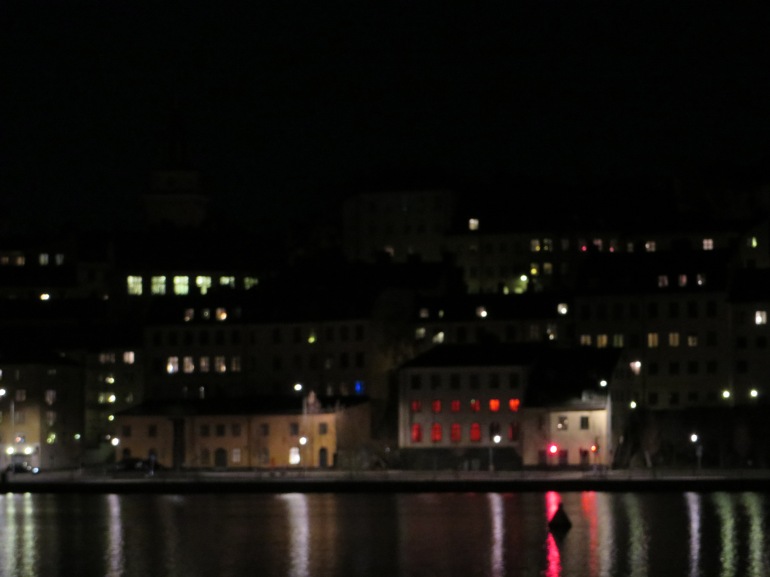 We visited Stockholm in April and some of the attractions were not open yet, because winter was not finally over. So when planning a trip in this beautiful city do bare in mind that winters are long and some places may not be available for visiting. 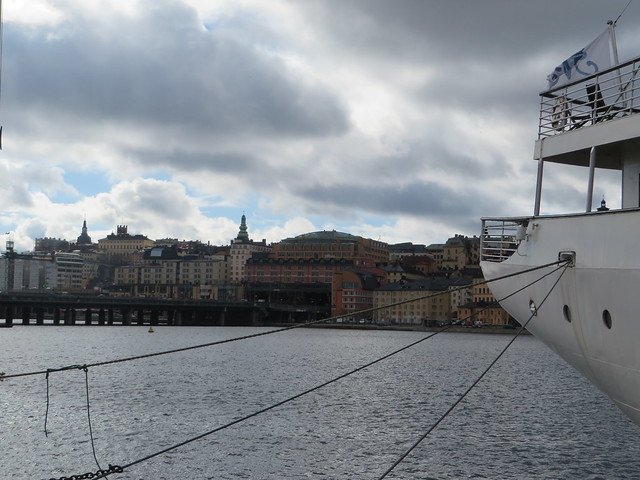