We just got back from a party/visit weekend in Rotterdam and I must admit that now I admire the Dutch even more. For their lifestyle, for their way of having everything organized, even if at first sight it all may look like a mess, for their relaxed attitude. I have been to Netherlands before, to Amsterdam, The Hague and Haarlem, but Rotterdam is my favorite city from what I’ve seen so far. 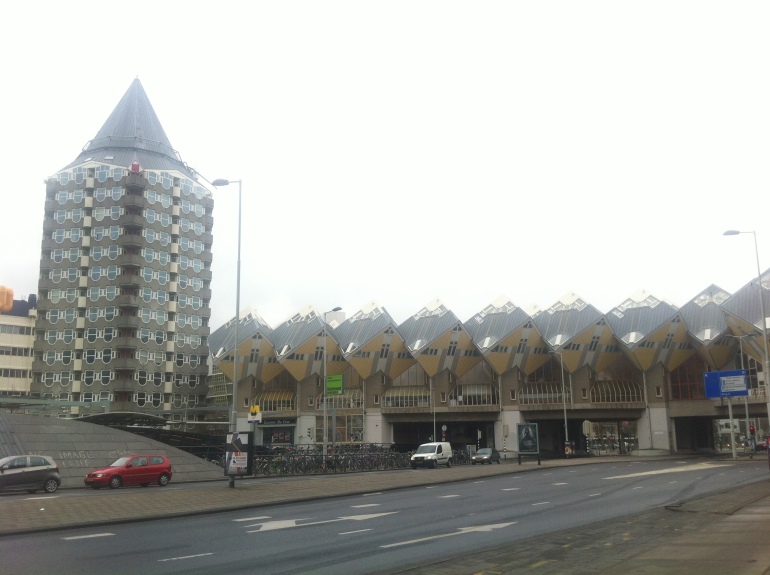 We started our trip with some small issues, took a flight from Bucharest to Brussels and then we had some train tickets bought in advance, but when we got to the train station we found out that the train was cancelled. So we had to take another one with 3 stops, so instead of arriving in Rotterdam after 1 and a half hour, we arrived 3 hours later. Anyway, try not to travel with Fyra, this is what happens. Arriving in Rotterdam Central Station, we wanted to take the metro, but you could only buy tickets with coins or credit card and of course, we didn’t have any of that. Finally we got some change, but then my mobile phone battery went down, so we couldn’t access the map anymore to reach the hotel (lessons learned – printed maps are always better than smartphones).

Finally, somewhere after midnight, we found the hotel, left our luggage and headed off to the party that was actually our main reason for this trip. It was nice to listen to good music (after about 4 months of not going to a proper party) , to see old friends again, to dance and to meet new people.

The next day we managed to get out of the hotel around noon, with a bit of a hangover, had lunch in a nice restaurant near the Erasmus Bridge and then walked around the city for a couple of hours until our friends called and we ended up in a bar drinking beers until we went back to the hotel. We only walked to the Erasmus Bridge and saw the lost luggage and the New York hotel and some of the big and impressive buildings near by.

Everywhere you walk in Rotterdam you see construction sites, there is something being built every day. It’s as if they build something, they see the final result, they don’t like it, they tear it down and build something else in no time.

The next day, on Sunday, we were supposed to leave at about 3.00 PM, so we woke up early and walked some more around the city. We first took a ride with the Spido boat which takes you to the Rotterdam harbor. It lasts 75 minutes and it shows you all the harbor’s activity. Being one of the largest in the world, it’s quite impressive to see what this actually means. All the systems of carrying and moving containers, of preserving the goods and making sure that they get in time to their final destination are just clear evidence of the fact that the Dutch, as a people, are smart and practical, and that their minds sometimes create things that look like they come from a future era.

After the trip with the boat, we headed to the city center and just walked around until it was time to go to the train station to catch the train back to Brussels. I really admire what this city looks like and I think that it’s my definition of a modern city. Buildings are new, with shapes that sometimes defy the laws of gravity, nothing looks the same, there is no pattern that is followed, but yet everything looks in its right place, every shape fits perfectly in the whole picture, not too crowded, not to empty. And the people just fit perfectly. You can see them riding bikes all the time and jogging all around the city on a cold Sunday morning.

For planning the trip, I found a very good mobile application with a city guide on the Rotterdam.nl website. You can download it from here. The application shows you on the map all the highlights and also has for each of them a description and for most of them an audio guide. You can download it for free and it uses your smartphone’s GPS connection to locate you on the map.

For accommodation we chose the Euro Hotel Centrum close to the metro, the train station and to all the highlights of the city. We actually didn’t need to use public transportation anywhere, because everything is in walking distance.

Overall, it was a very nice trip, with seeing cool places, meeting nice people, enjoyed it to the maximum. Maybe the only thing I could complain about is that I would have wished to be a bit warmer 🙂 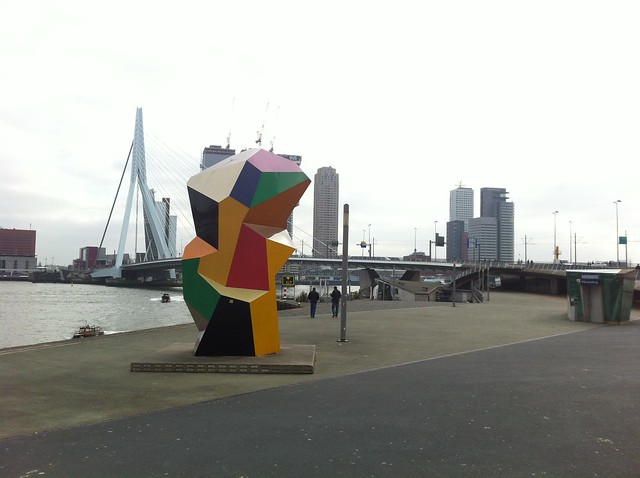