This is the place where I felt like going back to the Middle Age, when people believed in magic and witchcraft, when there was a strong belief in a very powerfull force that actually ruled the world and decided the way things should happen.

Cârţa Monastery is a former Cistercian monastery in the Ţara Făgăraşului region in southern Transylvania in Romania, in the village that gives the monastery’s name and was founded in 1198 by monks from Igriș abbey (daughter house of Pontigny abbey), and was disbanded in 1494, when the apostolic legate Ursus of Ursinis ratified Cârţa Abbey’s attachment to the Provostship nullius of Sibiu. The Cistercian monastery introduced and helped develop French Gothic art in the region.

The first buildings of the monastery were built, according to Cistercian customs, using perishable materials, most probably wood. These can be dated relatively confidently as having been built in the founding period (1205-1206). A few years later, approximately 1210-1215, a stone chapel, the oratorium, was built close to the original wood buildings.

The Cistercians had a very strict lifestyle and focused all their work on the benefit of the seculars. They brought to Cârţa varieties of noble vines all the way from Burgundy. They say that due to their severe eating diet, wine was the only thing giving them strength.

In summertime, the monks from the Cârţa Abbey used to go to their mother abbey from Pontigny, France, to learn about the latest discoveries. In order to build a better defence against their enemies, they built two grottoes near the monastery, where they could hide. Legends say that they even dug a tunnel from the church altar to the Olt river.

The priest from the village is in charge with taking care of this Abbey now. There are no specific visiting hours, just knock on his door (he lives right next to the Abbey). For a 3 lei entrance fee, he will give you the key to the Abbey and let you explore it ar your own pace. It’s not a very turistic place, so most probably you will be all alone and this beautiful and unique building. 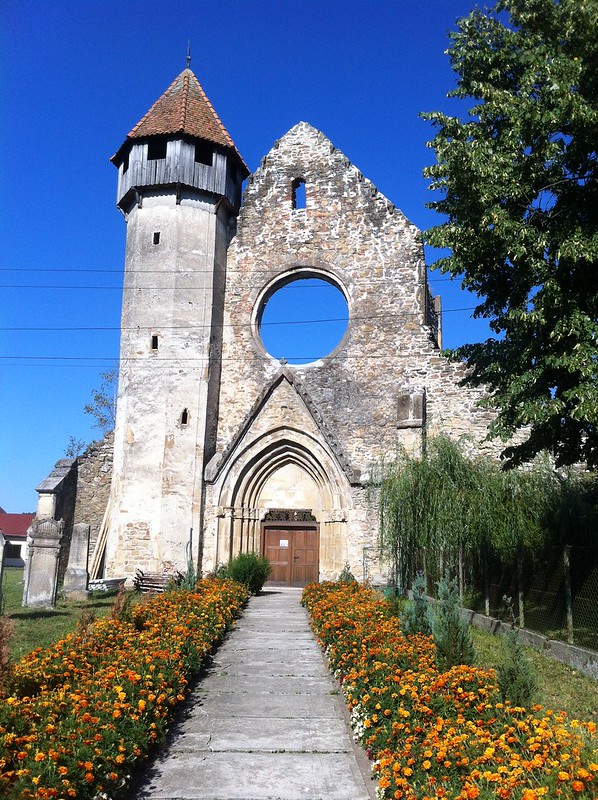