The third day of Istanbul was for sure a very busy and exhausting one. We checked Hagia Sopia, The Blue Mosque and we had a serious round of shopping in the Grand Bazaar and the Egyptian Bazaar. 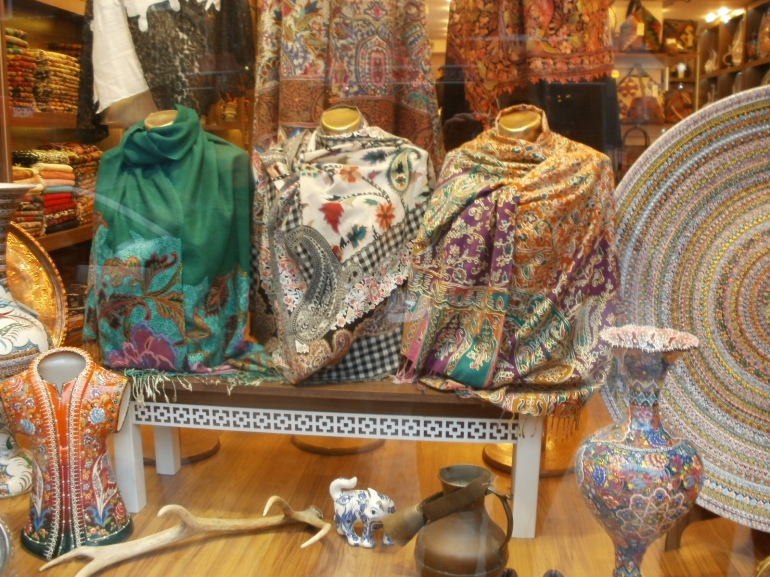 Hagia Sophia is a former Greek Orthodox patriarchal basilica, later an imperial mosque, and now a museum. From the date of its construction in 537 until 1453, it served as an Eastern Orthodox cathedral and seat of the Patriarchate of Constantinople, except between 1204 and 1261, when it was converted to a Roman Catholic cathedral under the Latin Empire. The building was a mosque from 29 May 1453 until 1931. It was then secularized and opened as a museum on 1 February 1935. 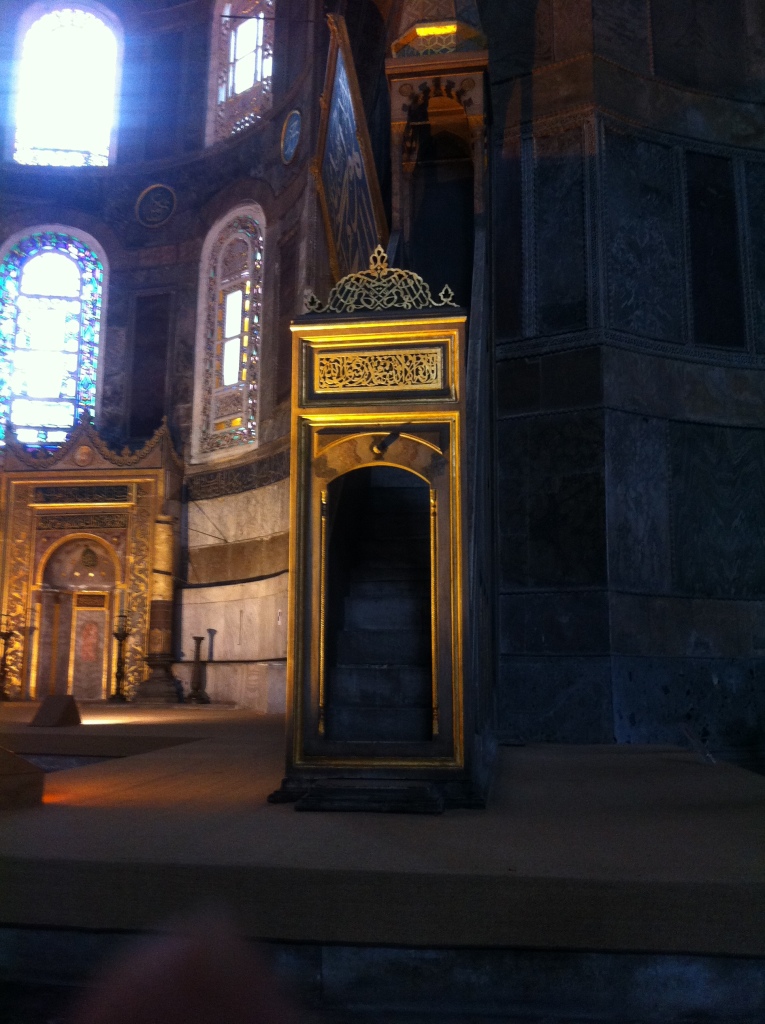 The Church was dedicated to the Wisdom of God, the Logos, the second person of the Holy Trinity,its patronal feast taking place on 25 December, the commemoration of the Birth of the incarnation of the Logos in Christ. Famous in particular for its massive dome, it is considered the epitome of Byzantine architecture and is said to have “changed the history of architecture. It remained the world’s largest cathedral for nearly a thousand years, until Seville Cathedral was completed in 1520. The current building was originally constructed as a church between 532 and 537 on the orders of the Byzantine Emperor Justinian and was the third Church of the Holy Wisdom to occupy the site, the previous two having both been destroyed by rioters.

In 1453, Constantinople was conquered by the Ottoman Turks under Sultan Mehmed II, who ordered this main church of the Orthodox Christianity converted into a mosque. By this point, the Church had fallen into a state of disrepair. Nevertheless, the Christian cathedral made a strong impression on the new Ottoman rulers and they decided to convert it into a mosque. The bells, altar, iconostasis, and sacrificial vessels and other relics were removed and the mosaics depicting Jesus, his Mother Mary, Christian saints and angels were also removed or plastered over. Islamic features – such as the mihrab, minbar, and four minarets – were added. It remained a mosque until 1931 when it was closed to the public for four years. It was re-opened in 1935 as a museum.

The main building is now under renovation so part of it is not open for visiting. The entrance fee is 25 TLR and it has normal visiting hours.

Right next to Hagia Sophia, you will see the Blue Mosque.

It was built from 1609 to 1616, during the rule of Ahmed I. Its Külliye contains a tomb of the founder, a madrasah and a hospice. The Sultan Ahmed Mosque is still popularly used as a mosque. This is why it’s a good idea to check first when it can be visited, because there are certain hours during the day when it is closed for visiting and only open for prayers. 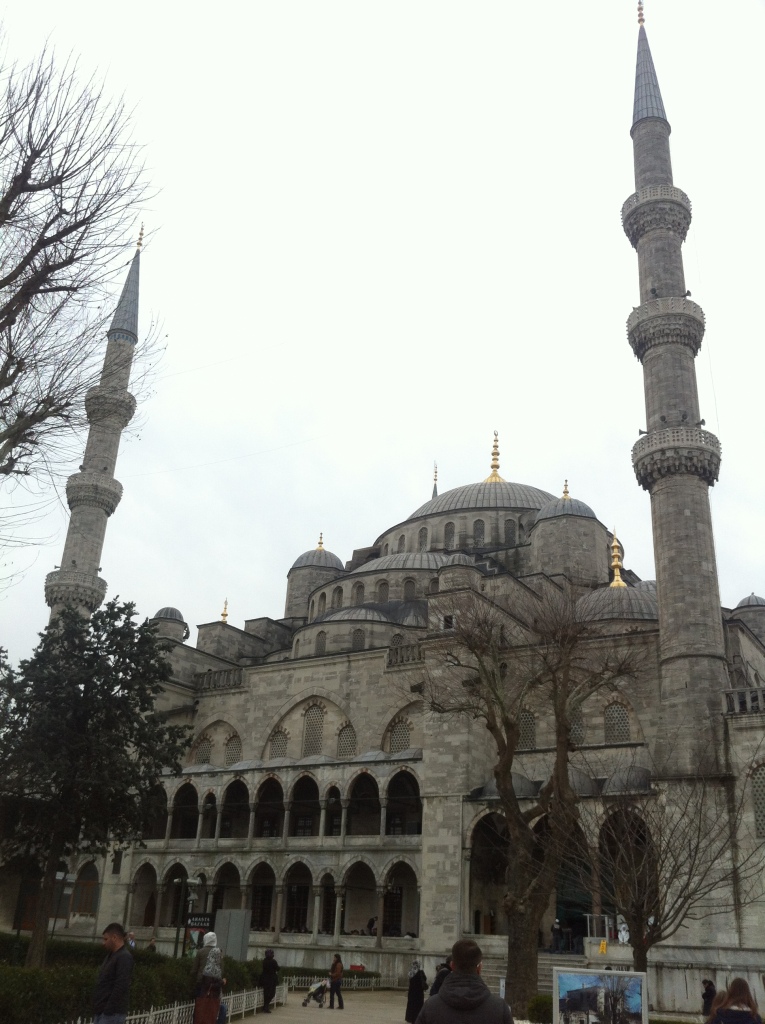 You can visit the mosque for free, but a certain dress code is required. Men are not allowed to have shorts and women have to cover their hair and legs. If you come unprepared, don’t worry, you will receive all the necessary at the entrance. Also you are not allowed to enter the mosque with your shoes on. There is a special entrance for tourists and you only have access to one small part of the mosque, while the ones who come for prayer have access to all the mosque.

To be honest, I was expecting something more from this mosque and the other ones we saw during the trip. Actually I don’t know what I actually expected, but I wasn’t so impressed about them. Still I admire their simple architectural style.

So, finished with the visiting, next stop : The Grand Bazaar  and the Egyptian Bazaar. 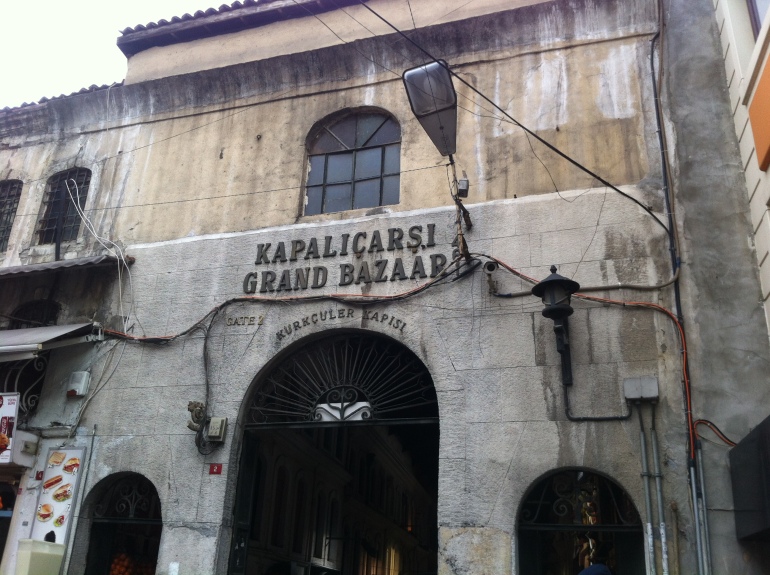 This was probably the biggest disappointments of the trip. I was expecting something totally different, more related to the Turkish culture, but instead we  found stores selling the same merchandise, from leather jackets to scarfs and bags and all sort of decorative objects.

We did get some stuff from there, but then we realized that there were other places where we could get them cheaper. The Grand Bazaar is a totally touristic place, I think it doesn’t have the Turkish charm I was imagining. The Egyptian Bazaar is close to the Grand Bazaar but it’s more with spices. Again I was expecting to get in the Heaven of spices, but we only found some tea and Turkish Delight.

That was all for the 3rd day. For dinner we went to the Galata Bridge and had some fish dishes.