[Spain] A couple of hours in Seville

We stopped in Seville after leaving Cordoba and on our way to Punta Umbria and then Portugal. We only spent there about half a day, just to have a quick glance at what this city is all about.

It was again, as you probably imagine, incredibly hot, but we did find ice cream at every street corner and that helped a lot.

Seville (Spanish: Sevilla) is the capital of Andalucia and the cultural and financial centre of southern Spain. A city of just over 700,000 inhabitants (1.6 million in the metropolitan area, making it Spain’s 4th largest city), Seville is Andalucia’s top destination, with much to offer the traveler.

The city is situated on the banks of the smooth, slow Guadalquivir River, which divides the city into two halves: Sevilla and Triana. The Guadalquivir (known as Betis by the Romans and as Betik Wahd-Al-Khabir by the Arabs) has had a major impact in the history of the city. The location of Seville is roughly coincident with the point where the Guadalquivir stops being useful for navigation. It is at this point that the cereal producing region of the Guadalquivir Valley starts, and Seville has acted as a sea-port for commerce of agricultural goods produced farther west. Intense trade existed in the area from Roman times, continued under Muslim rule, and exploded as Seville monopolized the new trade with the Americas. As the monopoly was broken and Cádiz largely took Seville’s place, the city entered a period of relative decline.

In the 19th century Seville gained a reputation for its architecture and culture and was a stop along the Romantic “Grand Tour” of Europe. Seville has built on its tourism industry since, playing host to the International Exposition in 1992, which spurred the construction of a new airport, a new train station, a bullet train link to Madrid, new bridges and improvements to the main boulevards. Tourist facilities are top-notch and the city is buzzing with festivals, color and a thriving nightlife scene.

We didn’t have too much time to visit this city as a tourist should, but we did have the chance to spend some couple of hours wondering on its streets and checking some of the major attractions.

After being in Cordoba the day before, the first impression was that Seville is too big and crowded. And yes, of course, it’s quite big and being the capital of Andalucia makes it an important attractions on the Spanish map. But still, it has a special Spanish atmosphere, sunny and pleasant, that sometimes makes you wonder why not move there and simply enjoy a relaxed life.

During our short visit, we passed by The Cathedral of Seville, Universidad de Sevilla, Torre de Oro and stopped in the Plaza de Espana. This the site of the Spanish pavilion from the 1929 exhibition. In more recent years it was used in the filming of the new Star Wars episodes.

We also had the chance to see a live Tuna band representation, which was quite enjoyable.

So this is how an almost half a day walk around Seville looks like! Watch out for the heat, I heard that August and July are really not the best months to visit as it gets incredibly hot and impossible to move around. 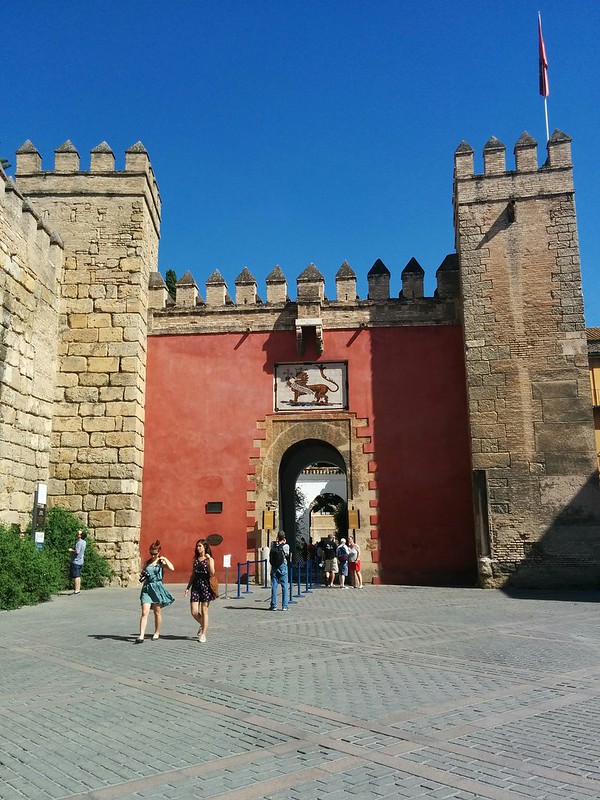