Sarmizegetusa Regia was the capital and the spiritual centre of the Dacians before the two wars against the Roman Empire led by emperor Trajan, at the beginning of the second century AD. The site is included in the UNESCO World heritage program.

Sarmizegetusa Regia must not be confused with Ulpia Traiana Sarmizegetusa, which was the capital of Roman Dacia, after the Roman conquest, located some 40 km away and built by the Romans with the remains from the old Dacian capital.

Sarmizegetusa Regia was the Dacian capital for at least one and a half centuries, since King Burebista, at the end of his reign, transferred there the Geto-Dacian capital and the Roman conquest. At the beginning of the two Roman Wars, during the reign of King Decebalus Sarmizegetusa was at it’s peak. Erected on top of the ~1000 m high Grădiștea Hill, the fortress, was the core of a strategic defensive system in the Orăştie Mountains. The system includes six Dacian fortresses: Sarmizegetusa, Costești-Blidaru, Piatra Roșie, Costeşti-Cetățuie, Căpâlna and Băniţa.

Sarmizegetusa Regia consisted of three areas having distinct functions: the citadel situated on the highest point, the sacred area and a civilian settlement built on artificial terraces. The entire dwelling agglomeration covered several square kilometers on the southern and eastern slopes of the hill. A system of ceramic pipes channeled running water into the residences of the nobility.  The archaeological inventory found at the site, temples, houses, workshops, granaries, installations of water taping and various objects demonstrates that Dacian society had a relatively high standard of living.

The two Dacian Roman wars caused the almost complete disappearance of the fortress. The walls were made of limestone blocks, using a techniques inspired from the Greeks.

Murus Dacicus, the name of the wall, consisted of two outer walls made out of massive stone blocks carved in the shape of a rectangular parallelepiped. The gap between the two outer walls was filled with earth and rocks cemented together with clay and compacted. Traversal wooden beams were used to connect the two faces of the wall. Due to its higher flexibility, this structure had a higher capability of shock absorption and dissipation of kinetic energy from an incoming projectile thrown by a siege weapon.

The hill at Grădiștea de Munte was crossed by a paved road. From the fortress a limestone paved road is descending towards the sacred area. The road has a width of 4 m and was bordered with limestone blocks on which were placed wooden posts supporting a roof made of shingles.

The sacred area includes 5 rectangular temples, the bases of their supporting columns still visible in regular arrays and 2 circular sanctuaries. Perhaps the most enigmatic construction at the site is the large circular sanctuary. It consisted of a setting of timber posts in the shape of a D, surrounded by a timber circle which in turn was surrounded by a low stone kerb. The layout of the timber settings bears some resemblance to the stone monument at Stonehenge in England.

The limestone temple is the oldest from Sarmizegetusa Regia.

An artifact referred to as the “Andesite Sun” seems to have been used as a sundial. Since it is known that Dacian culture was influenced by contact with Hellenisitic Greece, the sundial may have resulted from the Dacians’ exposure to Hellenistic learning in geometry and astronomy.

Unfortunately, the divinities to which these temples were dedicated remain unknown.

Here is an interesting 3D visualization of the sacred area.

The flowering of Dacian civilization apparently underway during the reign of Decebalus came to an abrupt end when Trajan’s legions destroyed the city and deported its population. They built a new settlements, 40 km aways on the ground of a camp of the Fifth Macedonian Legion, called Colonia Ulpia Traiana Augusta Dacica Sarmizegetusa.

Useful things to know:
– the road from Costești to Sarmizegetusa Regia was recently rebuilt
– entrance fee 5 lei (2 lei for discount categories)
– visiting hours:
May 1st – September 30th 9 AM – 8 PM
March 1st – April 30th and October 1st – November 30th  9 AM – 6 PM
December 1st – February 28th the site is closed
Last admition is one hour before the closing.
–  on the road from Costești to Sarmizegetusa Regia you can find the Blidaru and Costești fortresses. 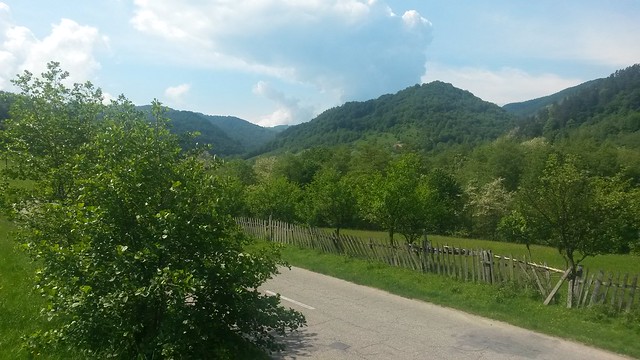