We started this year’s 1st of May trip from Cluj and we made the first stop at the Vânătările Ponorului Waterfalls. We drove to Turda and from there we took the DN75  on the Arieș river banks through Mihai Viteazu, Buru, until Sălciua de Jos. There we took a left across the river on the newly renovated DC104. This is a very narrow road through the forest and goes up to the mountain ridge. 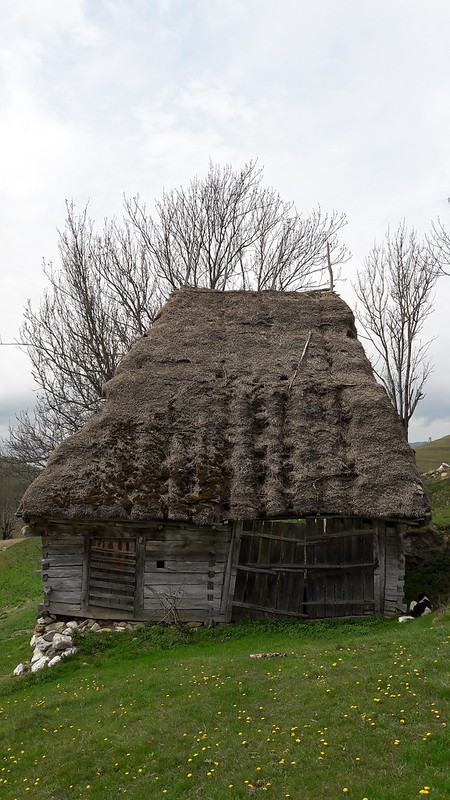 The paved road ends at some point, but you can continue on the dirt road for a while. We left our car at this old cottage and walked for a few minutes to the saddle where we found this signs. 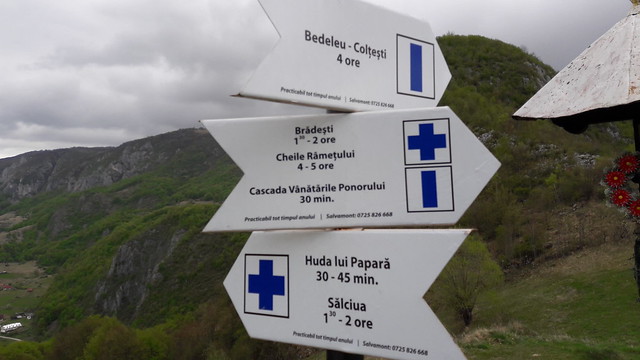 From here, to the North,  you can see the Sub Piatră Monastery and the wall were Huda lui Papară Cave is located. Unfortunately this cave was not open for tourists at that point so we decided not to go there. 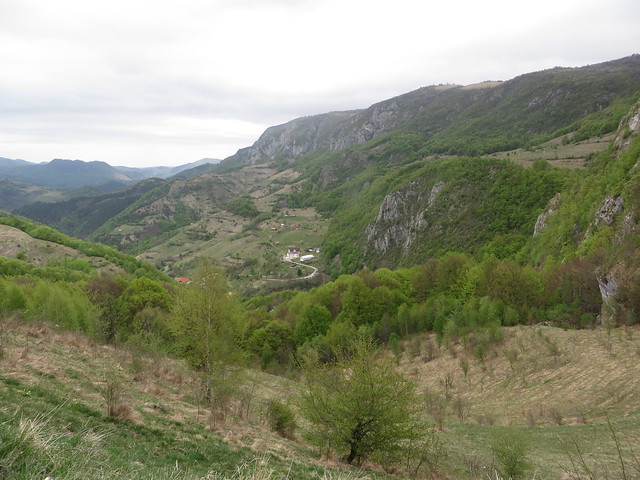 Instead we descended to the right (South), to the Vânătările Ponorului waterfall. At the foot of a steep limestone slope the waters of Ponor, Poienii and Seaca streams gather up and disappear into Dâlbina Cave, where they begins their underground journey to the Huda lui Papară Cave. 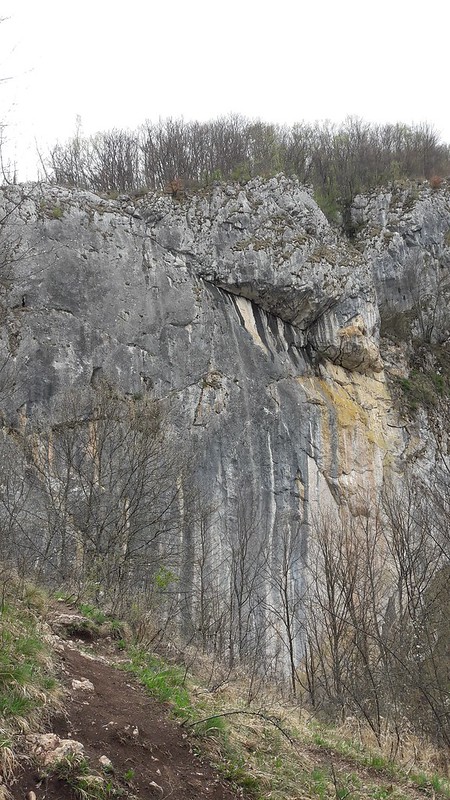 Formed in the Trascău Mountains, Vânătările Ponorului waters reach the bottom of the diving through a string of waterfalls totaling 70-80 m of water fall, the largest of them measuring 25 m. The waterfall is particularly picturesque at high flow rates, torrential rains or snow melting. 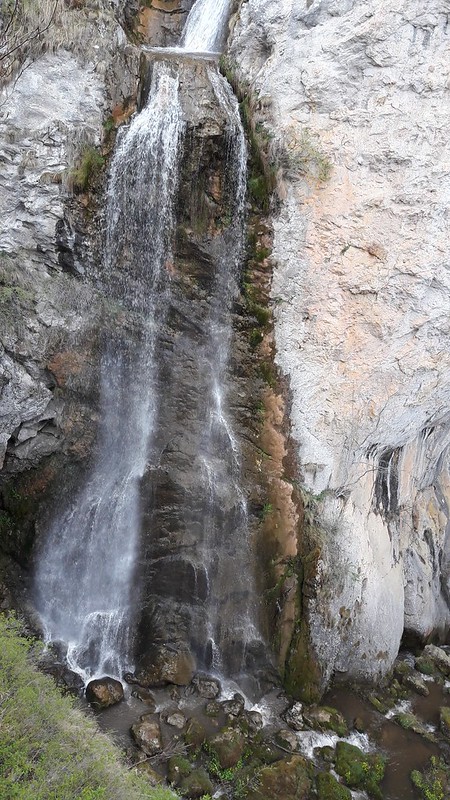 The limestone walls present a series of dark blue (violet eggplant colour) stripes that come in contrast with the greyish white of the limestone, thus the name Vânâtăra (a Romanian name for this colour). 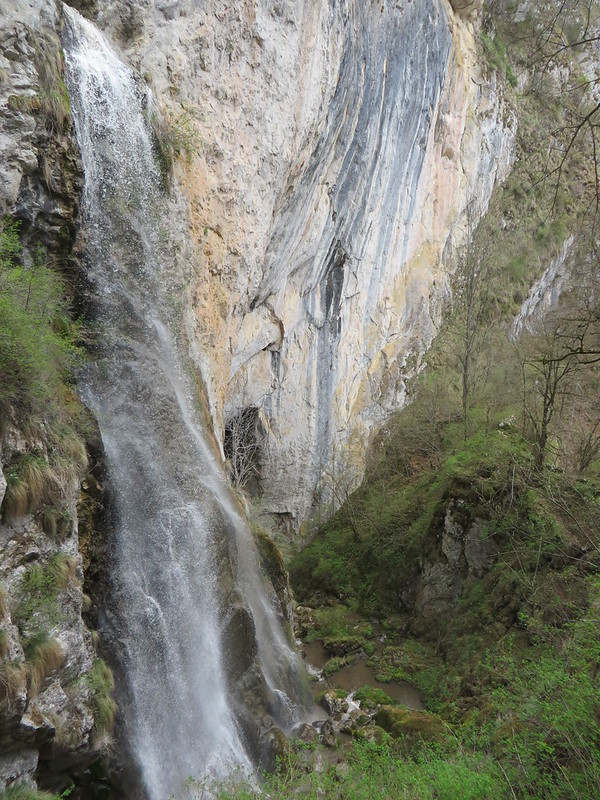 There is a wooden balcony which offers a great view of the impressive limestone wall with eggplant-coloured stripes flooded by Poienii waters that form a 25 m high waterfall. 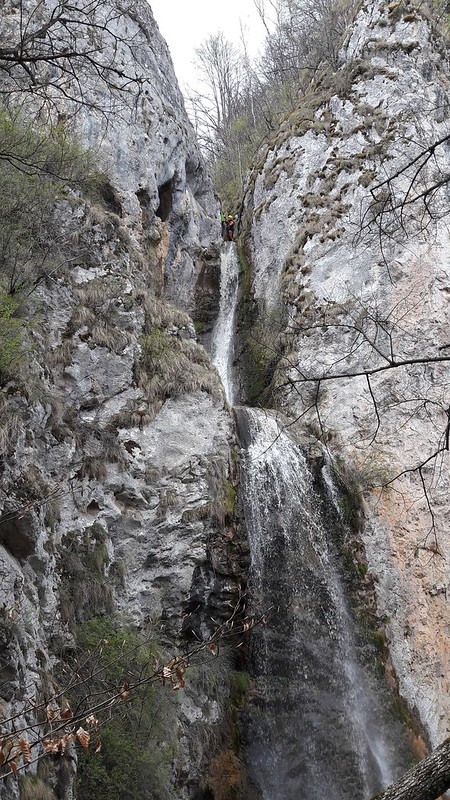 This place is used by some extreme sports enthusiasts for rock climbing and waterfall sliding. We had the chance to catch some in action, just as they were descending the waterfall. This is how we found out that at the middle of the waterfall there is a nice pool, approximate 1.5 m deep and 4 m² wide. Maybe next time we will try it also 🙂 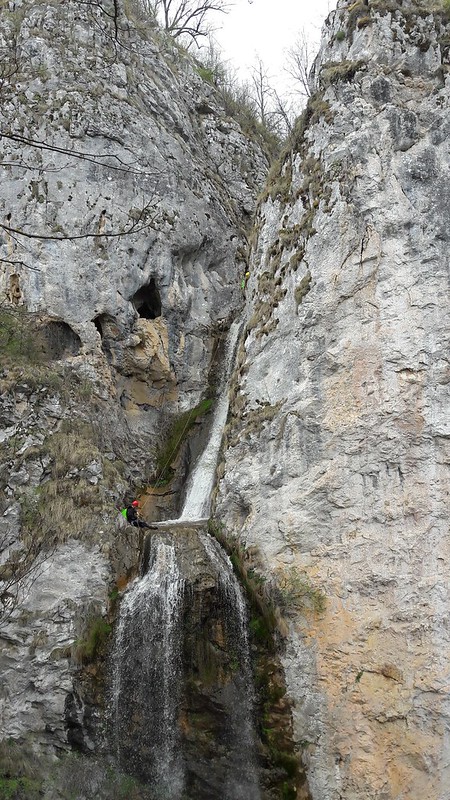 The area around Vânătările Ponorului is rich with karst formation gorges, caves and other natural attractions, but many of them are dangerous and you need some guided assistance to explore them.