I will have to admit from the beginning that we spend too little time in Tel Aviv and that the city deserves much more than the day we spent there. Tel Aviv has indeed a lot to offer – the beaches at the Mediterranean Sea, Jaffa, all the modern restaurants and the vibrant night life.

Tel Aviv is a major city in Israel, located on the country’s Mediterranean coastline. It is the financial center and the technology hub of Israel, with a population of 438,818, making it Israel’s second-largest city. Tel Aviv is also a focal point in the high-tech concentration known as the Silicon Wadi. 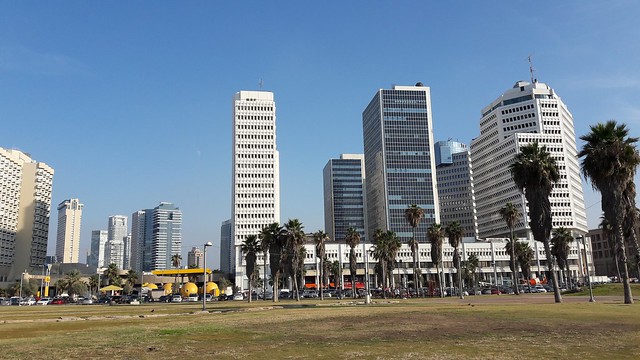 We actually spent only two halves of day exploring Tel Aviv and we started with visiting Jaffa in the first day of our road trip in Israel. 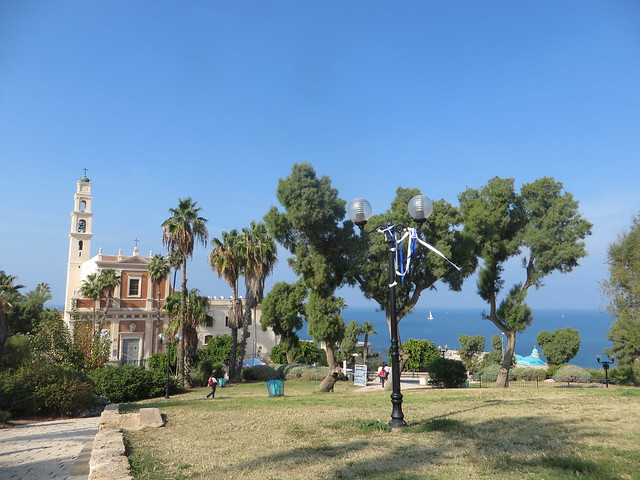 Jaffa (also known as Yafo) is the ancient port city out of which Tel Aviv has now grown. Jaffa has, in recent years, like much of South Tel Aviv, been regenerated with the old narrow streets and courtyards becoming one of the main attractions when visiting Tel Aviv. 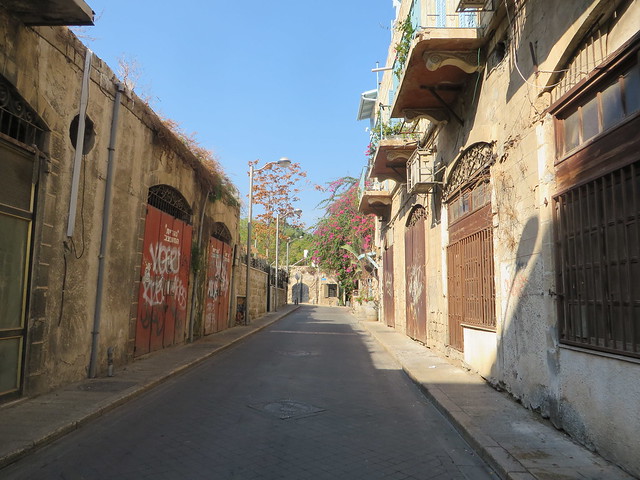 The history of Jaffa is a long one. As one the world’s oldest ports, Jaffa is thought to have been the port from which Jonah left in the story of the Whale! The port continued to be important through history, and served as the main entry point to the land of Israel through until the late 19th century when Jews from around the world began to return to Israel. It was through Jaffa that they entered the country and in Jaffa that many initially settled. The huge population increase led to overcrowding, and tense relations developed between the Jewish and Arab residents of the city. The result was that Jews began building outside of Jaffa, firstly neighborhoods such as Neve Tzedek, and later the city of Tel Aviv. 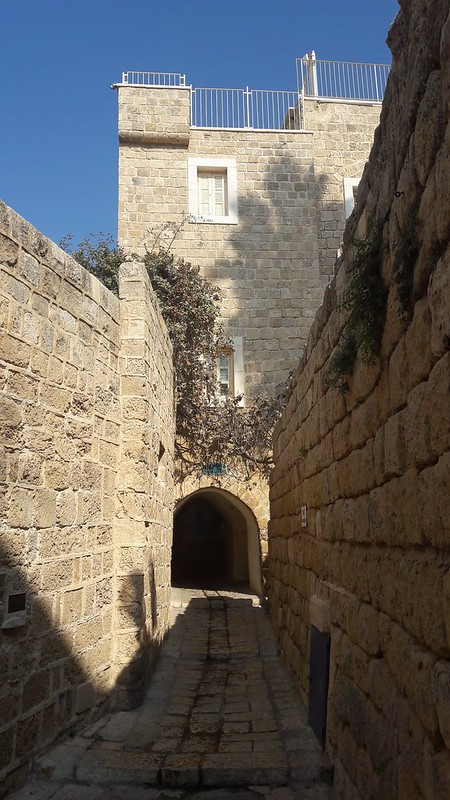 As Tel Aviv developed, Jaffa decayed. By the 1940’s Tel Aviv was so much larger than Jaffa, then dominantly Arab as most Jews had moved out, that it was made into a neighborhood of Tel Aviv to create the official title of the city of Tel Aviv-Yafo. The decay continued until the municipality created a Development Organization to oversee the restoration of Jaffa, which continues today. In late 2011, a new Old Jaffa Visitors Center opened to the public and this features multimedia displays depicting Jaffa through the ages, as well as self-guided walking tours of the city as it is today. 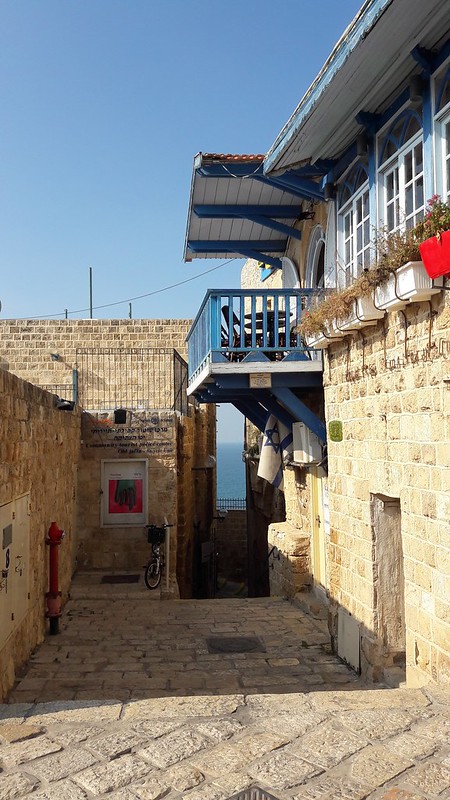 We only spent a few hours wondering on the streets of Jaffa, but we enjoyed it to the maximum. Good weather, beautiful architecture and the beach so close by. And Jaffa was also the place where we went to have the most delicious hummus ever. Hummus Abu Hassan is a small restaurant, on a street outside the main Jaffa center. They only serve hummus, 3 types of it, but the 3 of them as equally tasty ( hummus, masabacha and fool (which is actually broad beans). Expect to find the place always full, but talk to the waiters, they are very friendly and they will try to find a place for you (even if sometimes you will seat at the same table with other people). 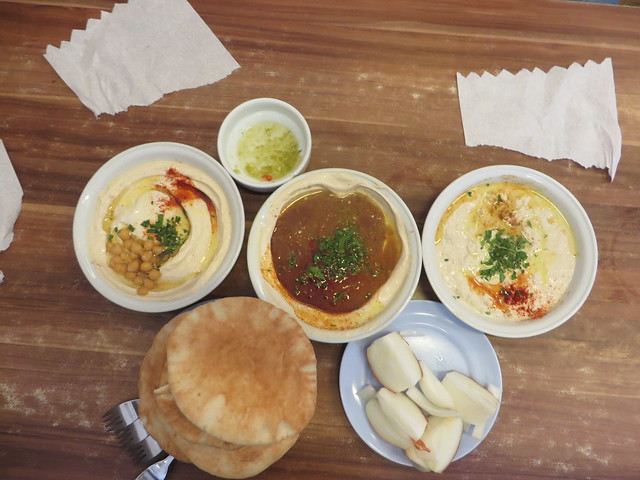 On our last day of the trip, we spent the afternoon and evening in Tel Aviv, this time in the modern part of the city. Tel Aviv is quite a new city, constantly developing and you will see modern and new buildings everywhere you look. 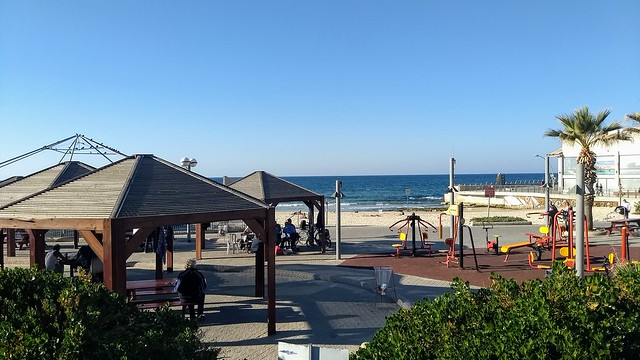 What we loved about this city is that it has the Mediterranean Sea and the beach right there. Having a swim in December and laying in the sun on the beach is something we don’t do very often. 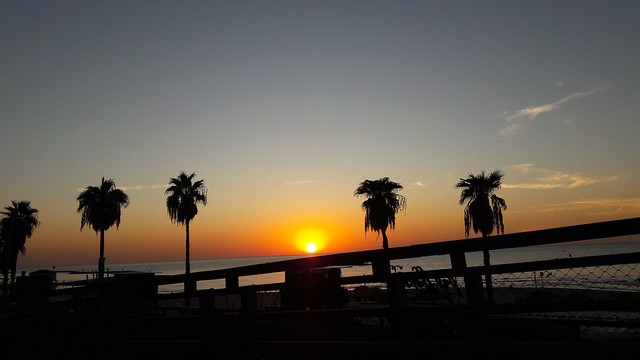 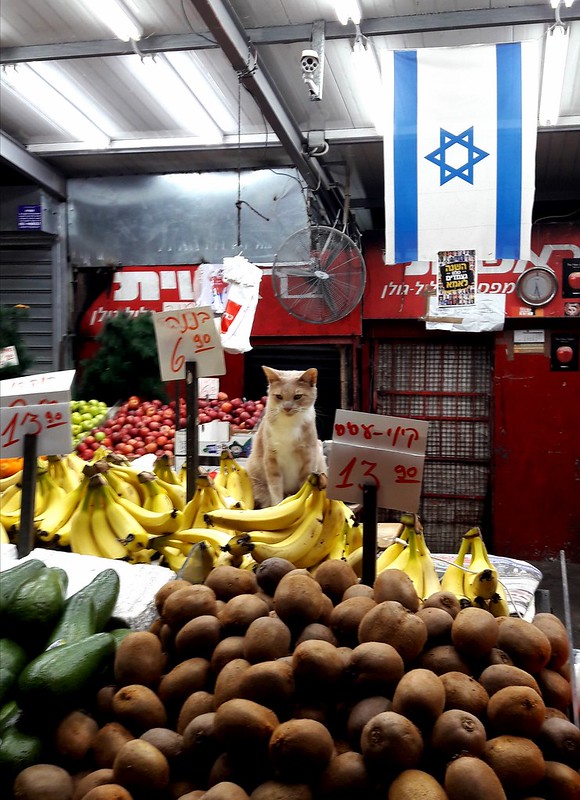 The market can at first appear to be a little intimidating, with so many senses stimulated at once – the sounds of the traders, the smells and flavors of the fresh produce, and sights of so many interesting things at once.

In terms of restaurants, well, for a gourmand, this is the right place. And it’s one of our main regrets for not having spent more time in the city. We only got the chance to check out Miznon. A great street food place, a reinterpretation on street food of a chef,  with pita breads filled with all sorts of combinations of meat and veggies and the most delicious cauliflower side dish we have ever had. 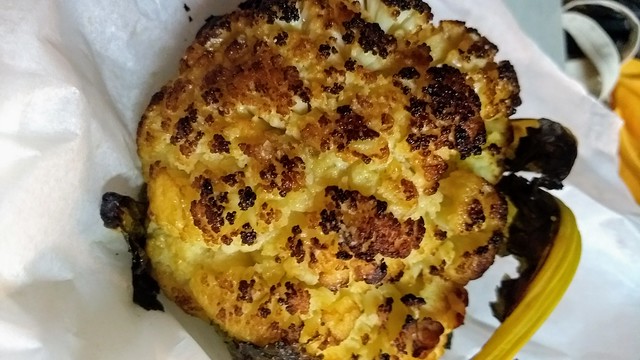 From Miznon we went for some beers at the Beer Bazzar somewhere in the Carmel Market. It was late in the evening and the traders closed almost all the shops, but some of them change by night into street bars and restaurants. Beer Bazzar is the perfect place if you like beer, they have a great collection of Israeli craft beers.

As we had a long day and an early flight the next day, we headed back to our hotel just after midnight. It was Sunday after midnight and the streets were full of people, everywhere there where bars and terraces with a vibrant atmosphere. It was a such a nice surprise to see the city full of life and such an atmosphere, comparable maybe just with Berlin. Definitely we have to come back and party more in Tel Aviv. 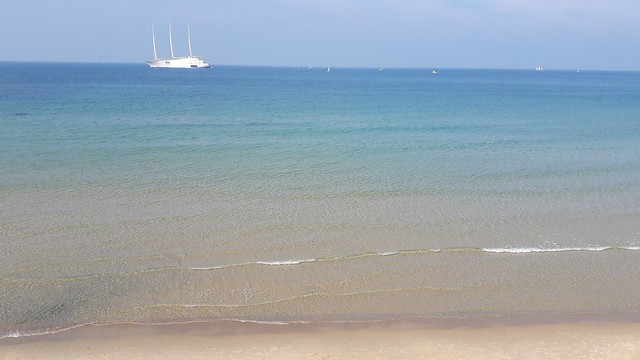 Here are some other places that two local friends have recommended to us, but unfortunately we didn’t get the chance to check them out:

Shipudey Danny & Salim – If in Jaffa, try this place, you get quality skewered meats plus a nice view of the sea in a place no tourist has ever set foot.

Falafel Tadmor – This falafel institution has been around for years, a favorite among locals.

Levinsky Bourekas – Take time to sit down and eat in-house like a local, washing the boureka down with the refreshing yogurt drink known as ayran.

Azura Restaurant – is originally from Jerusalem, but they also have a place in Tel-Aviv  – try their Kubbe soups, but everything is good there.

Saluf & Sons – If you get to Levinsky Market – go to Saluf & Sons – very nice food. You can try a shakshuka or the dough traditional dishes they have (so well with beer;) in a nice atmosphere.

Falafel HaSharon – This new, under-the-radar place makes a much lighter-colored falafel, and the spice blend is milder than the typical, traditional version. It is owned by the same crew as its neighbor Sabich Hasharon.

Shukshuka – Located in the humming Carmel Market, it’s a lively spot to try creative shakshuka variations alongside a shot of arak, an alcoholic anise-flavored drink.

Original Turkish Bourekas – This over-20-year-old spot is known for its light-textured phyllo version of bourekas.

Dizengoff Center Mall – This enormous food fair houses hundreds of delicacies that locals cook at home, including every type of kubbeh possible. Open Thursdays and Fridays.

HaKosem – This is also the place to try sabich and shawarma; everything here is exceptionally well-done.

Mifgash Osher – This is the place for sabich, but it is also the place to get the best “salad,” basically a pita-less rendition of sabich: fried eggplant slices, bulgur wheat, tahini, curry-seasoned chickpeas, and also labane and fluffy golden-yellow falafel. The falafel in a pita is a must, too.

Beer Bazaar – is specializes in Israeli craft beer. They serve 100 different brands of Israeli beers, including their own brews on tap. They have 4 different locations in Tel Aviv. We have been to the one in Carmel market.

Benny Soda – where the owner, “Benny Soda,” serves organic fruit soda he concocts like a mixologist in a bar, using everything from fresh rosemary sprigs to dried spirulina to freshly scooped passion fruit pulp. The result is refreshing and energizing.

Diego San – have also a yard at the back. And if you get there – don’t miss their toilets on the second floor – it has a crazy cool decor mixing between Mexico and North Korea.

Teder.fm – a very nice outdoor bar serving best pizzas ever. They have their own Radio Station and each evening several changing DJs. Sometimes they also have live performances.
Map of the whole trip in Israel & Palestine: