SPAs in Romania have a long history and this because the country is full of natural springs, with waters that have been known for centuries (even millennia) to heal people. These places would normally be the highlights of a country that knows well how to promote its treasures, but in Romania most of them are in very bad condition, slowly turning into ruins. Same story with Băile Govora, a SPA in the South of Romania.

Băile Govora is located about 20kilometers from Râmnicu Vâlcea, in the Vâlcea Country, Southern Romania. Although the natural springs were discovered by accident in 1860, by  a local, the SPA itself developed around 1900. The waters here, rich in minerals, were proven over the years to help in healing respiratory conditions, rheumatism or neurological conditions. 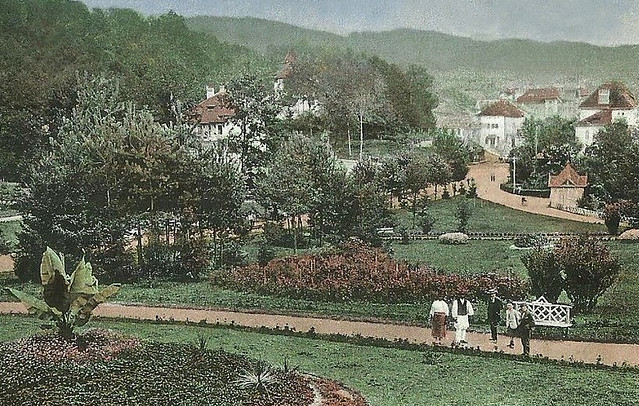 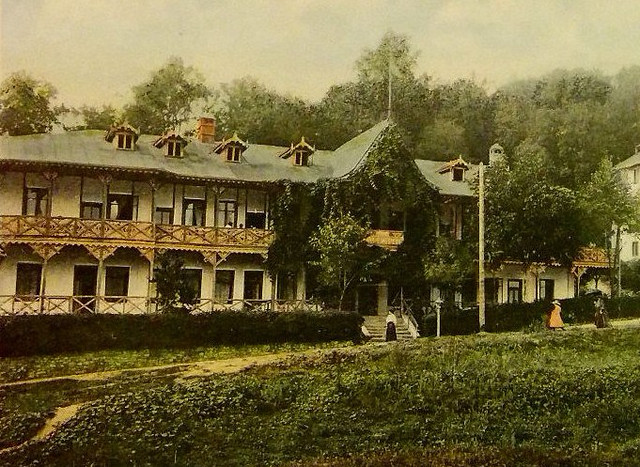 The SPA developed initially as a destination for the Romanian bourgeoisie of the beginning of the XX century, an alternative to traveling to other countries that had well renowned SPAs . To respond as much as possible to the bourgeoisie’s needs, the SPA developed following a French model (designed by a well-known French architect, Emil Pinard) and it included modern (for that time) baths, hotels, promenade areas and a casino. 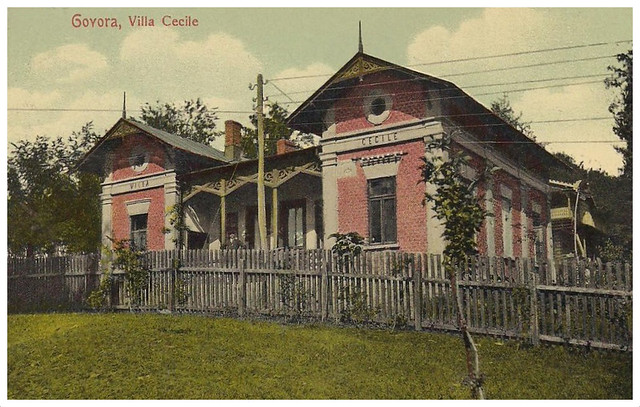 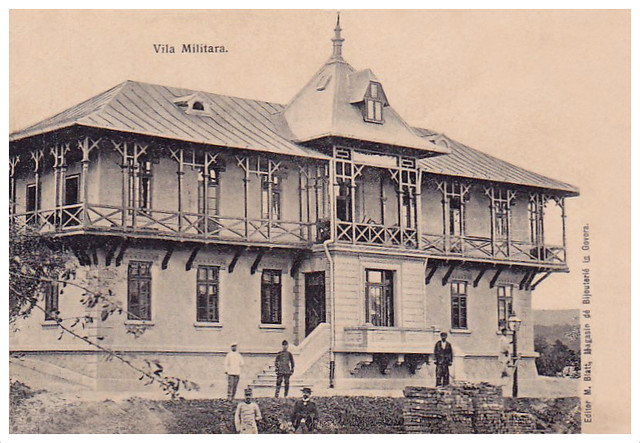 The SPA stands still even today and is still visited and appreciated for its healing natural waters. Unfortunately, the communist regime and the ignorance of the government after ’89, slowly, but surely transformed what was so flourishing and luxurious at the beginning of the XX century, in a ruin. Beautiful Neo-Romanian, Neo-Baroque, Art-Nouveau buildings, most of them national and historical monuments, were either demolished during the communist regime or left in ruin after ’89. Here is a summary of its history. 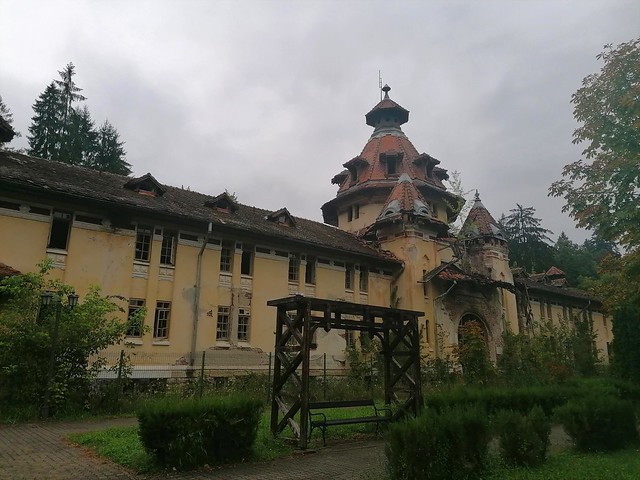 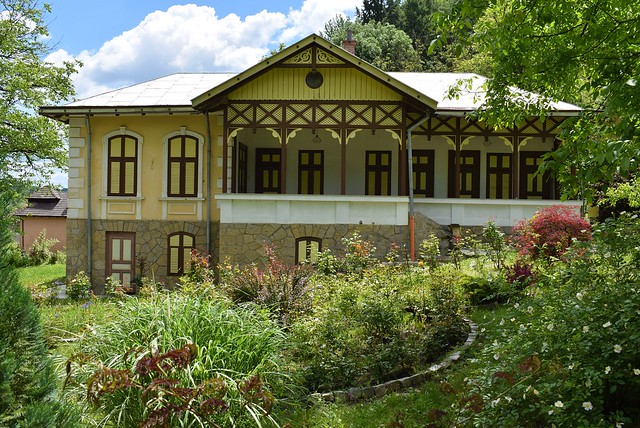 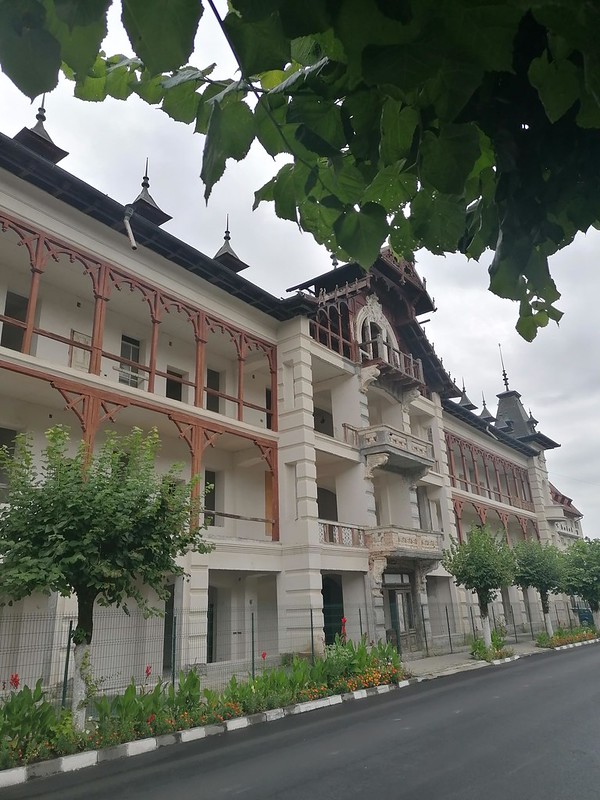 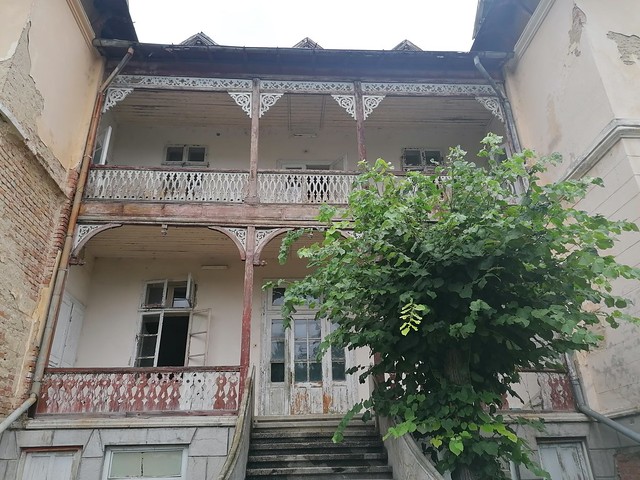 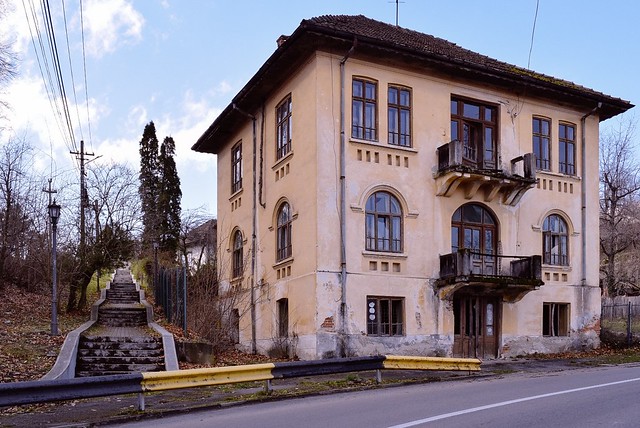 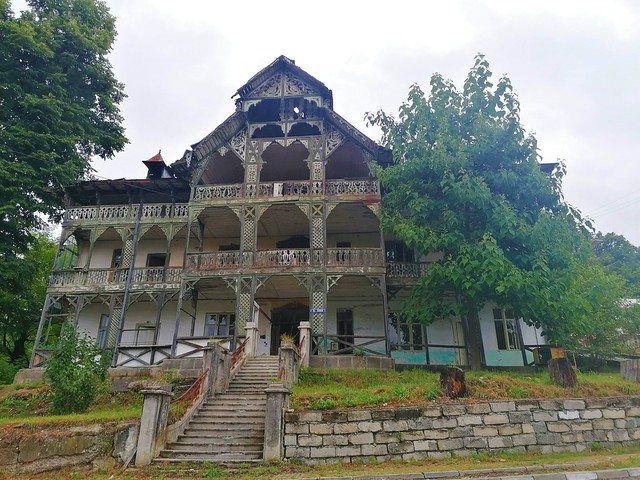 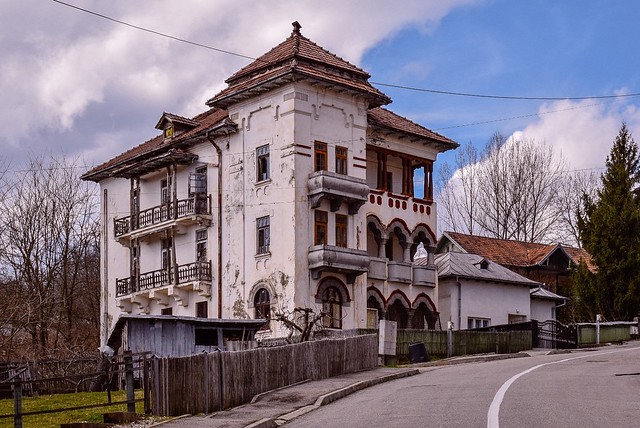 In an attempt to help them and support this cause (considering that my parents actually live in a village 5 kilometers from Băile Govora, so I basically lived my childhood around), we met Studio Govora this summer for a guided tour of this SPA, to find out more about the history of the place, to discover the beautiful houses. But also to understand where the SPA is now, how tourism is working here and what it would need to recover its time forgotten beauty. 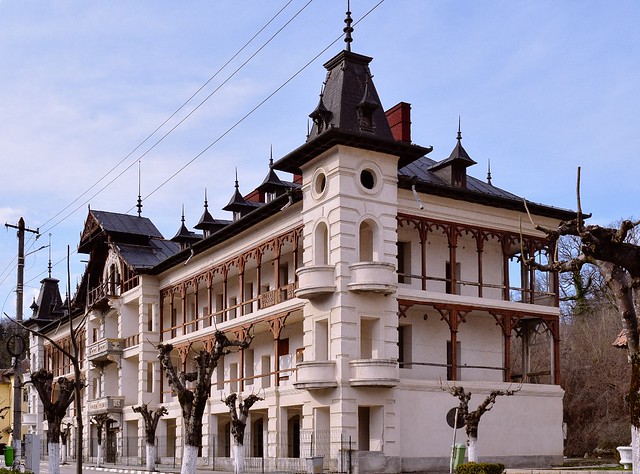 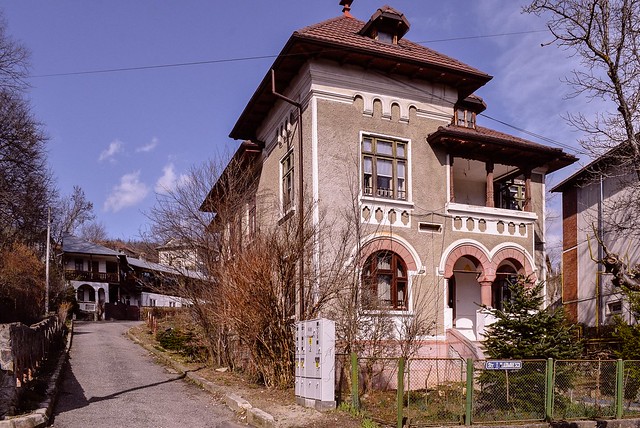 Studio Govora is now gathering funds to restore Vila Ivanovici, one of the most beautiful villas still standing in Băile Govora. Remarkable for the wooden lacing of its facade and for its generous verandas from where one could choose to look upon the town or the woods, Ivanovici Villa is closely tied to Govora’s history, as the balneary resort was in its first years of existence when Colonel Ivanovici built the edifice around the year 1900. Today, unlike other large villas that are privately owned, Ivanovici Villa is state-owned. Out of use and in an advanced state of decay, the villa now needs an emergency intervention.You can also follow and support their project HERE. 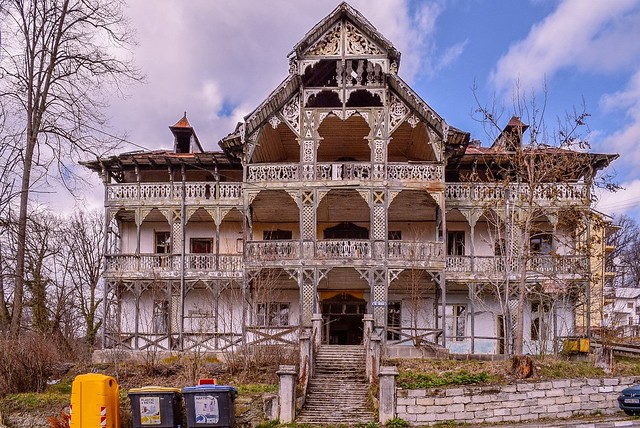 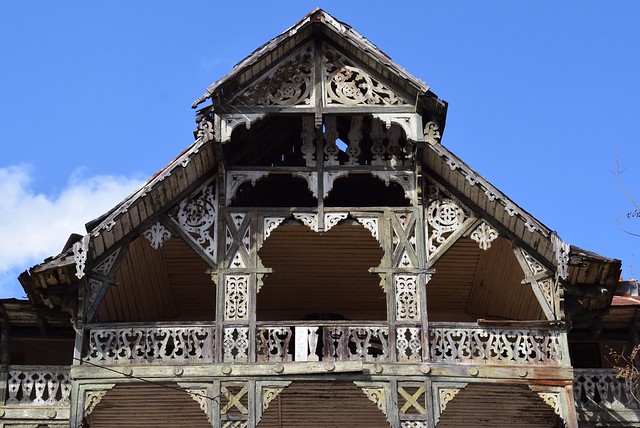 Realities are harsh in a country where the local authorities would rather not get involved, if it’s not in their personal interest and all the steps that NGOs like Studio Govora are doing are small, take time and are often blocked by bureaucracy. Luckily, civic spirit of people who truly appreciate our national values boosts these projects and gives hope that one step at a time, we might get to normality. 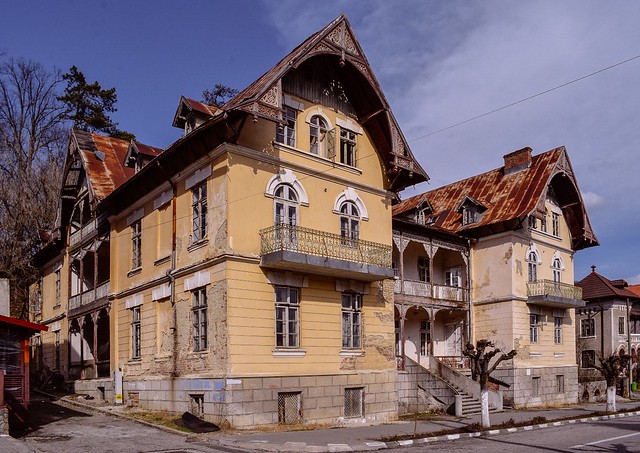 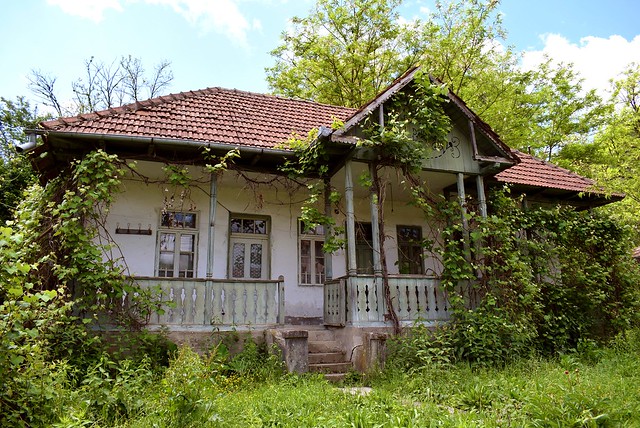 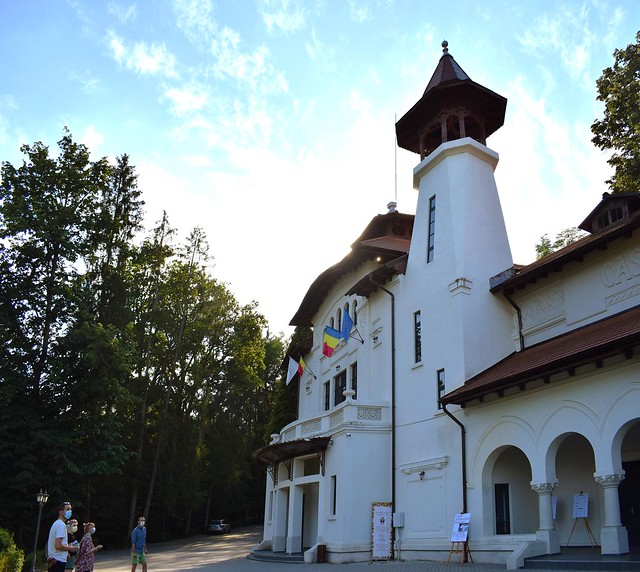 If you want to visit Băile Govora, you can contact Studio Govora for a tour and also spend the night in the area.

Credit Photos go to Baile Govora de Altădată ( a small blog with posts about the history of this place – more info HERE and HERE) and to Studio Govora. 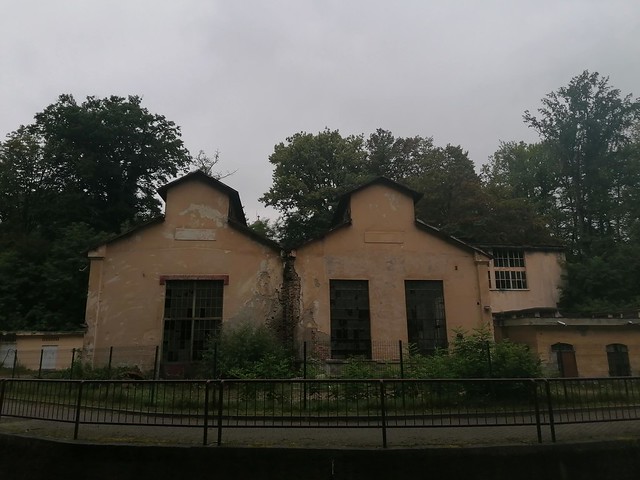