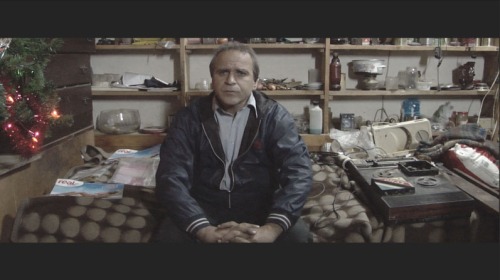 Rodion Ladislau Roșca is one of the most gifted musicians of the ’70s, whose pioneering experiments in electronic music were lost and found again after nearly 30 years. Clandestine and underappreciated during the communist dictatorship years and devastated by his mother’s death at the end of the ’80, Rodion withdraws from the city, while remaining surrounded by sound and music.

END_OF_DOCUMENT_TOKEN_TO_BE_REPLACED

Strut, in conjunction with Ambassadors Reception and Future Nuggets, presents the first ever retrospective of fabled band Rodion G.A., one of Romania’s best kept musical secrets of the last 30 years.

As a band, Rodion G.A. were a unique phenomenon in their homeland at the time, operating in their own universe during a prolific period of recording from 1978 to 1984 at a time of significant political repression under the Ceausescu regime. Bandleader, Rodion Ladislau Rosca, was an enigma. As half-Hungarian, half-Romanian, he lived near the border in Cluj, a city with a healthy music culture which had spawned important prog rock bands incuding Cromatic, Experimental Quintet and Semnal M. Despite the political conditions, a music scene existed in Romania, mainly within a network of festivals around the country and in seaside towns at restaurants and clubs.