[Romania] On the Streets of Oradea

As a Romanian, my general perception about the country and its looks is not that good (excepting, of course, outdoors which I find just amazing). But for towns and cities, besides a few like Bucharest, Sibiu and Cluj Napoca, I’ve always had this idea that they’re not in a really good shape. This was also the case for Oradea, but I guess that our stay in the city completely changed my perspective.

Oradea is one of the major cities in the Western part of Romania, together with Arad and Timișoara. Located about 10 km from Borș, the most important crossing point on the west border (with Hungary), Oradea ranks tenth in size among Romanian cities with about 200 000 people living there. 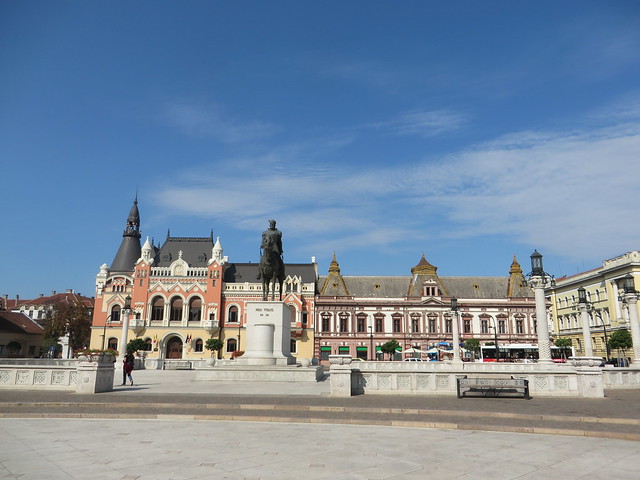 We stopped in Oradea for only one night, coming back from the road trip we had in Hungary. We have been reading in the news that the city has been going lately through a serious rehabilitation program and that it looks better and better, but we were a bit skeptic about this. 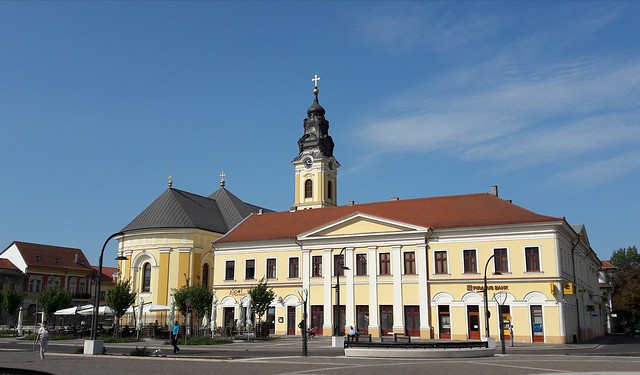 We got to Oradea in the afternoon and after checking-in to the hotel, we went out to explore the city center and to search for a nice restaurant to have dinner. We started with a nice walk on the bank of the Crișul Repede River. 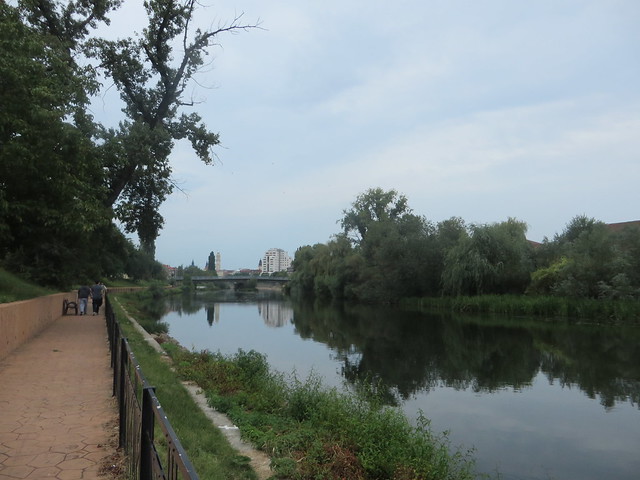 The art-nouveau capital of Romania

Oradea is considered to be the art-nouveau capital of Romania and it has all rights to be this way. The city center is full of beautiful art-nouveau buildings, so full of color and carefully crafted details. 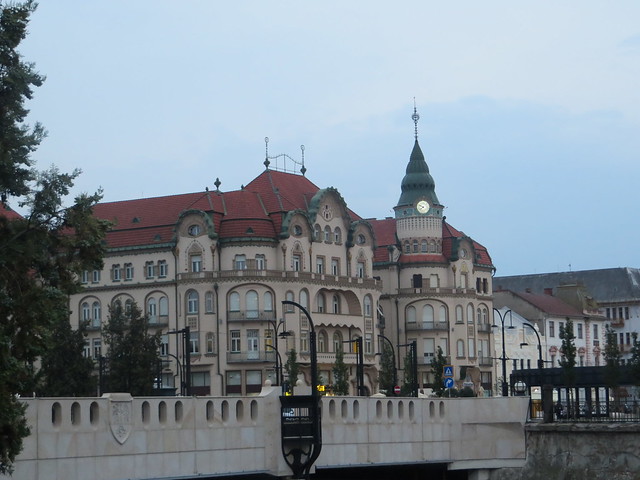 The Unirii Square with its beautiful ‘Black Eagle’ Palace and the Republicii Avenue with its Stern Palace,  Apolo Palace and Moskovits Miksa Palace will for sure impress you in every possible way, just like it happened to us. 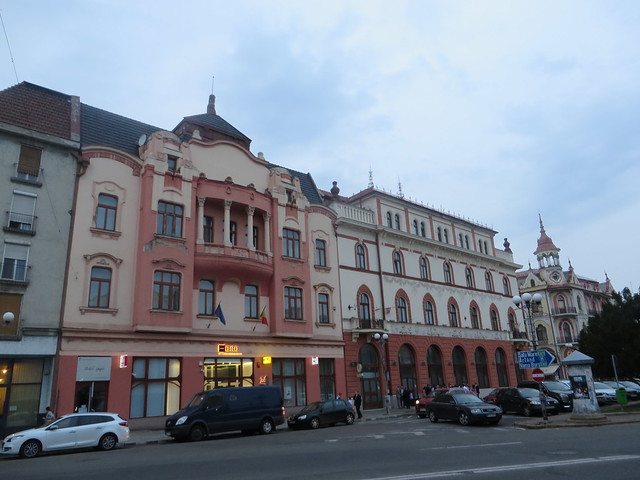 The late Baroque Church of the Moon has a special clock. The clock mechanism, installed in 1793, features a half-gold, half-black sphere, maintained in perpetual motion, reproducing the phases of the moon and lending the church its name. 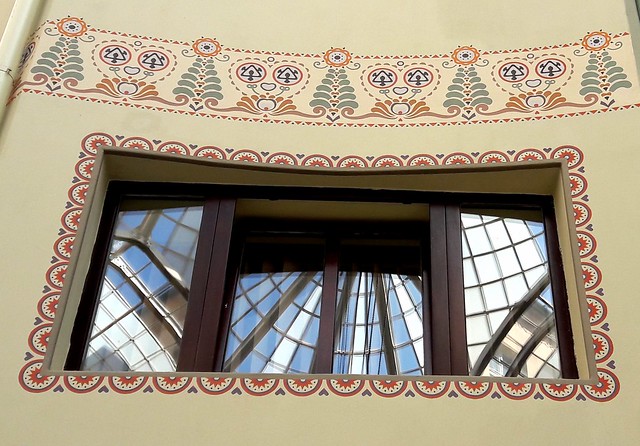 Another highlight of the city is its fortress. The Oradea fortress dates from the 15th and 16th centuries and played a key role in conflicts between the Turks, Austrians and Hungarians over the years. The fortress is shaped like a pentagon, with five towers and thick defensive walls, and has frescoes interior walls. 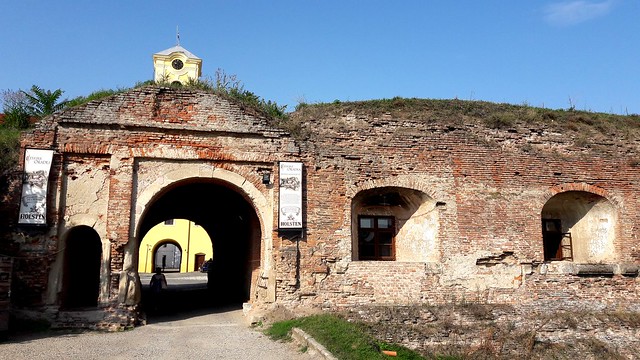 Oradea also has a strong Jewish culture and a visit of the still standing synagogues of the cities is a must. We only had the chance to check them from the outside due to our short stay. 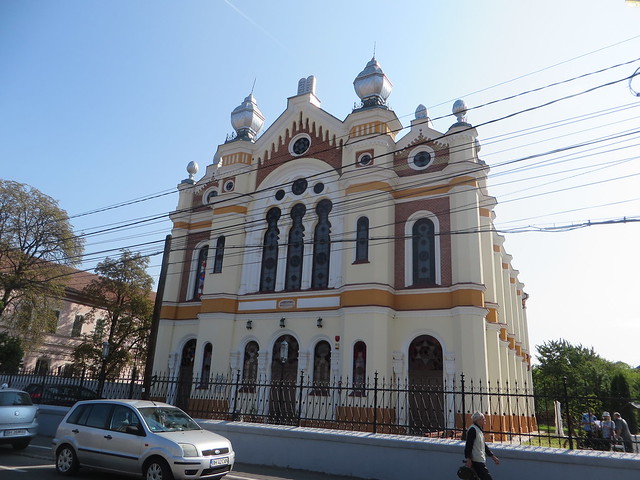 Something that really impressed us about the city and made us completely change our opinion about it, is the fact that Oradea is quickly developing into a Smart-city, with a smart public transport system, that helps the daily traffic work better, with lots of green areas and with programs that work to reduce pollution. Everything leading to a better life for the people living in the city. 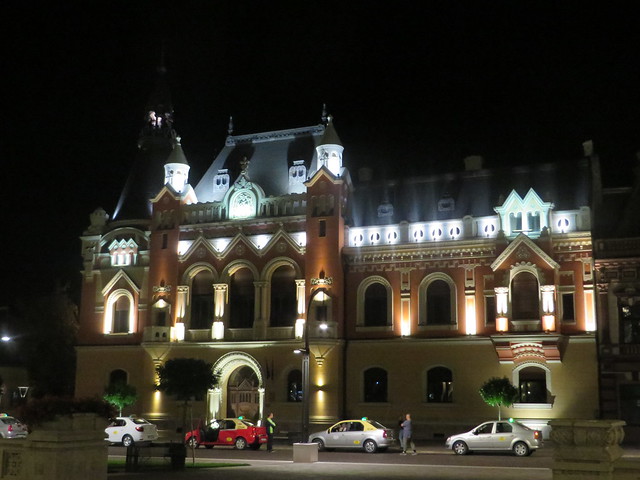 Being so close to the Hungarian border, there are more and more foreign investors coming to Oradea and opening new businesses. There are new job openings for all sorts of domains and the city is becoming more and more appealing to people wanting to live here. The Oradea University is also one of the best in Romania, so yearly it offers a serious pipeline of qualified people. 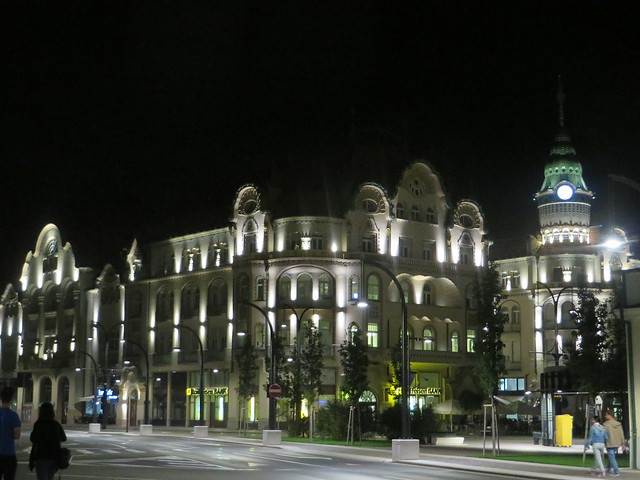 As it was such a short trip for us in Oradea, we didn’t have the chance to explore as much as we would have wanted the restaurants and bars of Oradea. 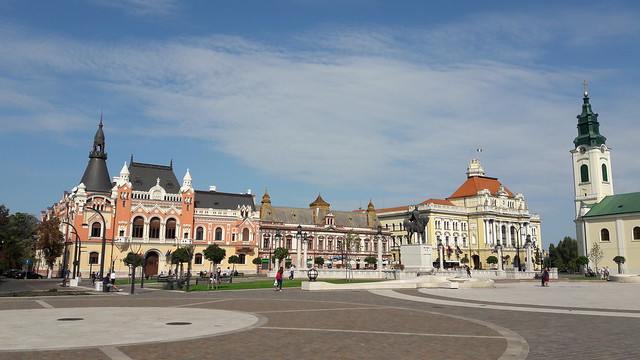 For dinner we went to the MEATic restaurant, a newly opened in the city (closed november 2019), by a famous chef in Romania, Adrian Hădean. The restaurant specializes mainly on meat dishes, most of them being slow cooked for more than 8 hours. What we had (duck and pork ribs) was very well cooked, a bit smoked and crunchy. The wine selection is also very good and they have a few assortments of Romanian craft beers (which is something I really appreciate in a restaurant nowadays). The waiter did forget to bring the appetizers we ordered, but in the end it turned out to be a good idea, as the main dish was huge and we struggled a bit to eat it all.

Inside the Black Eagle Palace there are lots of bars and pubs, and at night it gets full of good vibe and atmosphere. We were too tired to try the place out, but we could see all the people when walking by. 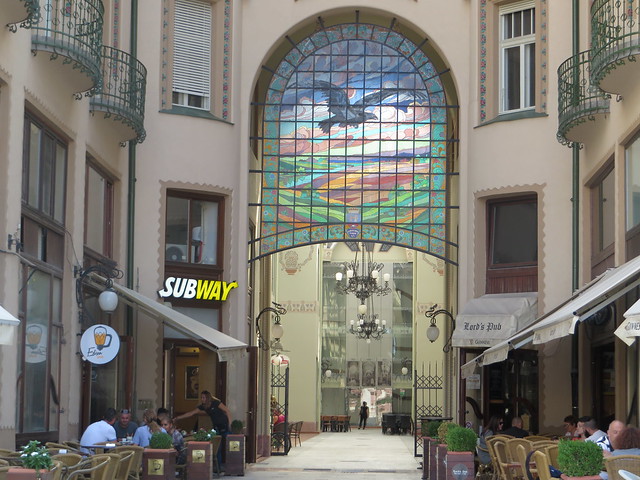 For the hotel we chose the Gala Hotel. About 10 minutes walk from the city center, it looks quite good and it also has a good breakfast menu. 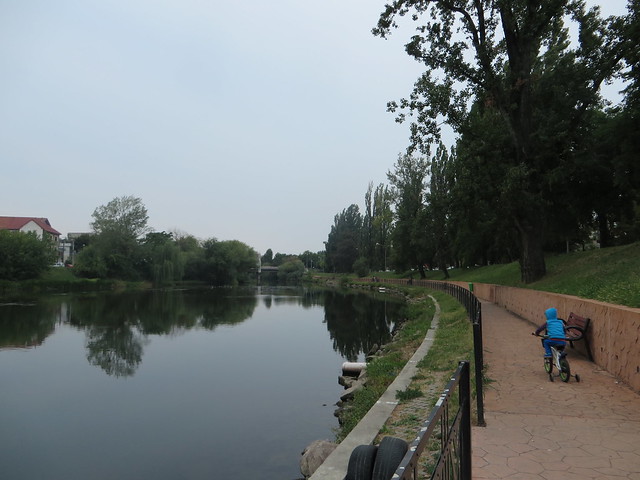 So this was our short visit in Oradea. It turned out to be such a nice surprise to see how a city evolves in a country where you would say that things tend to stay still. And for us it was such a nice surprise to see that there are places in our country where good taste still exists, where people understand how the future should look like and where you feel such a nice vibe and positive energy in the air. We have to be back for a longer visit, for sure.