Some of Hungary’s towns

To Bupdapest we’ve been before, more than once. And yes, it’s a proper country capital city in all aspects – history, culture, nightlife, cuisine. But this time, during our 4 days road trip in Hungary, we decided to leave Budapest behind and see what the smaller towns of the country have to offer.

Eger was the first town we visited during the road trip and it was by far one of the nicest surprises of the trip. It might be also because I’m a big fan of small towns, with a nice and cozy town center, with history, with narrow streets and not that touristic. Not to mention that the area around Eger offers the perfect conditions for vineyards and that local wine is highly appreciated and promoted in the city. 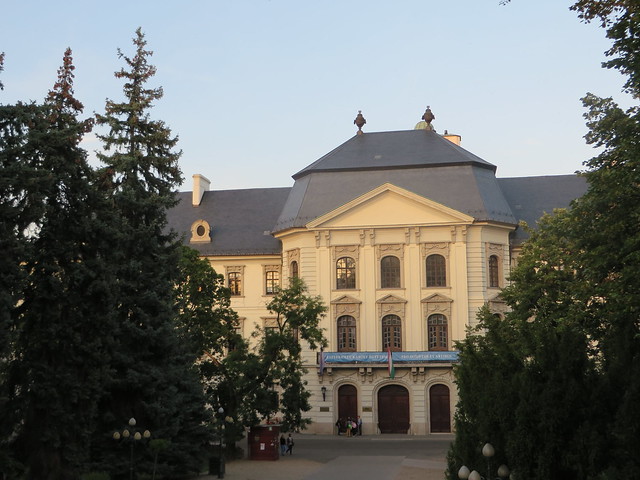 Eger is recognized as the baroque pearl of Hungary and having a walk around on the streets of the old town center will convince you of the fact. Also, the Eger castle lies on top of the hill, offering you a true history lesson about Hungary’s past and a great view over the entire town. 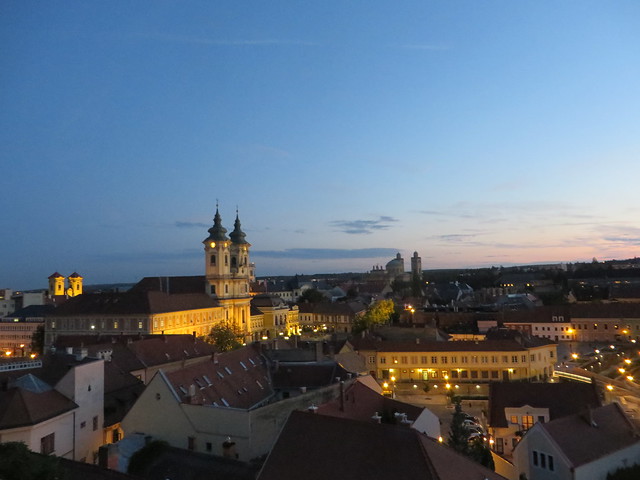 After a walk through the ruins of the old castle and narrow streets of Eger, we had a nice dinner in the main square at Fő tér Cafe. They have a lot of goose, duck and beef in the menu. As a starte I had some grilled goose liver with dried fruits, which was an interesting combination. As a main dish I had beef with traditional potato doughnuts, that was really good. Also the wine in this region is very good. 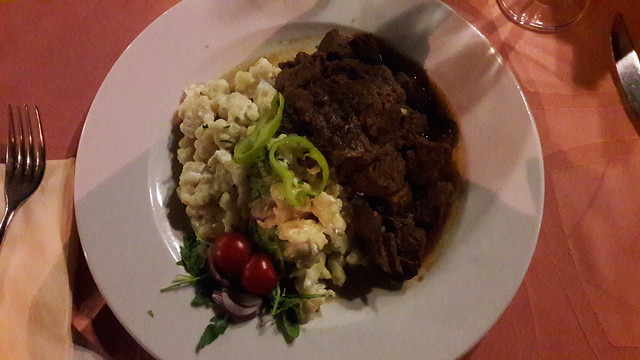 Visegrad is a small castle town in the Pest Country, on the right bank of the Danube. It has a population of about 2000 people and is famous for the remains of the Early Renaissance summer palace of King Matthias Corvinus of Hungary and the medieval citadel. 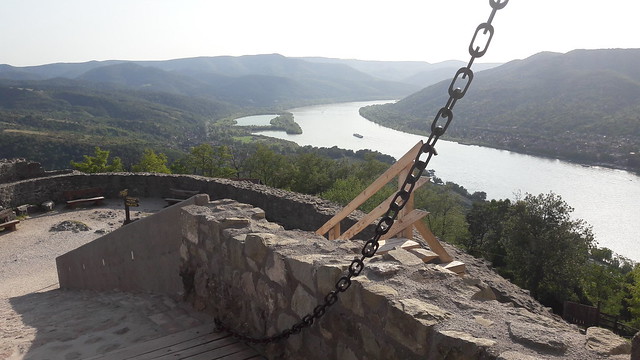 We only spend about half a day in Visegrad and we started with visiting the medieval citadel that’s up on the hill (an article about the castle can be found here). 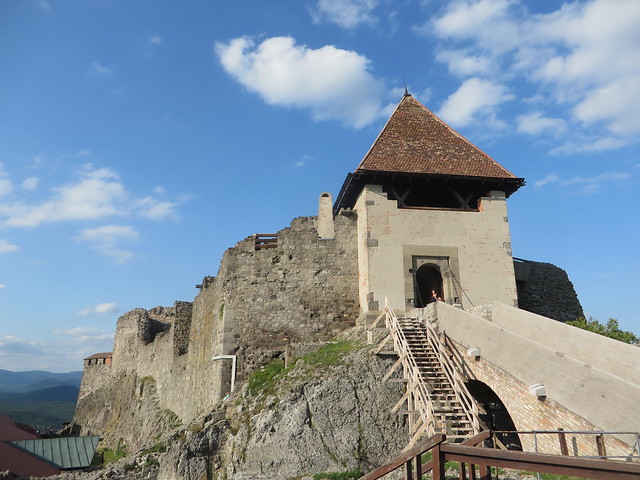 The small town has some nice streets and old buildings you can explore, but what we enjoyed the most was the nice walk we had on the Danube’s bank at sunset. 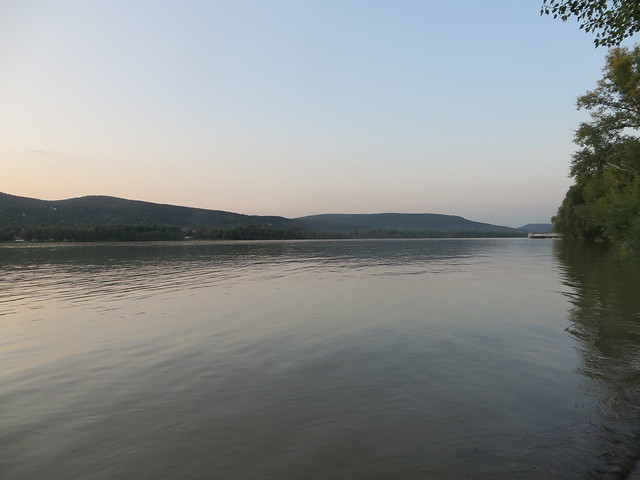 And also the great dinner we had at Kovacs Kert Etterem, a restaurant serving mainly fish dishes. We tried the frog legs and the catfish goulash, both delicious. Also the wine was very good and very cheap. 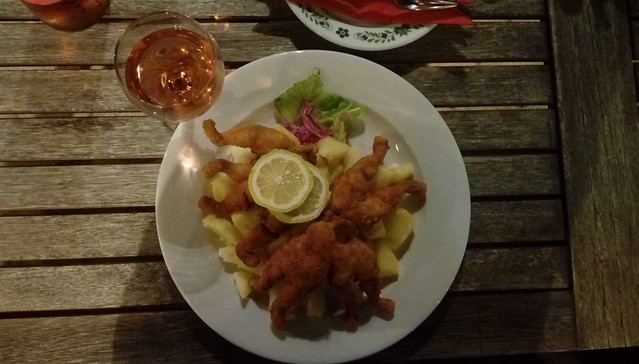 Vác is also a town in the Pest County, but considerably larger that Visegrad, with about 35 000 inhabitants. We spent only a few hours in Vác , as due to a bit of a food allergy I got from a langos I had for breakfast, we had to resume the visiting. 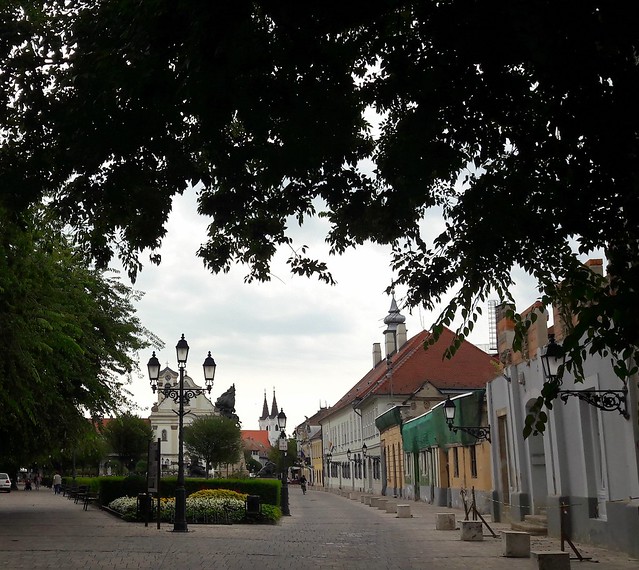 Vác is a commercial center as well as a popular summer resort for citizens of Budapest. The cathedral, built 1761–1777, was modelled after St. Peter’s Basilica in Rome. The city is also known for its 18th-century arch of triumph and for its beautiful baroque town center. 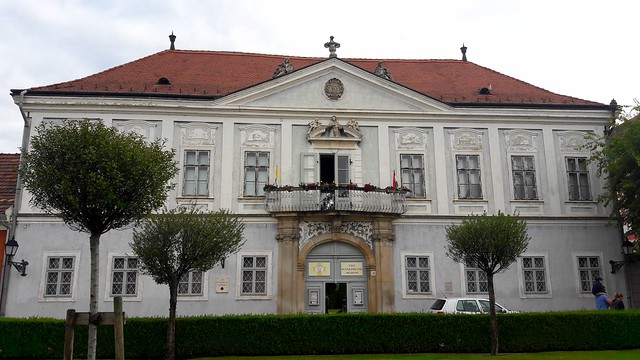 Walking around in the big town central square and wondering on the adjacent streets was such a nice morning walk for us. 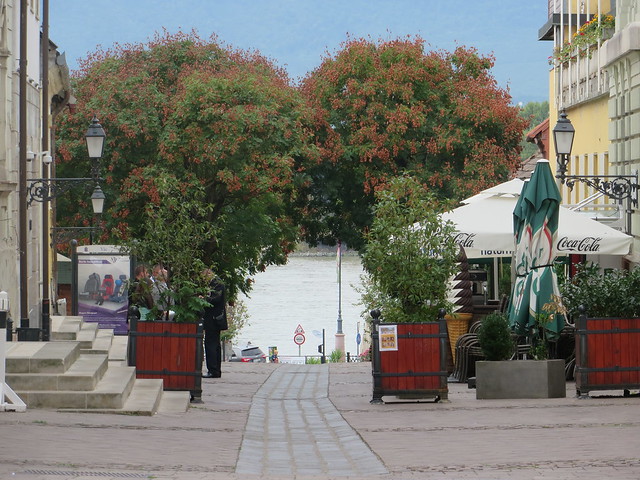 Photo Galleries from the 3 towns: 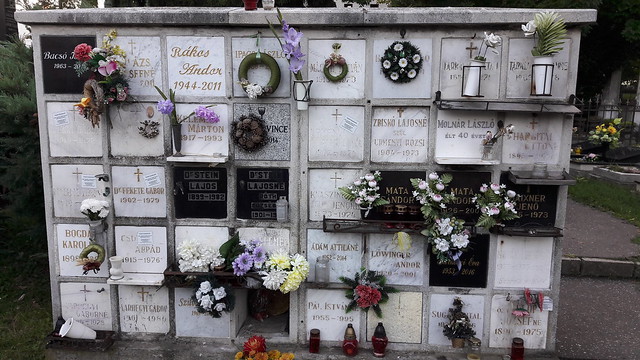 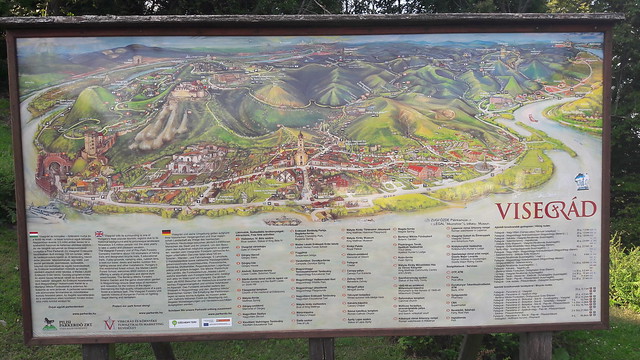 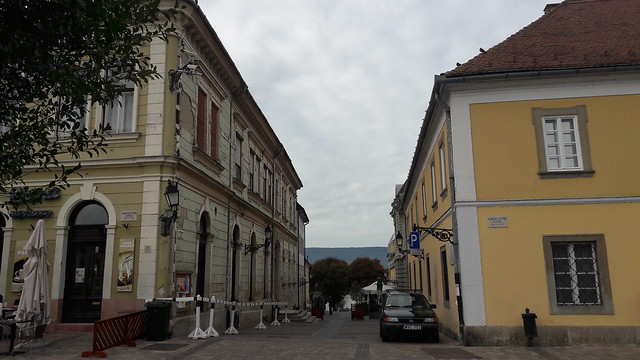