[Palestine] The story of Battir

We knew about Battir that it’s and UNESCO World Heritage Site and that’s why we asked Michael, our guide in Palestine, to drive us there and show us around the village. What we didn’t know is that this village has such a strong story behind and so many great people working hard to change mentalities and show Battir’s true value.

Battir is a village about 5 kilometers from Bethlehem and 7 kilometers from Jerusalem with about 4000 people living in it. Battir is actually located on the Green Line, the demarcation line set out in the 1949 Armistice Agreements after the 1948 Arab–Israeli War between Israel and its neighbors (Egypt, Jordan, Lebanon and Syria). 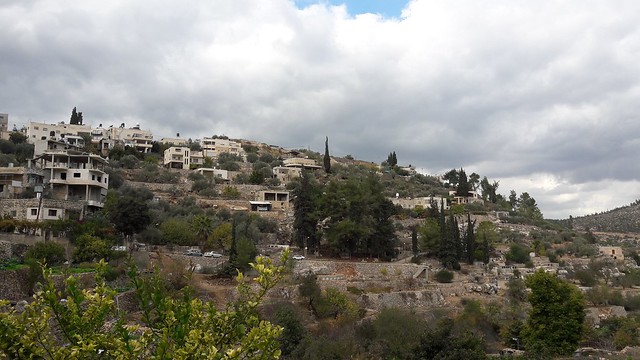 The most impressive thing when visiting Battir is the 2000 years old irrigation system that the village has, working even today. Built on a hill, the village has terraces used from ancient times for agricultural purposes supported by a network of irrigation channels fed by underground sources. 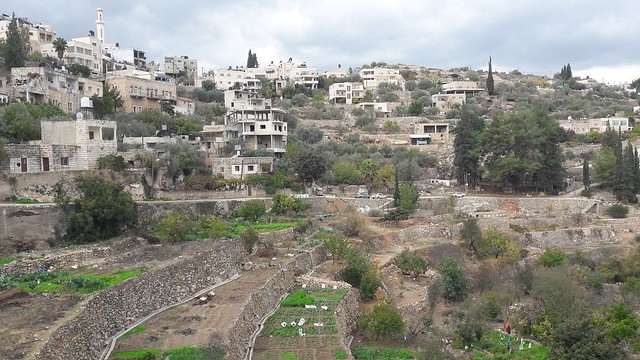 The Roman Spring is where all the water for the village comes from and the Roman Bath is the main tank where the water is gathered. The story says that there are eight families in Battir and thus eight days in the week. Each day, one family has access to irrigate its crops with the spring water. Clothing and rocks are used to block the irrigation canals in one direction, allowing the water to flow to the fields of each family. Each year, an old measuring stick is placed in the cistern to measure total water collected over the winter. The total water collected is divided equally according to size of land to each of the Battiri families. 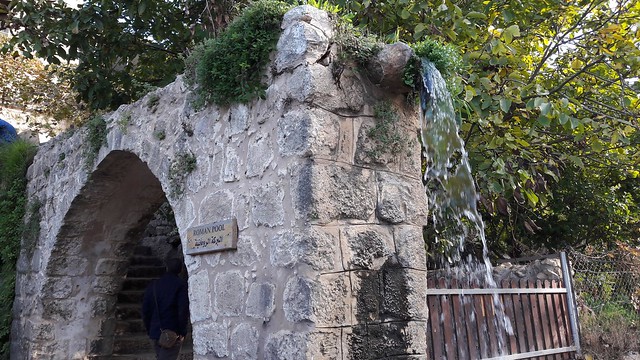 With such a well organized irrigation system, Battir is also know for its rich agriculture. Here all sorts of vegetables grow and are fresh and tasty. The village is sometimes called ‘The Basket of Vegetables’. Also olives, grapes, figs, apples, peaches, you will find them all here. 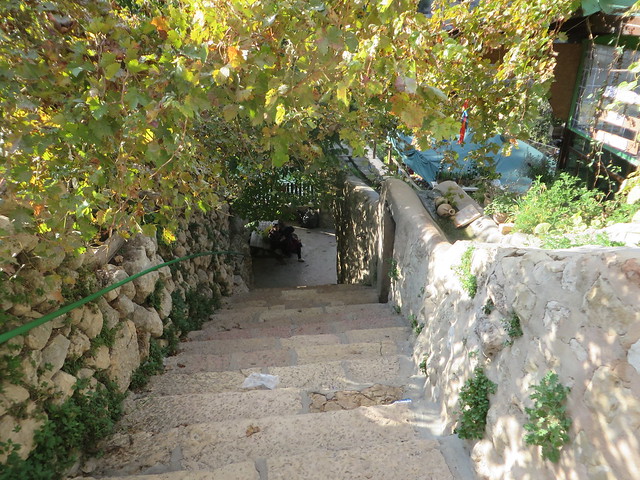 But what is Battir actually know for is the Battir Eggplant – a variety of eggplants that only grow here. They are long, slender and sweet. The locals say this eggplant is so sweet that you can just eat it raw, like a cucumber. 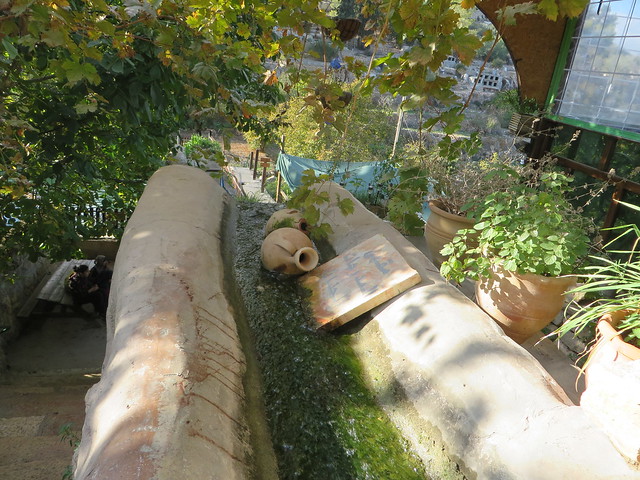 The Battir Eggplant is the secret to many Middle Eastern food recipes, making them more full of flavor.

Eco Museum is more than just a building with a few exhibition rooms and with all sorts of photos and artifacts. It’s an outdoor museum that presents the life of the village as a whole. It’s the best way to preserve the natural and cultural landscape of the area and show it to the world. 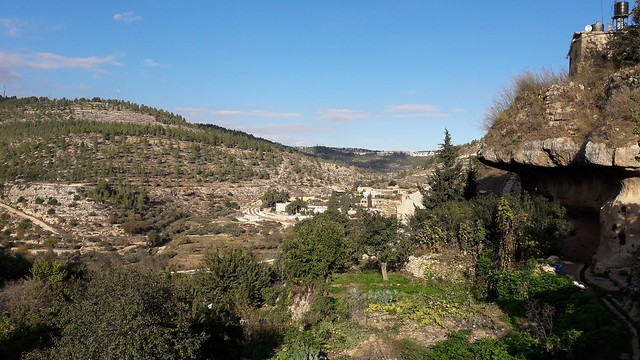 It’s actually the best method to use when talking about Battir, as it’s the village, its traditions, the people living in it, the culture and the hills around the village that make it special.

Battir has been in a conflict area for a long time and the cultural heritage was been in danger many times. The terraces and the identity and the village lifestyle together with them were in danger of being destroyed. But thanks to a group of people who believe in the true values of Battir and use all their efforts, finally in 2014 after a long struggle, Battir was included on the UNESCO World Heritage List. 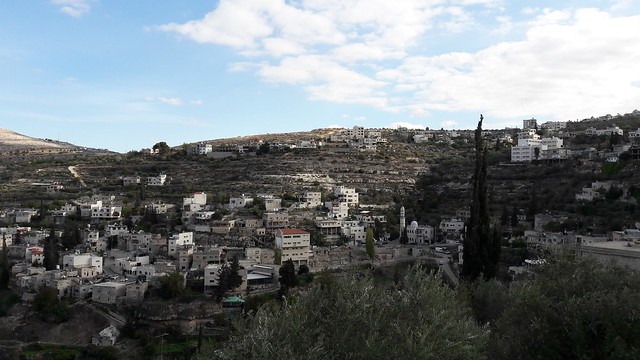 It’s a true example of rural life, of well preserved traditional and old methods of working the land and of cultivating vegetables and fruits. Places like Battir are fewer and fewer in the world and no effort is too much when talking about preserving them.

Activities in the village

Besides a nice walk in the village, the outskirts of Battir are also worth exploring. A nice hike on the hills around will offer a good option to workout a bit. The view is quiet spectacular and sunsets are the most spectacular. 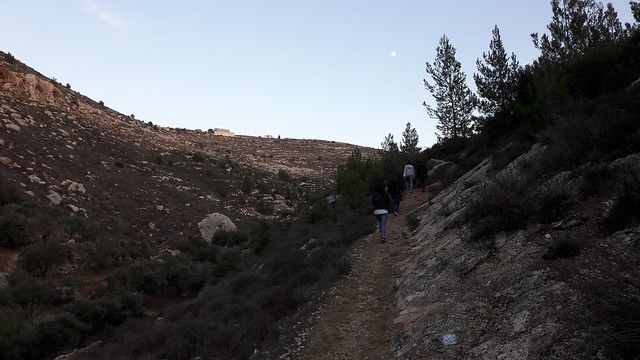 There are hiking and cycling trails that start in Bethlehem and go to Battir, you can go camping on the hills nearby. There are also a lot of Roman tombs in the hills around Battir. During summer time, there are all sorts of events happening in the village and outside it, to promote as much as possible the area and to help the locals live a normal and decent life.

Try the local products and recipes

Michael took us to Al Khribeh, a place that has recently opened up, but with a very nice garden with the best view over Battir. Here we tasted a very traditional Palestinian recipe, that we enjoyed to the maximum. 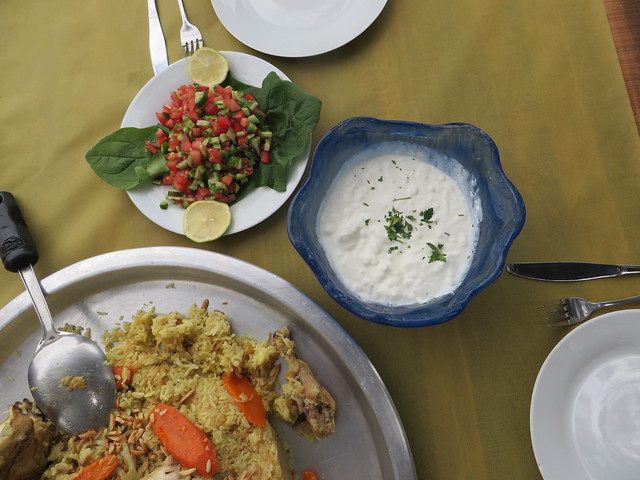 Maqlubeh includes meat, rice, and fried vegetables placed in a pot, which is then flipped upside down when served, hence the name maqlubeh, which translates literally as “upside-down”.

The Terrace’s Cafe al Jenan is the place we stopped for a tea after we had a nice walk in the village. Hassan, the owner is also one of the people who did all the hard work to bring Battir to where it is today so sitting with him at the same table and telling us the story of the village was such a privilege and a nice experience.

The terrace has such a bohemian feel, exactly how Hassan made us feel while visiting him. They also serve meals, so it’s also a good option for testing some local products and recipes.

In terms of accommodation, we don’t know much, as we spent the night in Bethlehem, but I did get across Dar Abu Hassan Guest House, which looks really good.

Hassan and a group of very well motivated people from the village have a big objective for 2020. They want to make Battir the most touristic place in Palestine and they hope to attract the biggest number of tourists from the country. They have about 40 projects already running to achieve this goal. 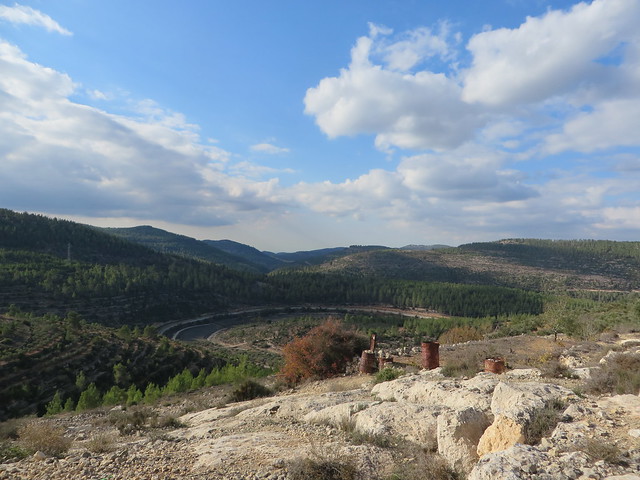 And knowing that the main attractions are the originality, the culture and traditions of the place, they are more than sure they will succeed.

Some pages to give you an idea of what Battir is all about: