This year’s summer has been, at least so far (and it’s mid July when I’m writing this post) a bit hectic, with too much rain almost every day and low temperatures that almost got us to turn on the heat indoors. This also means that the hiking season was not officially open, but end of May we still decided to go up in the Făgăraș Mountains for a weekend and get a bit away from all the city noise. 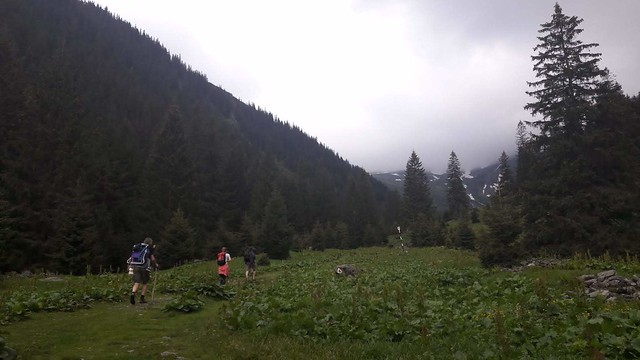 As we planned a family weekend, meaning that we also had our daughter with us, we had to chose a short hiking trail to a chalet up in the Făgăraș Mountains so that we could quickly get indoors in case the rain would start. 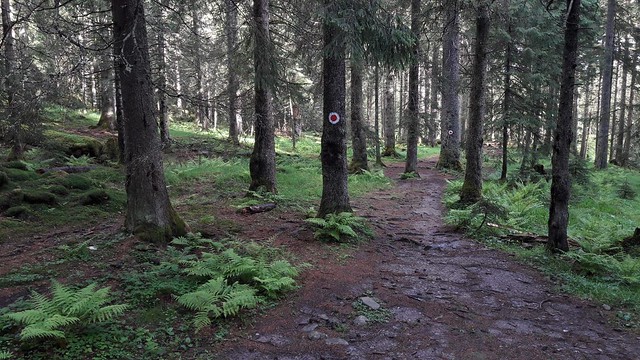 The weather forecast for the weekend didn’t look very bad, it did show some rain, but mostly on Saturday. This is why on Friday afternoon, after work, we started the trip to get as soon as possible to the chalet. For this particular weekend we chose the Valea Sâmbetei Hut, it’s only about 1 hour and 30 minutes of hiking and the view of the Făgăraș Mountains ridge is to say the least, spectacular. 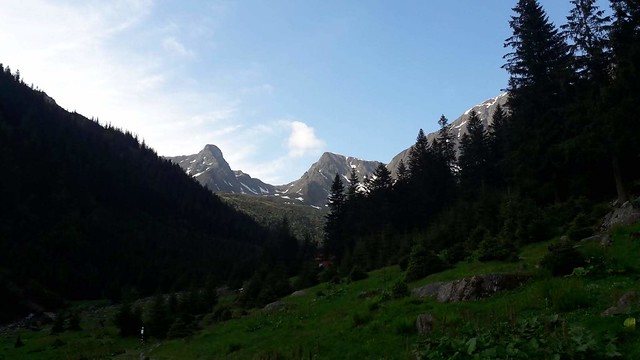 We had visited the hut earlier this year, in January, but everything was completely covered in snow and looked a bit different than now when all the snow had melted and all the trees and grass were green. 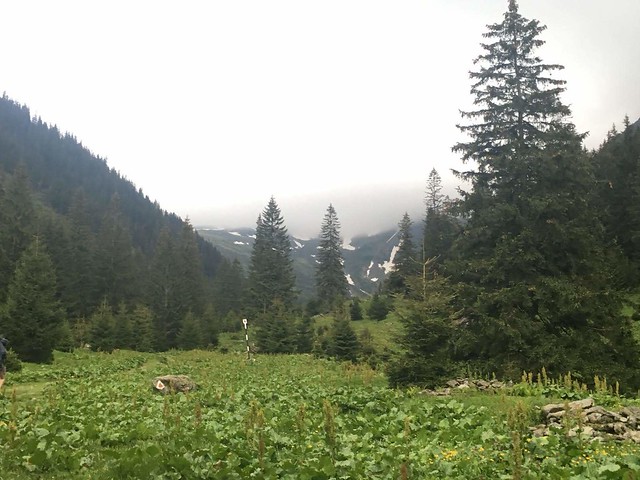 To get to the Valea Sâmbetei Hut you have to get to Sâmbăta de Sus and follow the forest road until you consider that the car can’t go any further. As we have an all road car, we managed to go almost until the red triangle path

begins. The path to the hut is quite an easy one and it doesn’t require a big effort. It’s actually a very nice walk through the forest, following the blue triangle marking. 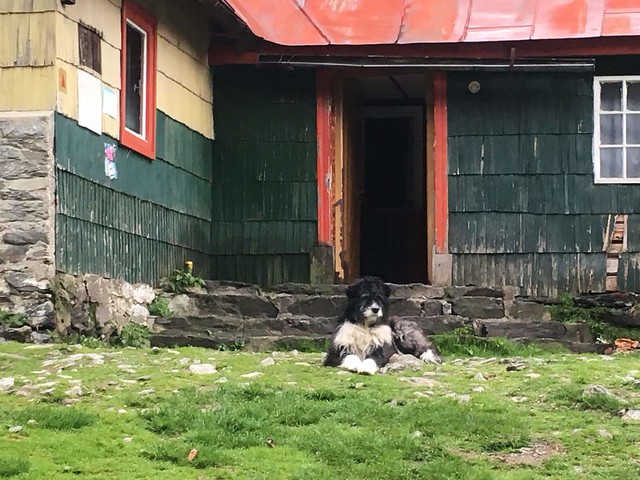 Valea Sâmbetei Hut is the starting point for going on the Făgăraș Mountains ridge and to the Moldoveanu Peak, the highest one in Romania (2544m). But for us, as we were also with the kid and since Saturday rained all day, we were quite static and spent all the time around the chalet. 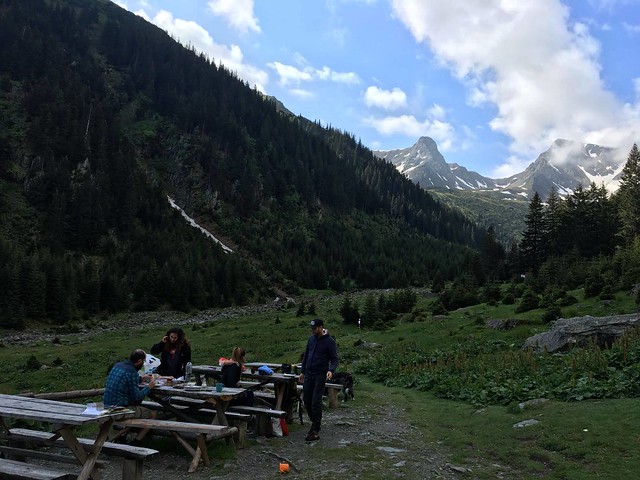 We did get a bit of sun on Saturday evening, just before sunset, that allowed us to get the beautiful view that this place has to offer and to feel that the trip had a purpose in the end. After all the clouds and the rain, seeing a bit of clear skies and the high mountains, gave the weekend a new meaning. 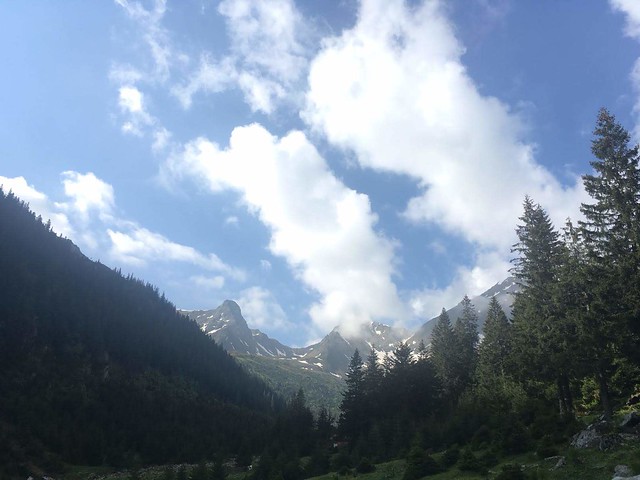 The Valea Sâmbetei Hut has a very good position, but unfortunately it’s an old one, where the people taking care of it don’t consider that cleaning the place should be included in their daily routine. The rooms are very untidy so consider taking a sleeping bag if you want to feel a bit of comfort while sleeping. They also serve food, which is not bad at all, but don’t expect nothing fancy. Still you will get some warm soups and second courses, plus some tasty omelettes for breakfast and a very nice tea with rum that kept us warm during the rainy weekend we spent there. 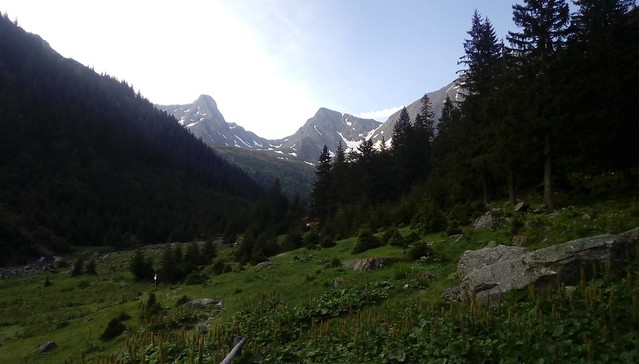