We’ve been to Sighişoara before, but not in the recent years. This summer we had a weekend there due to a wedding and we took the time to walk around in Sighişoara’s medieval old town as much as the rain allowed us to. We were pleasantly surprised to find a clean and renovated Sighişoara, with freshly painted houses and streets. 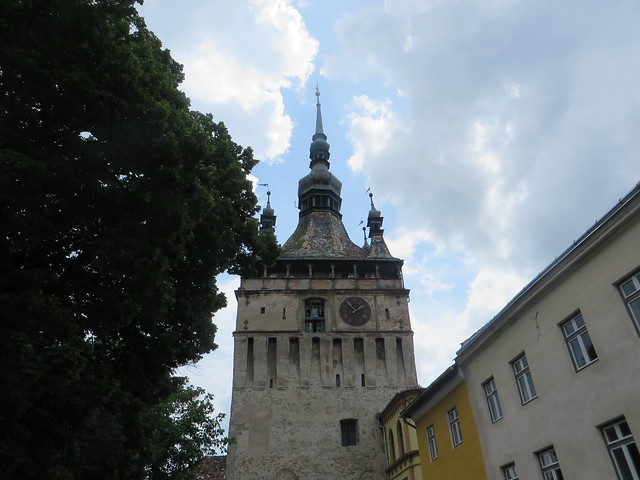 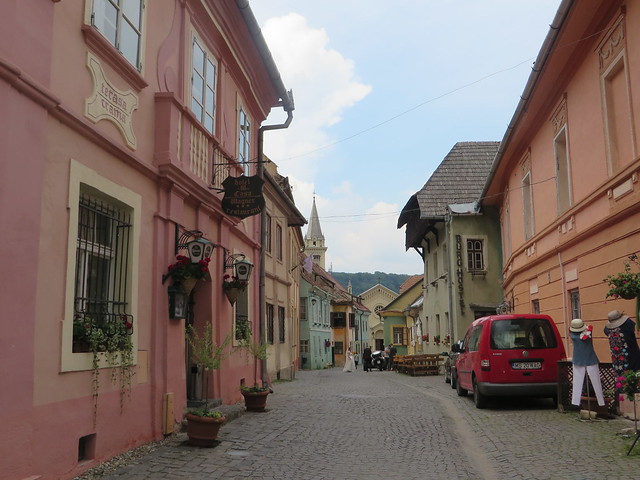 Sighişoara is located on the Târnava River in Mureș county, in Transylvania. German craftsmen and merchants, the Transylvanian Saxons, were invited here by the King of Hungary during the 12th century, to settle and defend the frontier. 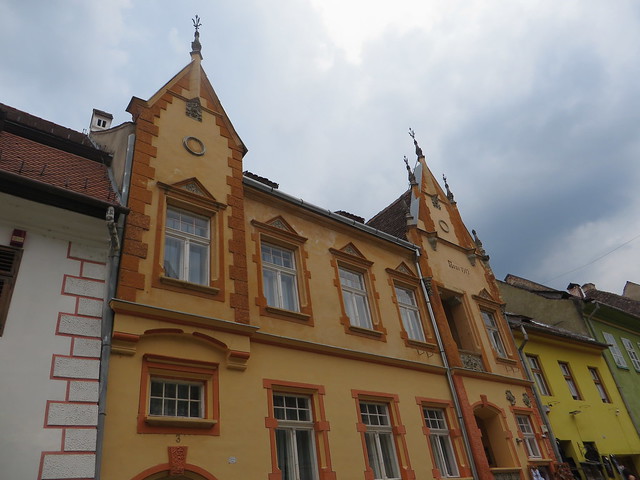 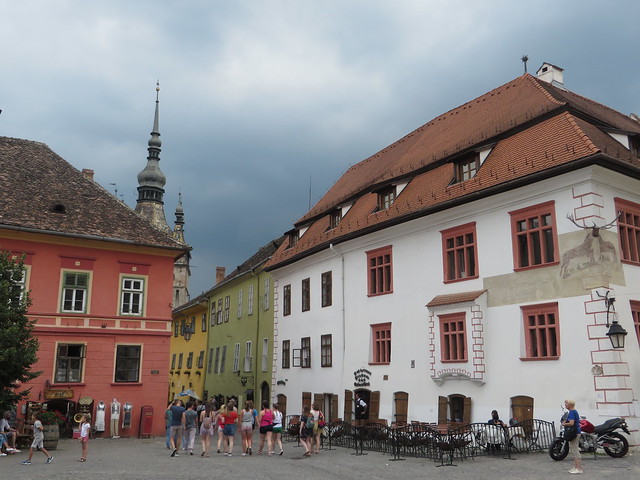 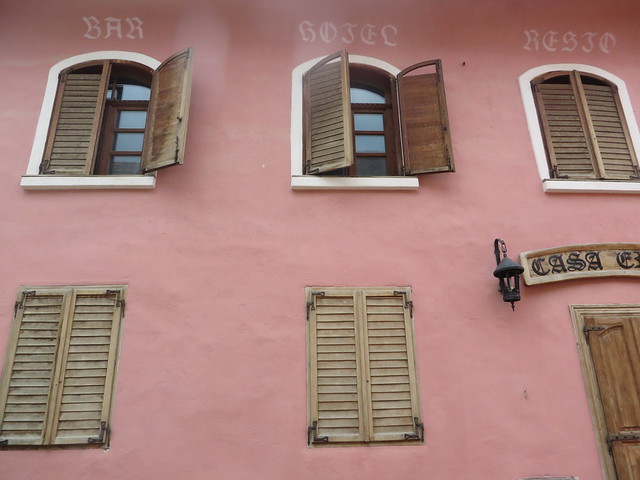 Sighişoara old town has preserved even nowadays as a small medieval fortified town and it has been listed by UNESCO as a World Heritage Site. It is one of the few remaining medieval towns still inhabited. Besides the cafes, restaurants and guesthouses that you see everywhere you look in the old town, there are also people still living in this beautifully colored houses. 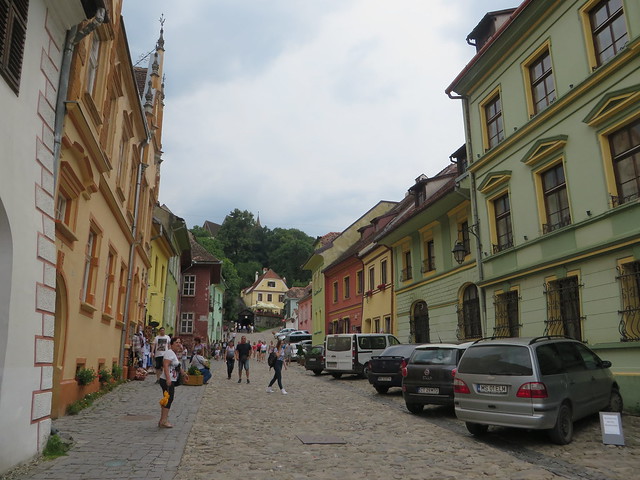 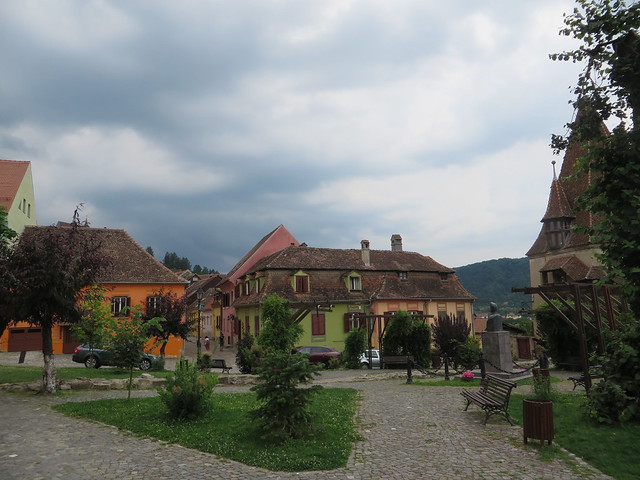 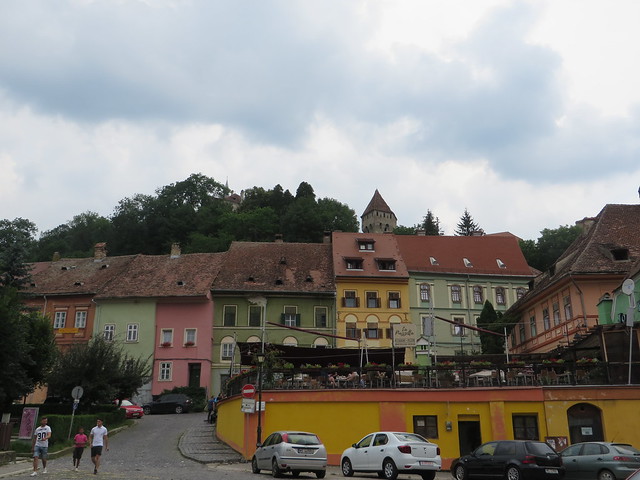 The Sighişoara old town is rather small, so a day of walking around is more than enough to check out every hidden corner of this place. Don’t miss the Clock Tower (one of the main attractions), the Covered Stairs, the Hill Church or the Deer House. 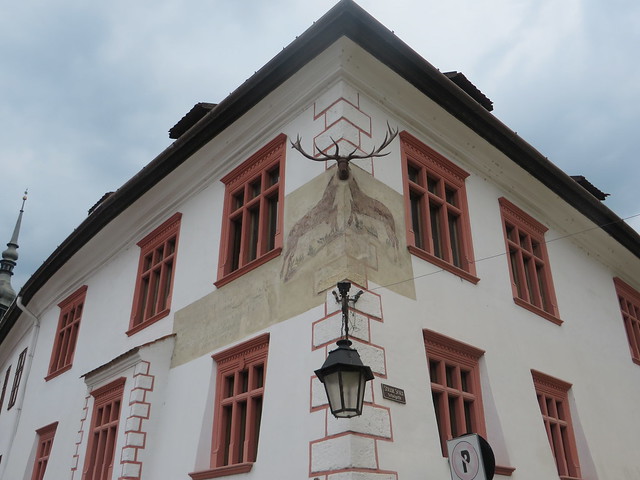 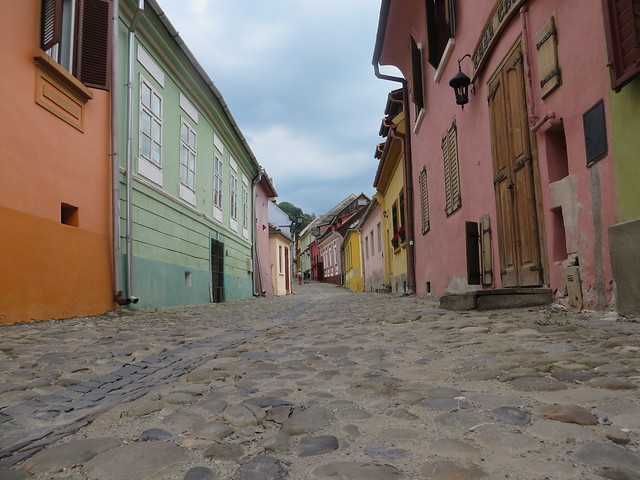 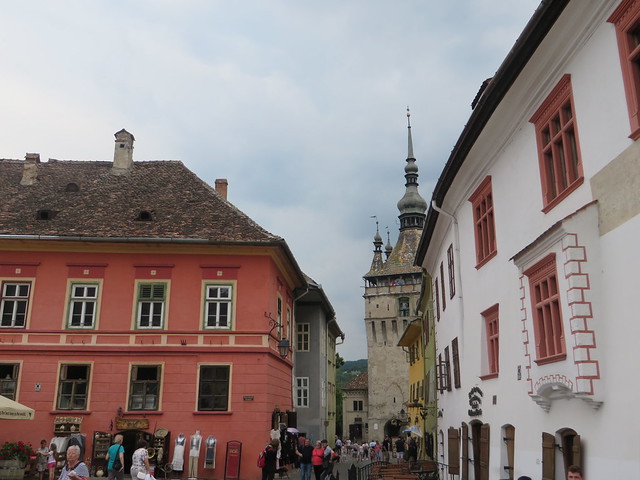 Sighişoara is a rather known destination for tourists, even internationally, when talking about Romania. It’s a must see when spending some time in Transylvania, together with its bigger brothers – Sibiu, Brașov and Cluj Napoca! 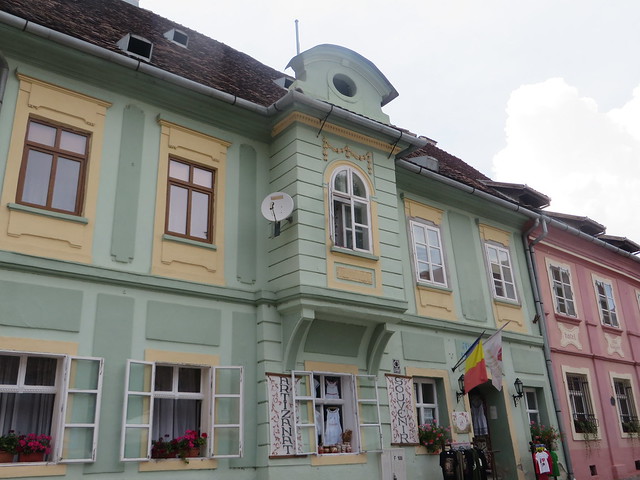 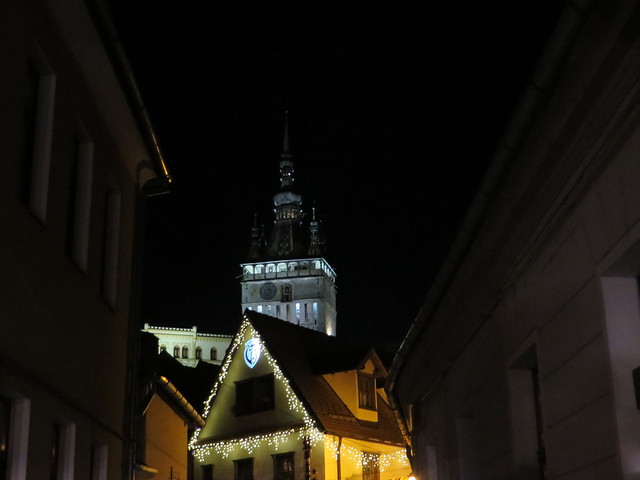