I think autumn was the season we never got the chance to go hiking and after this trip, I’m still deciding which season I like more for hiking – spring with everything turning green and so many flowers, summer with its clear skies and mild weather, autumn with the forest full of burgundy tones or winter with its never ending snow. 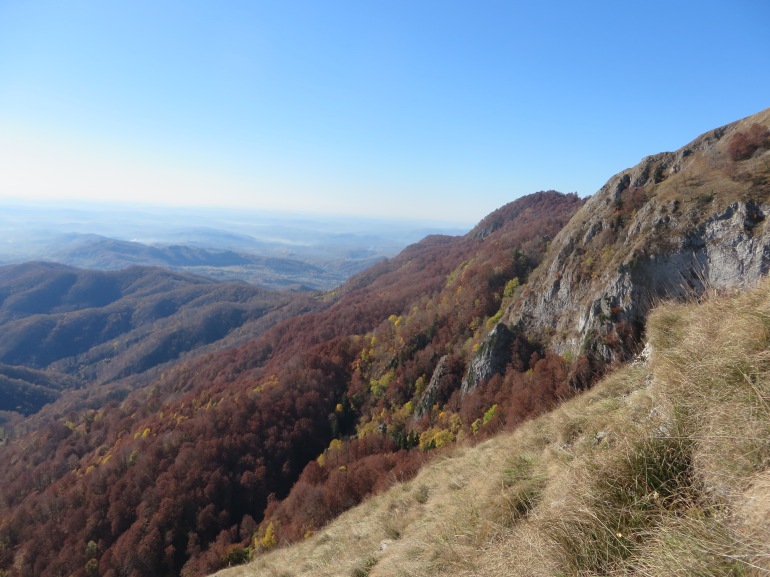 So here we are, one Saturday morning in October, at a very early hour, heading to the Buila-Vânturarița National Park for a one day hiking trip. This trip is a first for us for more than one reason: first to go hiking during autumn and first to go hiking with a organized group. Normally, we prefer to go just the two of us or with a small group of friends and we try to organize the whole thing. But we said to give it a try and see how it works. 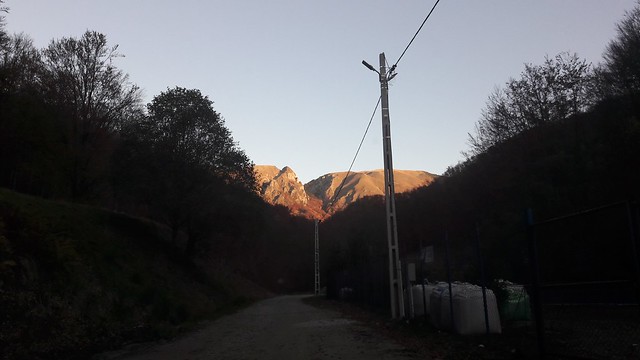 To Buila we’ve been one year before for a weekend during summer, but we only did a small part of the hiking trails. The Buila-Vânturariţa National Park is the smallest national park in Romania, with a total area 4186 ha, located in the Vâlcea County (south-western part of Romania), in the southern corner of Căpăţânii Mountains (the Meridional Carpathians), lying on the territory of the Costeşti and Bărbăteşti villages and of the Băile Olăneşti city. 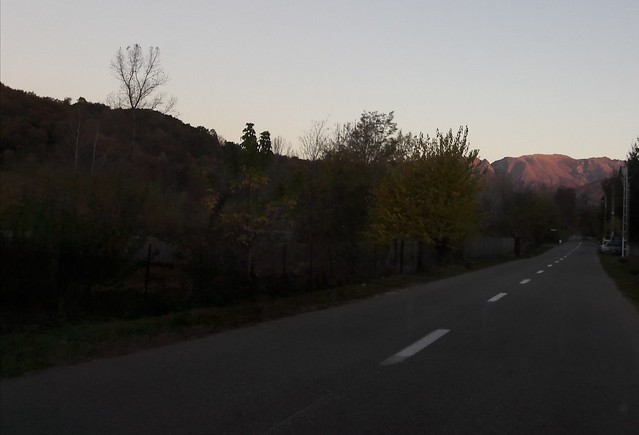 This time, we started our hiking trip from the Bărbătești village. We followed the main road in the village in the direction of the National Park and where the road ended, we parked our cars and took the red cross path

.  The path goes through the forest and it was the first encounter with the beautiful autumn colors. Trees have changed color from green to burgundy and coppery, absolutely beautiful. 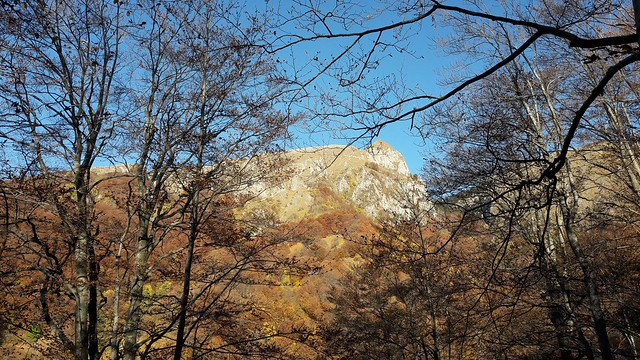 In about 1 hour and 30 minutes we got to the Pătrunsa Hermitage (Schitul Pătrunsa) where we had a short break and then started the ascent towards the ridge of the mountains, the purpose being to get to the highest peak of this mountain range. 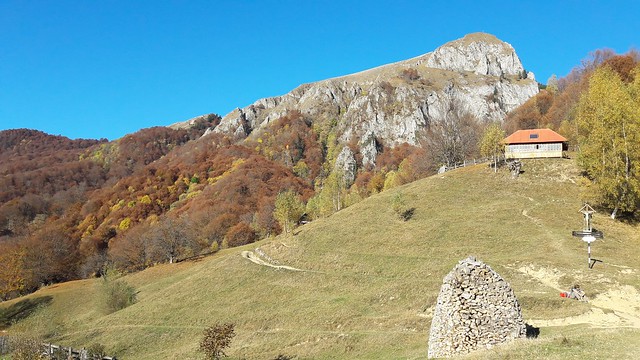 We followed the yellow circle path

in the direction of the Buila Saddle (1560m) (Curmătura Builei). This part of the path is quite steep, we put quite a lot of effort in getting to the saddle. The first part of the trail is through the forest and then you get to the mountain ridge and get the first glimpse of the mountains and the surroundings. 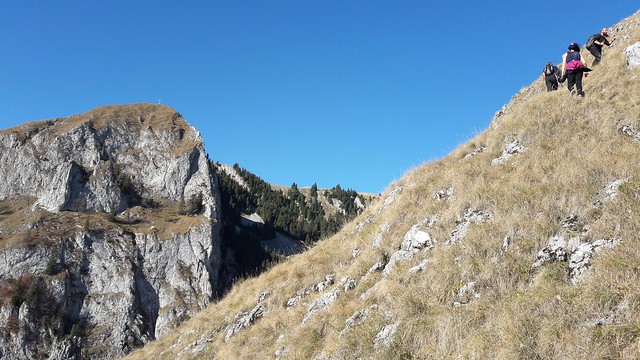 Lucky us, we had such a nice weather, with a perfectly clear sky that allowed us to see everything that was around us and to enjoy the fresh autumn air and the perfect view. 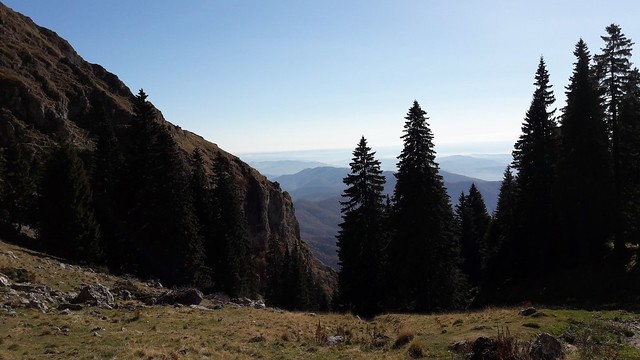 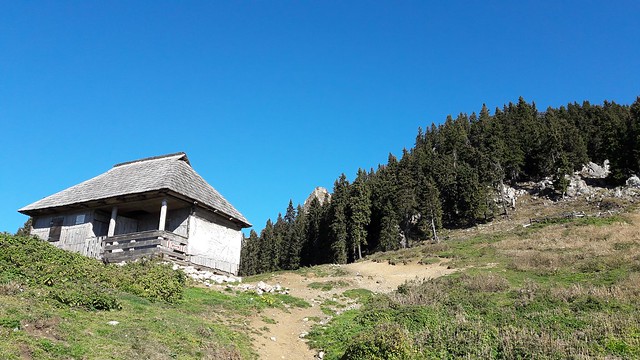 that would take us to the highest peak, the Vânturarița Mare peak. Until reaching the peak, the path goes only on the ridge, so no more forests to go through, but an amazing view everywhere we looked. 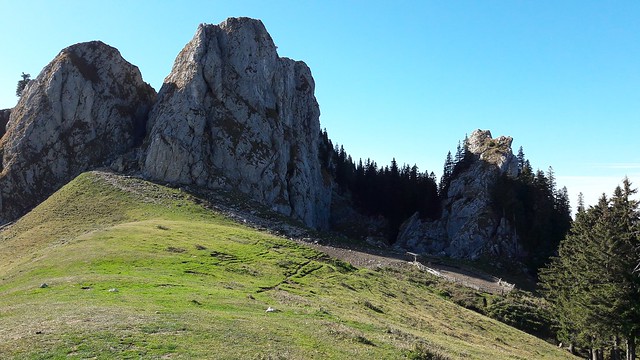 In another 1 hour and 30 minutes from leaving the Buila Saddle we were up on the peak. This part of the path was quite an easy one, with a rather easy and relaxed walk. Exactly what we needed to be able to absorb all the beauty laying at our feet. 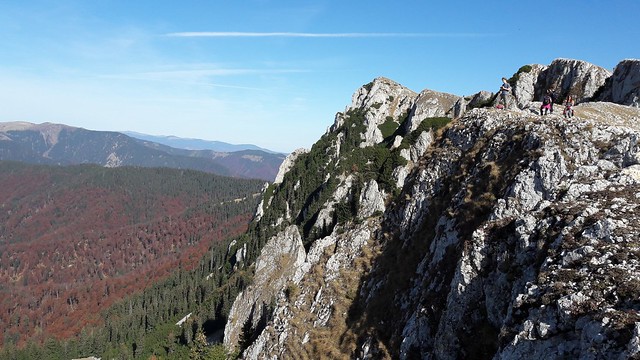 With the clear sky we had that day, we could see as far as the Făgăras Mountains. Everything was covered in the beautiful autumn colors, such a delight for our eyes. 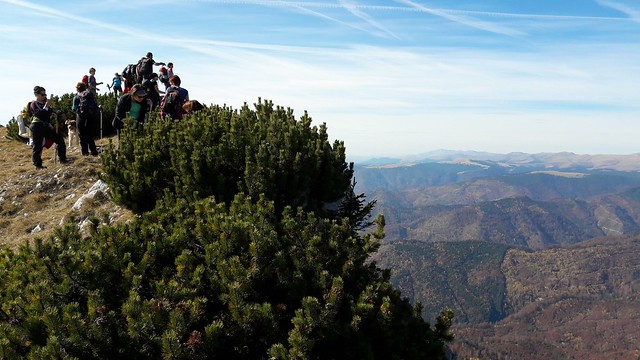 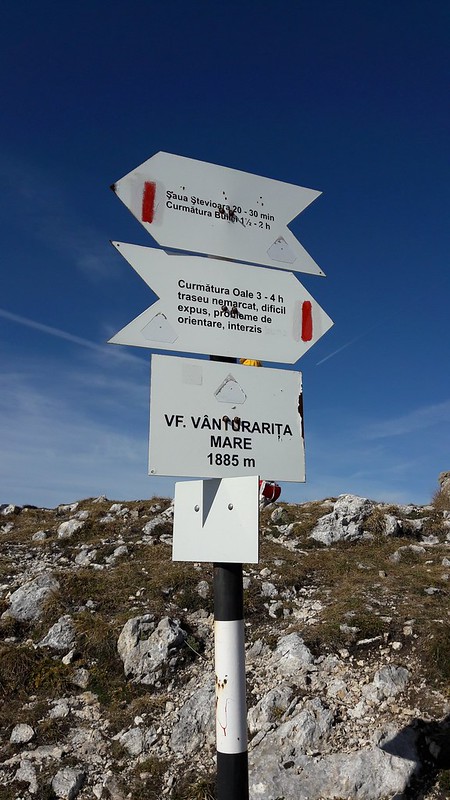 This part was again a steep one, I would say it was more difficult going down on a steep path that going up in the first part of the day. We got down to the Pahomie Hermitage in about 2 hours and from there we followed the red circle path

back to the Pătrunsa Hermitage. 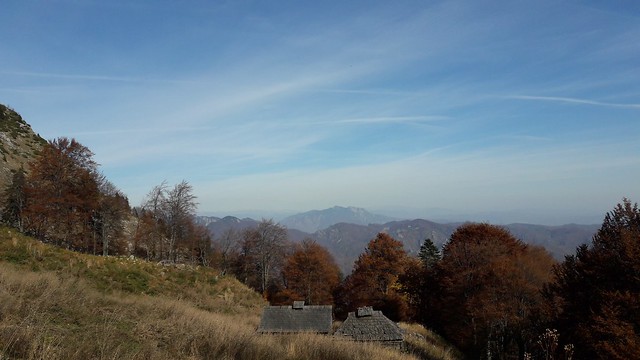 As we were not doing too good with timing, we had to hurry a bit to get back before it got dark to where we had left the cars in the morning. From the Pătrunsa Hermitage we followed the same path as that morning and we managed to get to the parking place just 15 minutes before getting dark. 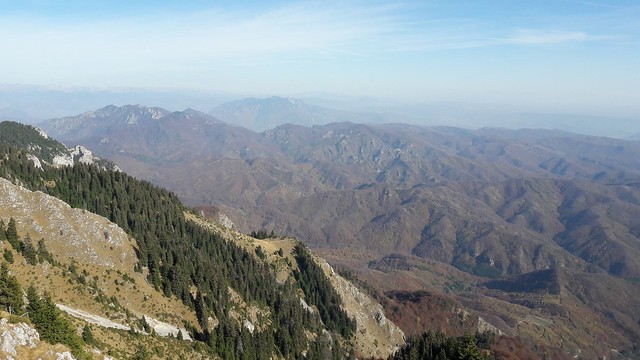 The trip lasted about 10 hours in total. It wasn’t an easy one, for sure, but thanks to such a nice weather and to all the beautiful sights, we almost didn’t feel how time flew and we were back to where we had left the car that morning. 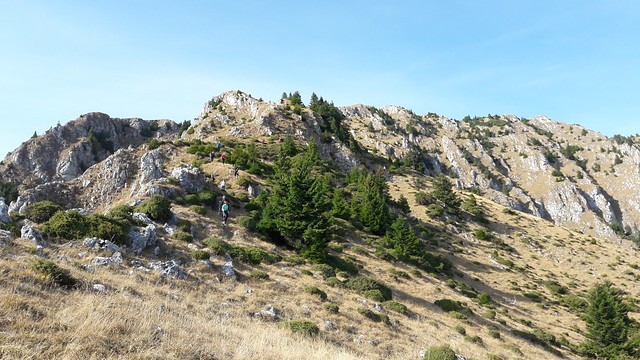 I’m not sure about the exact distance we walked, but it was a long trip, that’s for sure. We did a lot of walking, especially in the last part of the trip, when going down from the Vânturarița Mare Peak back to the Pătrunsa Hermitage. 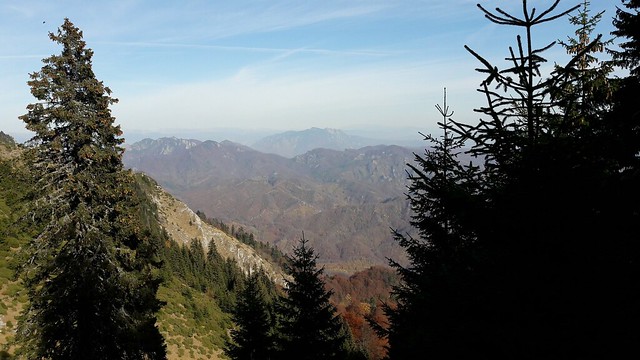 As for doing the trip with such a big group (we were about 20 people) it was an overall nice experience, although in the beginning I was a bit skeptic. It was nice that the guy organizing the whole trip knew the area very well and he guided us all the time and motivated the group to keep the same pace. 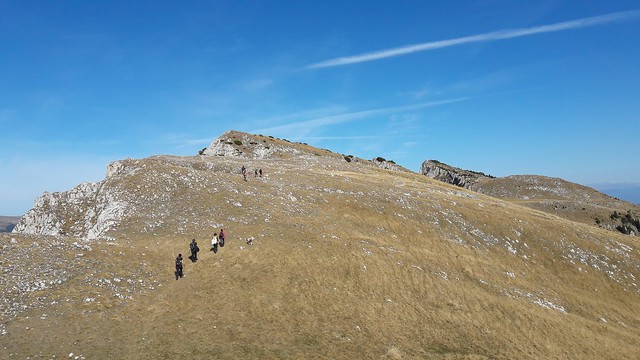 It was a nice experience, like hiking normally is, with a lot of physical effort, but in the end with so much good vibe and so much good energy to keep our minds clear for days in a row. 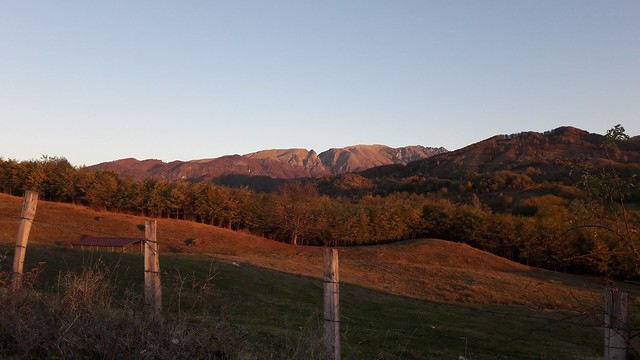