[Romania] The Escape of the Lole – a tradition with Medieval roots

Every year, in the last Sunday of January, Agnita becomes the home of a very special event and of one of the few authentic and original traditions still standing in Romania. It’s not something about which you hear too much in the news, but living in Sibiu you get to know things after a while. It’s the first time we got the chance to see live this beautiful tradition and we’re already waiting for next year’s edition. 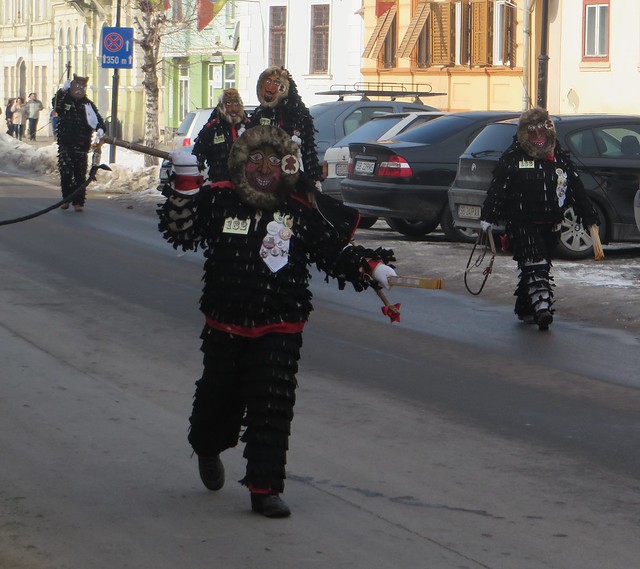 The Escape of the Lole has its roots in the Middle Ages. When the Turkish invaders attacked the citadel of Agnita, a young girl named Ursula got disguised in a scary costume, went out of the citadel and made deafening noises with her whip, thus chasing the Turks away. 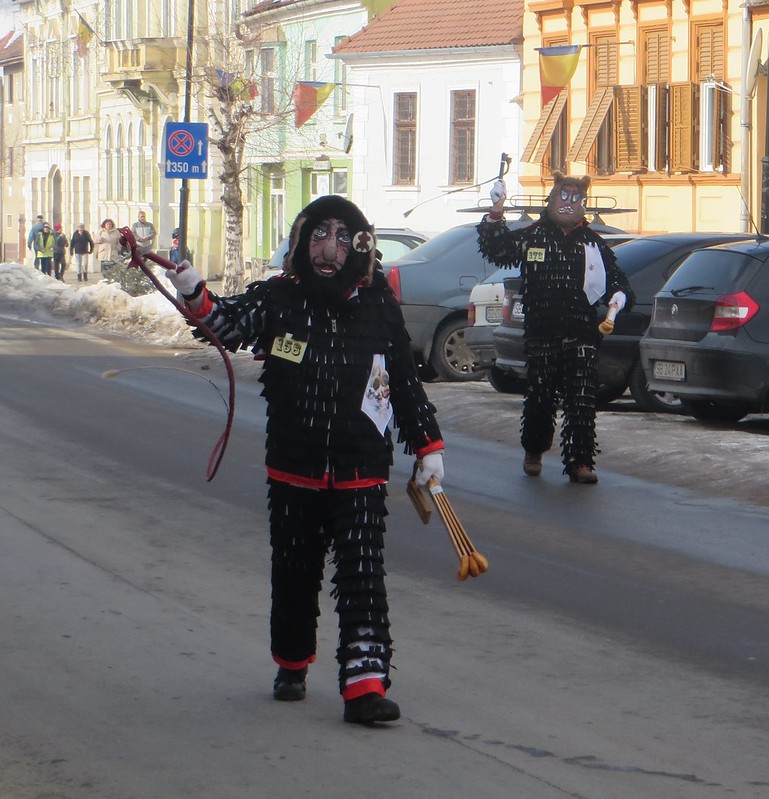 In the 17th and 18th century the custom of the lole was closely linked to the custom of handing over the guild box to the new town chief. The gathering was accompanied by the lole, which were funny characters whose role was to protect the boxes from the neighborhoods. 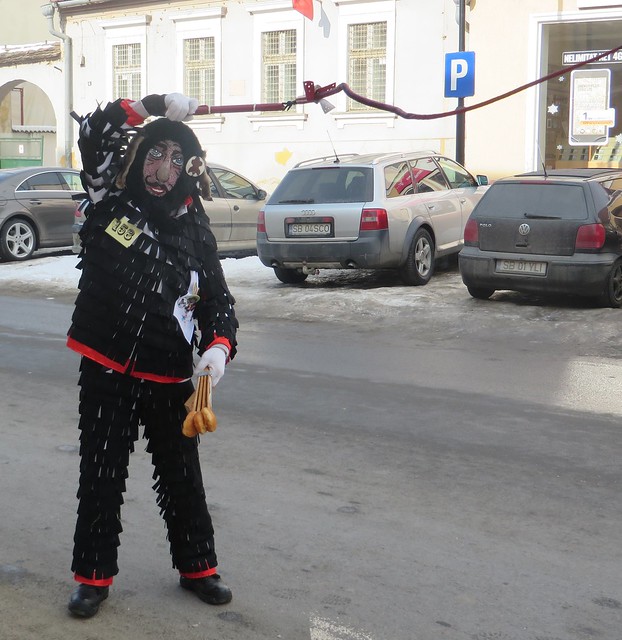 Today, the custom took the form of a parade opened by the chief of the shoemakers’ guild accompanied by two little children as a symbol of guardian angels. Then come the tailors’ guild, the furriers’ guild and the coopers’ guild. The procession ends with the Transylvanian Hymn then the lole run in groups on the streets to chase the evil spirits by stroking their whips and shaking their cowbells. 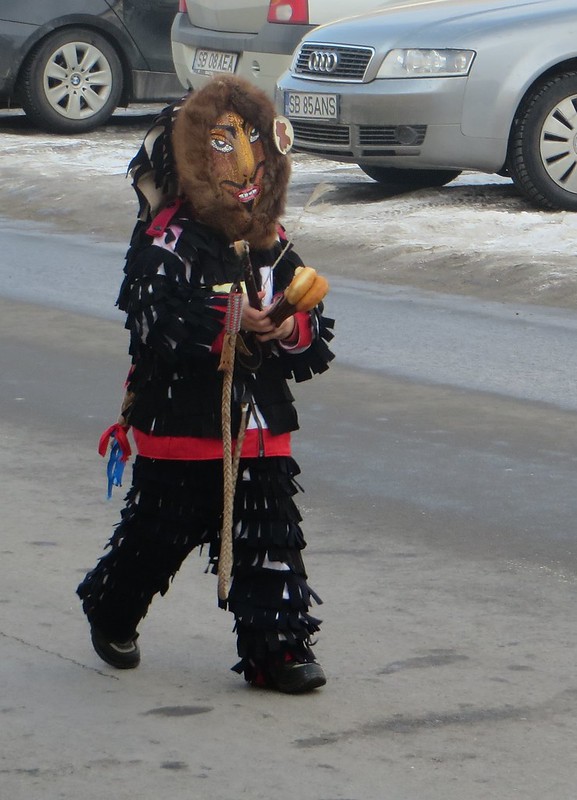 The attraction of all this parade are the costumes the lole are wearing. The pants and the shirts are made of black stripes sewed on a white fabric. 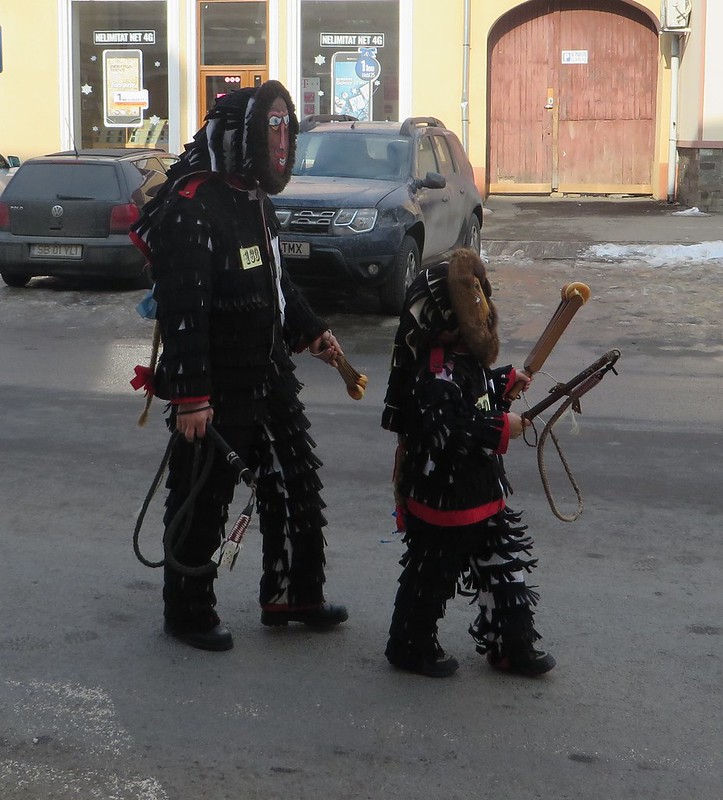 The face masks are the ones that are the most impressive. Normally they have a border made from rabbit, fox or marten fur and a funny looking painted face. In the back, tied to the mask, there’s a long braided hemp tail. 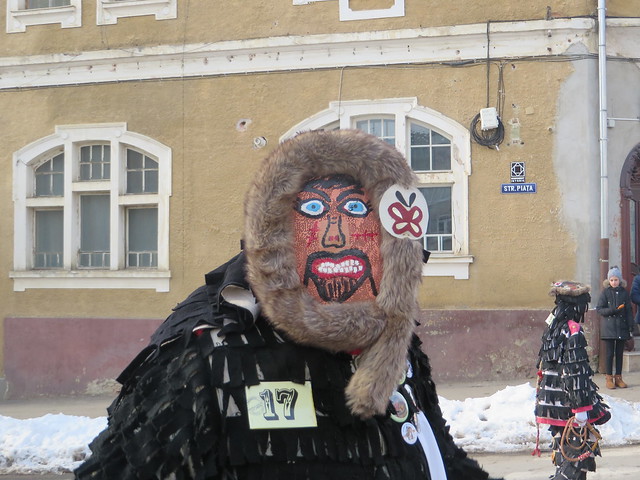 The lole run on the streets of Agnita making noise with their cowbelles and their whips. In one hand they have a sort of wooden pincers with donuts. The lole normally give the donuts to kids who are a bit afraid of these characters. 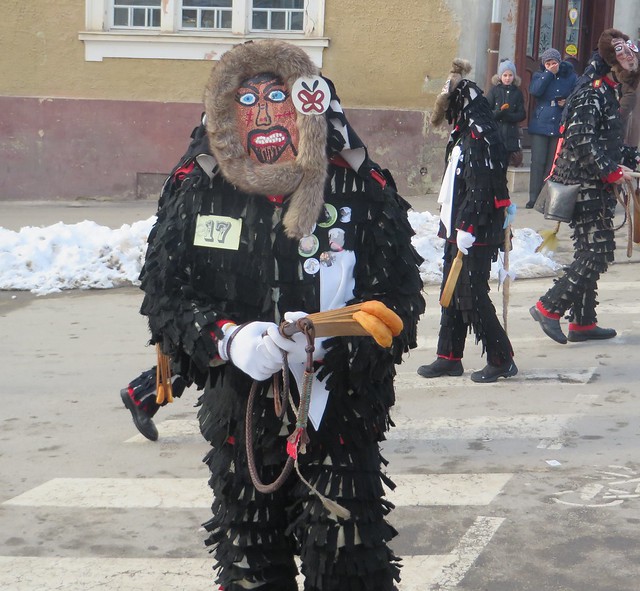 With kids it’s always a bit tricky, especially with the younger ones. We also had our 2-year old daughter with us. She was a bit uncomfortable at the beginning, but getting her hands on a tasty donut, made her forget all about being scared. 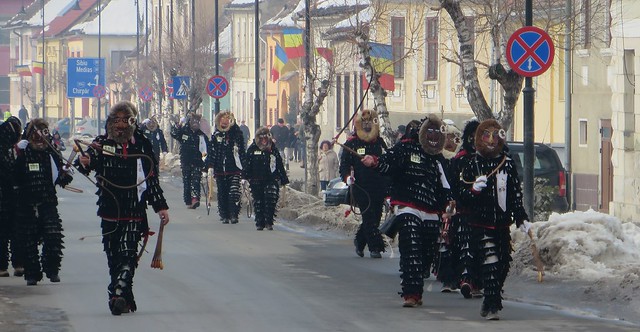 For one day, a town that’s quiet and calm becomes a vivid place, with the lole running on the streets all day. There are more than 100 lole doing this every year so its such a great show to watch. 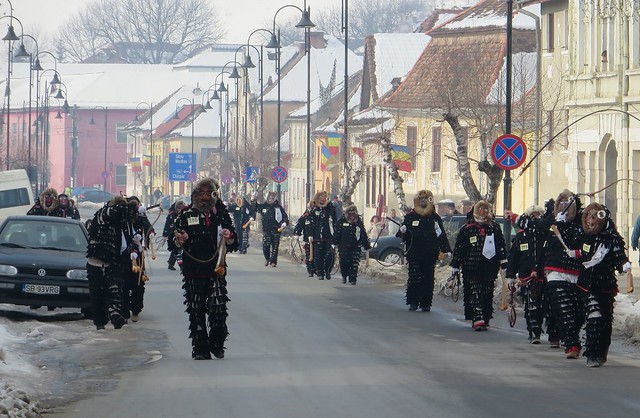 It’s an amazing tradition and such a good reason to run away from the big city on a winter day, when normally there’s not too much to do than stay inside. 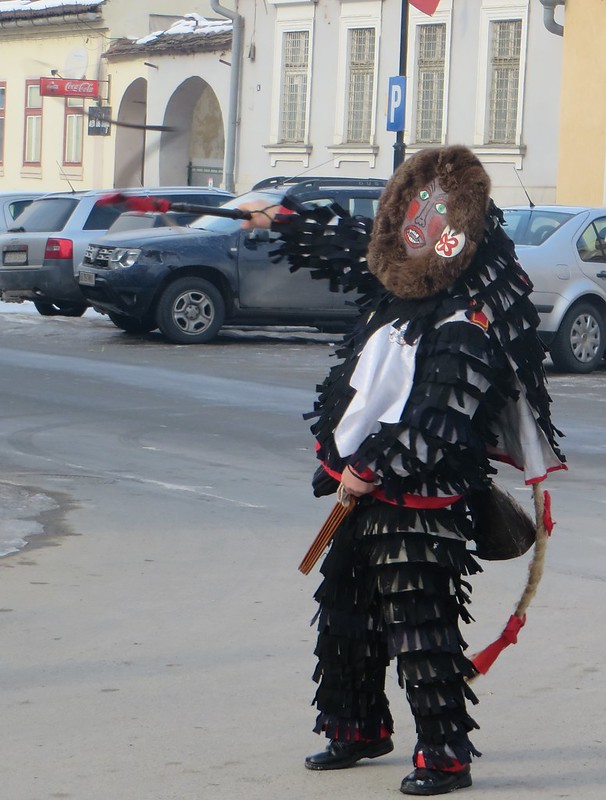 Here’s also a video of how The Escape of the Lole looks like :