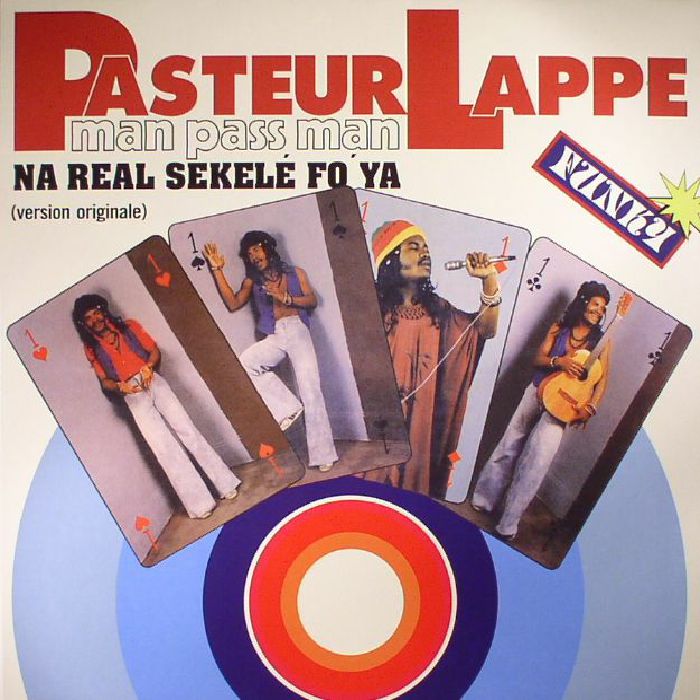 The story begins in the 60s with a charming 19 year old Nicolas “Pasteur” Lappe becoming a sensation on Radio Adele in Douala, Cameroun. He goes on to become the editor of the Douala Gazette newspaper and become friends with other African music stars such as Tala AM, J Moboule and Fela Kuti. He also works tirelessly promoting new and upcoming local Cameroonian talent. After moving to Paris, a stint in journalism school and publishing a book of poems “Chansons Negres” he finally settles into a new life of music in Paris.

His second album “Na Man Pass Man” is made in 1979 with the backing band and production collective called the Zulu Gang, which include Douglas Mbida (who went on to release several top flight albums himself) and Jacob Desvariaux (who went on to form Kassav). The album is full of diverse sounds; from driving funk, sweeping disco grooves, syrupy ballads, reggae, Jackson-five-esque pop to finger-lickin’ soul. At its core though is the custom “Sekele” groove… a movement to encompass the dance, grooves and vibes from his native Douala.

The album opens with Africa Seven favourite “Na Real Sekele Fo’ Ya” which takes stabby moog bass synth to a whole new level of grooviness. “Follow Me To My Dreams” takes proceedings on a reggae tip as the Zulu Gang show us just how Reggae they can go. Its sleezy Rhodes and sax led jazz funk of “Mbale”. Followed by “Missosi” a cautionary tale from our hero.

Side B opens with another slice of slick African Reggae with “Babette D’O (Rastawoman)” – the Caribbean chops of Jacob Desvariaux getting a full exercise here. Its then “Back To Funky” with some dance funk. It features Maryse Lappe guesting on vocals too. The “Lead” track from the album “ABC” is next with its stomping afro, pop funk delightfulness. A 12″ version was actually released in 1979 with a fine painting of our hero on the front cover. We close off the LP with the title track “Na Man Pass Man (Na Iron De Cut)”. This features Pasteur singing and professing his tale of the trials of Africans and African Music over a rolling bass guitar groove.