[Romania] Another weekend in the Saxon villages

Considering that the first trip we did somewhere in April was such a nice experience, we decided to do it again and check out some more of the beautiful Saxon villages in the Sibiu County (and a bit of the Brașov County).

This time, besides our daughter (1.5 years old), we had also our niece with us (12 years old). The experience was enjoyable for both of them, as the villages and the beautiful fortified churches have lots to offer in order to keep both of them busy: from hidden tunnels, to ringing the church bells to picking fresh fruits or just admiring the life in the countryside (and consuming enough energy to get them both to bed early :). 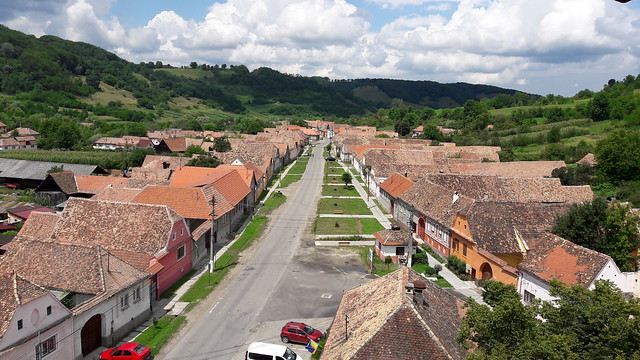 As I said, during the previous trip around this kind of villages, driving through them is a true delight. Beautiful architecture, still very well preserved in some of the villages, imposing fortified churches and stories from the locals, some of them having lived through 2 World Wars. 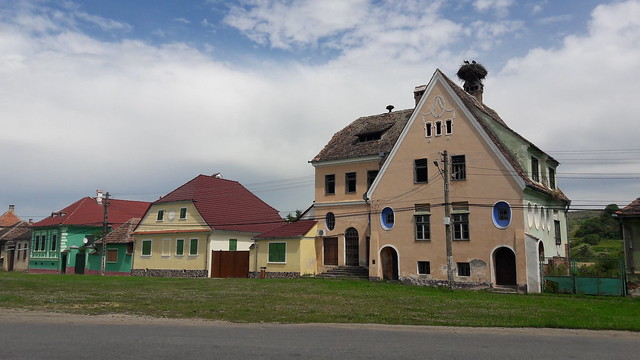 We started our trip on Saturday morning from Sibiu and our first stop was the village of Cincșor and its fortified church. The name Cincșor comes from the German Kleinschenk which means ‘small present’. 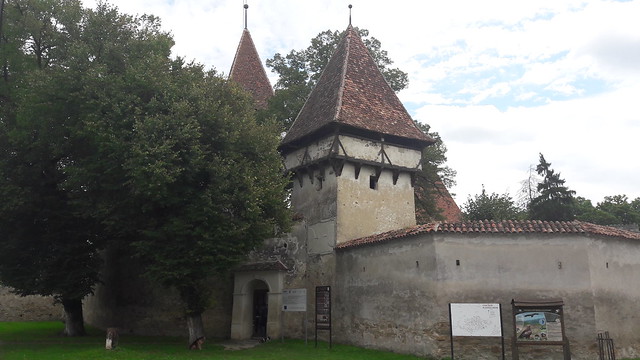 The church was built initially as a roman basilica in the XIV century and then turned in a Gothic fortified church in the XV century. It is a very well preserved monument, being recently renovated. 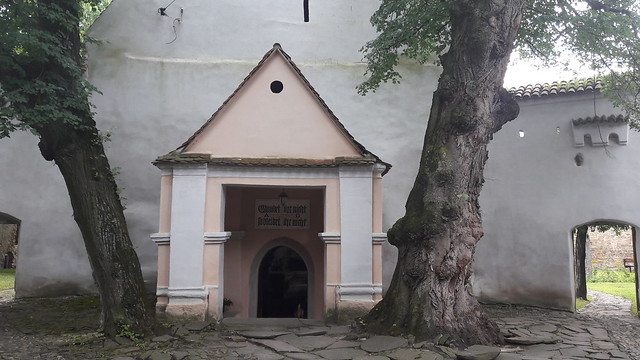 The church is built in the center of the village which gives you a chance to admire the beautiful houses, if you go up one of the fortification towers. 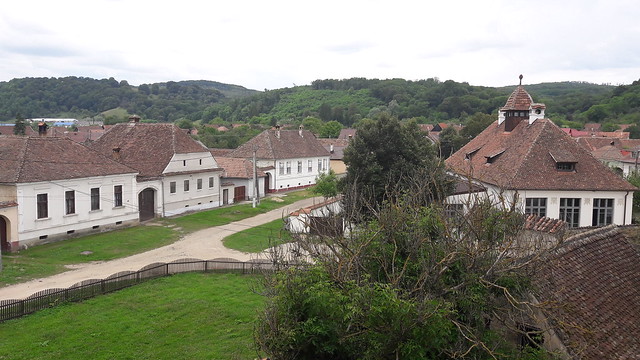 Only 9 kilometers away from Cincșor is Cincu, its older brother. The fortified church, located on top of a hill can be visible from everywhere you look. Bigger than the one in Cincșor, this church also has a very rich history. 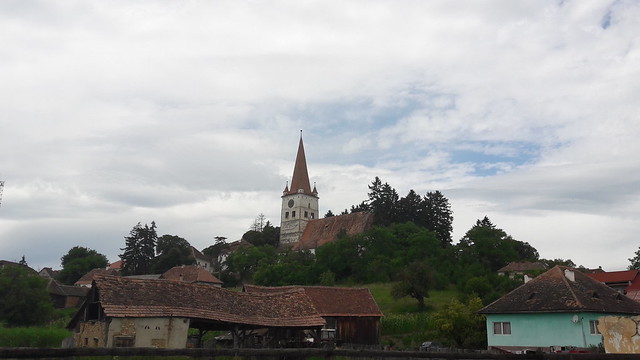 It was the main shelter for the people of the village during wars, in the XV- XVI century and it is said to have a 600 meter long secret tunnel that goes from the church to the cemetery. 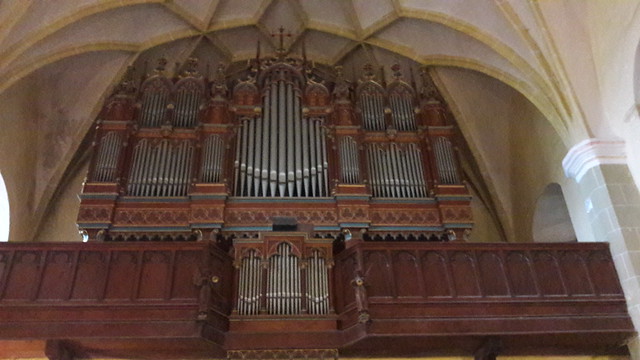 Right in front of the altar there used to be a fountain, so that, during the assaults, people would still have access to water. 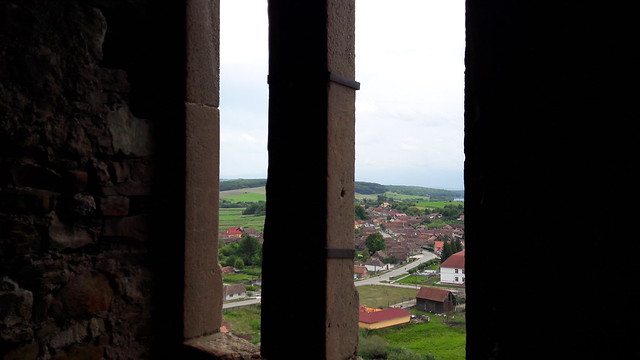 Next stop for us was the Merghindeal Fortified Church, which unfortunately, we found closed and we only had the chance to visit it on the outside. 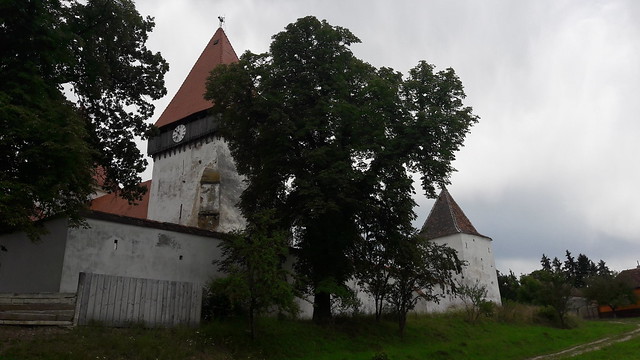 The village of Merghindeal first appears in an official document in the year 1260, under the name of Mary’s Valley (Marienthal), the Saxons being the first ones to inhabit the area. 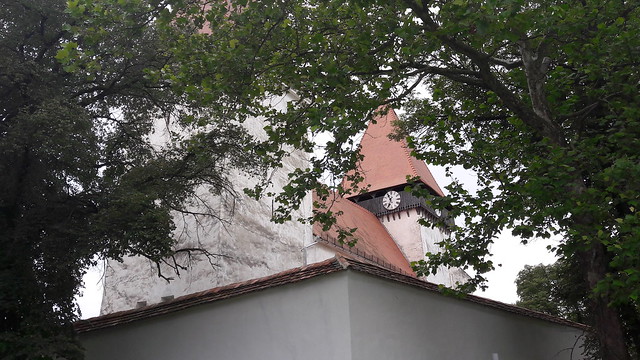 As in other similar situations, they also built themselves a basilica that, around the year 1500, was fortified to keep up with the invasions in the region. 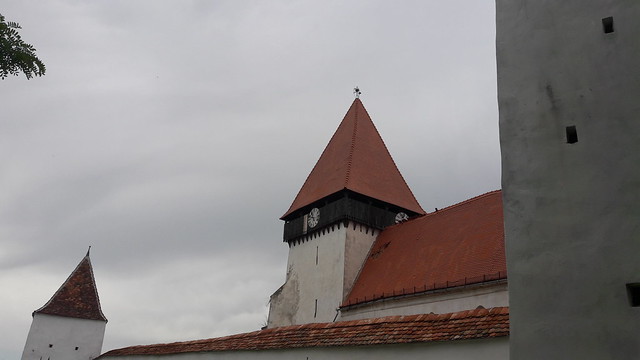 Our last stop for Saturday was the Dealu Frumos village, which is said to be in the exact center of the country, and its fortified church. We had the chance to admire a bit the village and its beautiful houses and also to meet and talk to the old lady who is in charge of the church. 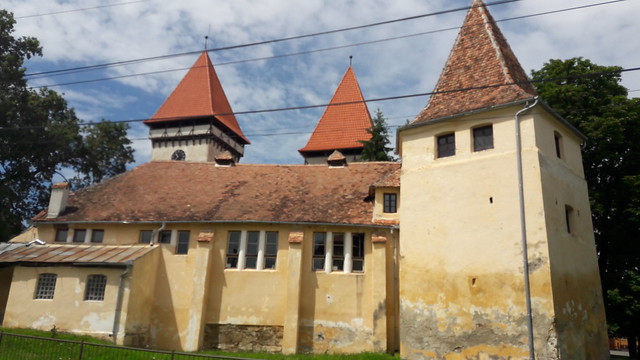 She’s one of the last Saxons from the village and she has so many beautiful stories to tell, you just need to find time to listen and ask questions. 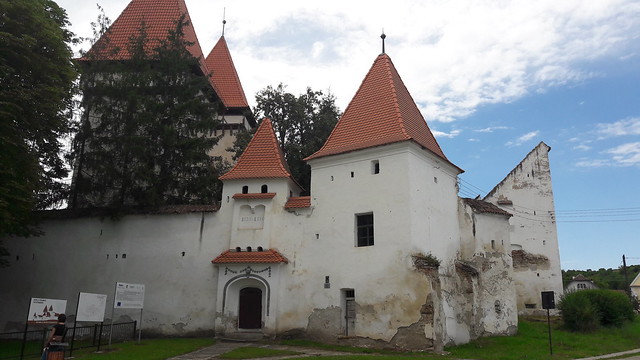 Sunday morning, after breakfast we continued our trip, planning to get back to Sibiu, by the end of the day, with a few stops on the road, of course. 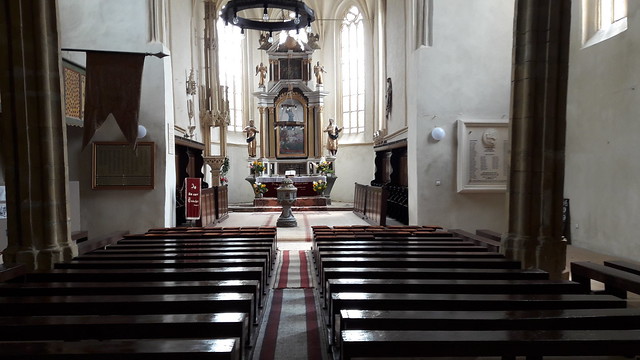 First stop was the Moșna Fortified Church. Its considered to be one of the most beautiful churches on the Târnava rivers and it’s also planned to be included on the UNESCO World Heritage List. 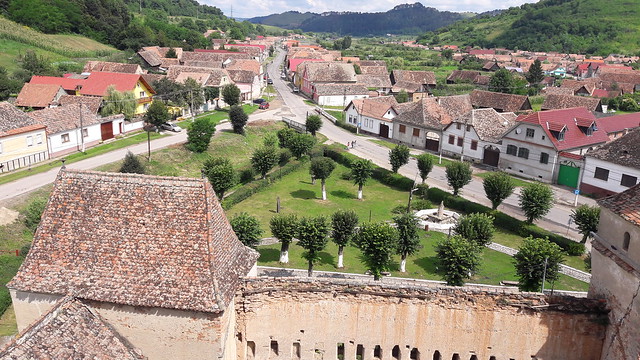 Our next stop was at the Valea Viilor Fortified Church that is already included on the UNESCO Worl Heritage Site since 1999. The architecture is beautiful and the church still is in very good conditions even today. 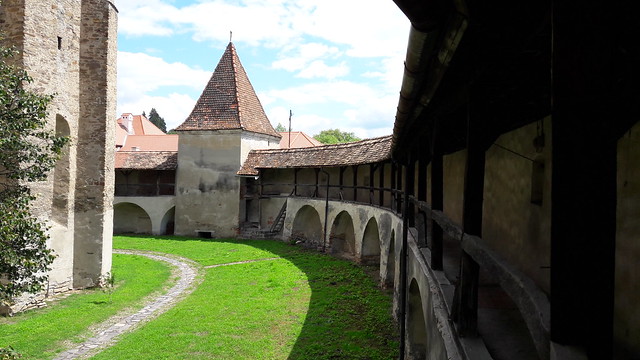 Inside the church you can still find a pew from 1528 and the paintings of the altar from 1779. 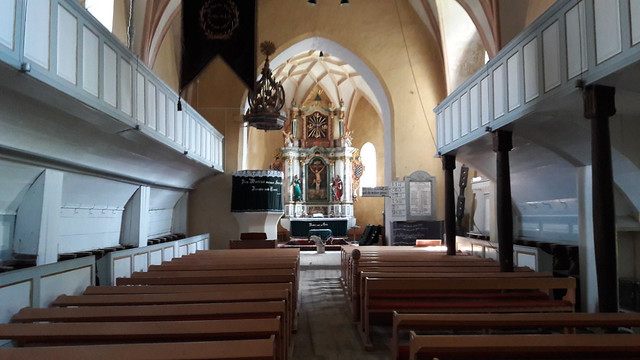 The Axente Sever fortified church opened its gate for us with stories and a very nice museum, where you can find out more about the way the church was built, how the village was organized, but also lots of artifacts (traditional clothing, potter). They also rent room for turist, so it can bee an interesting place to sleep. 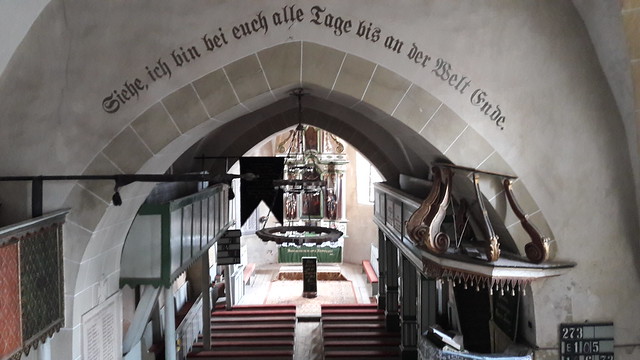 Our last stop for the day, before getting home was the Slimnic Fortress. In ruins today, but a lovely place to have a nice afternoon walk. 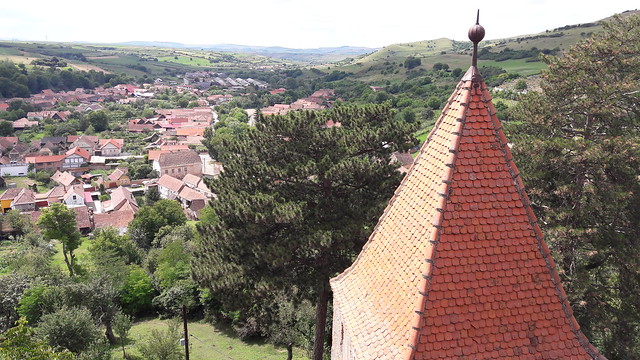 Slimnic was on the way from Sibiu to Mediaș, two important towns of the XVI century, so they had to build a fortification to give extra protection to the area. 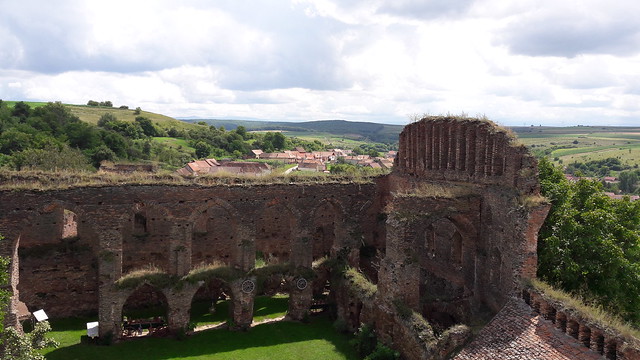 For the night, we chose the Liana Guesthouse, in the Nemșa village. It’s a nice guesthouse, right in the center of the village. The owner offered us dinner and breakfast, which were very delicious (especially dinner after all the visiting and walking we had done on Saturday).

On our route there aren’t too many options for having something to eat, except Mediaș (where we got on Sunday), but there are many places you can stop and have a nice picnic.

The trip was a very pleasant one, Sibiu and its surroundings have so many to offer, from beautiful villages with churches, to beautiful landscapes, perfect for everyone, regardless the age.