For a visitor, Sibiu is mostly known for its old medieval town, with pedestrian areas, colorful houses with small windows in their attics called ‘the eyes of Sibiu’, for its German heritage, for its large and beautiful squares, for the villages surrounding it. Except the old town area, a few parks, the village museum, the city is mostly gray, with tall buildings, lots of cars and nothing too attractive to show. But SISAF (Sibiu International Street Art Festival) managed for the last couple of years to change this gray image a bit. 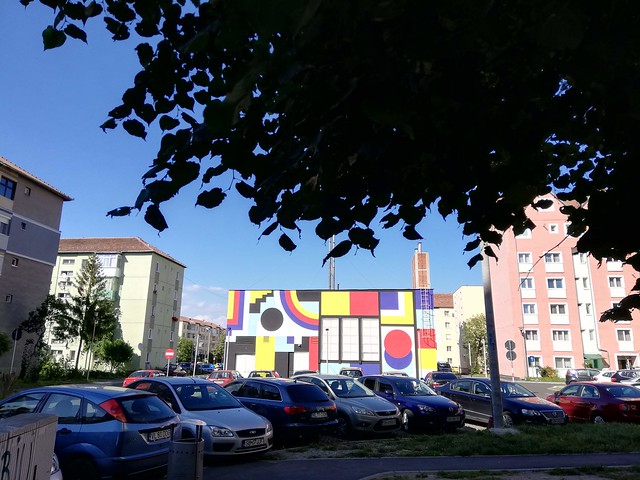 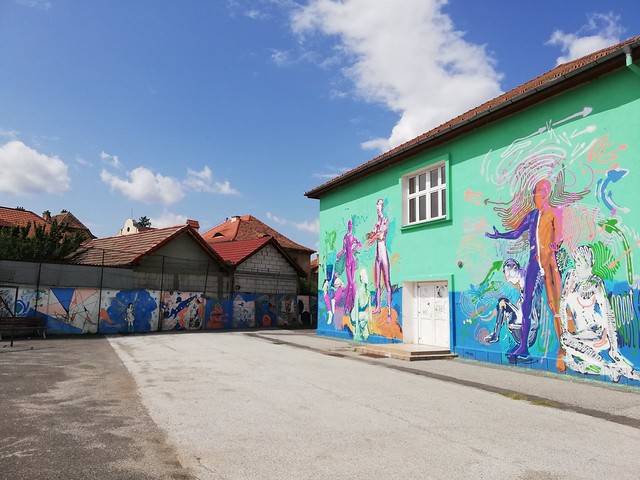 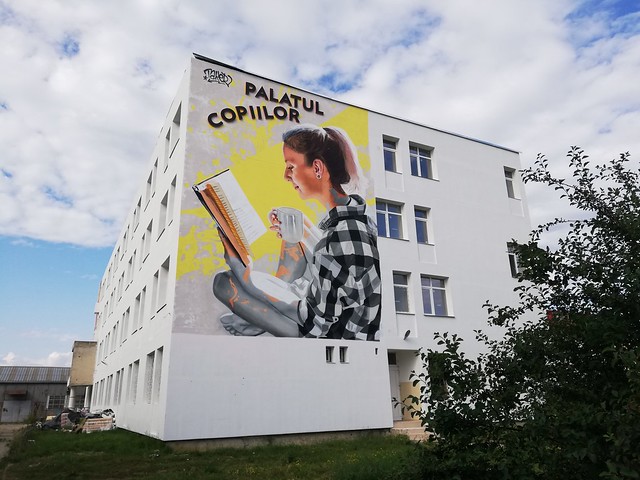 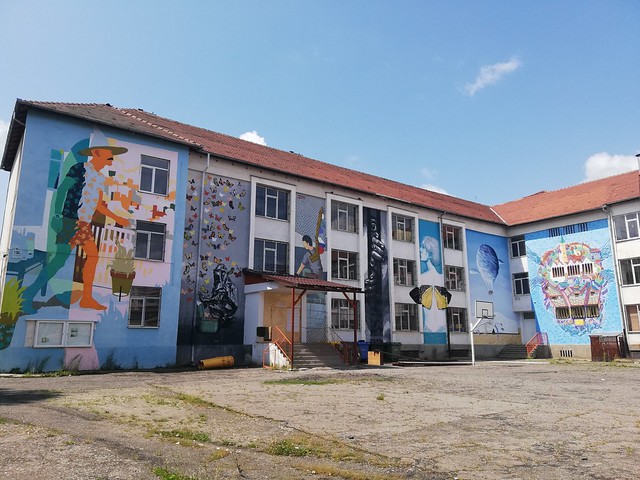 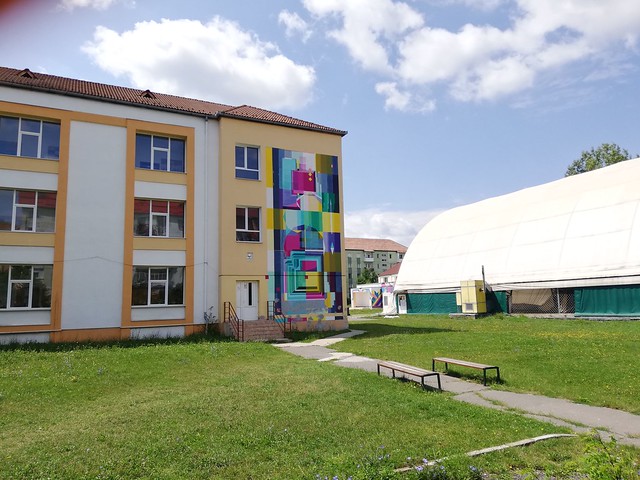 The team behind SISAF started this project aiming to bring a bit of color outside the city center and in the neighborhoods of Sibiu, improving through this method the aesthetics of the city. It’s an ongoing project, meaning that every year for one week, new locations are being painted and added to the list of existing ones. Street artists from Romania and all over the world come to Sibiu to create art with a very strong social, political, environmental message on schools, kindergartens and grey blocks of flats all around the city. 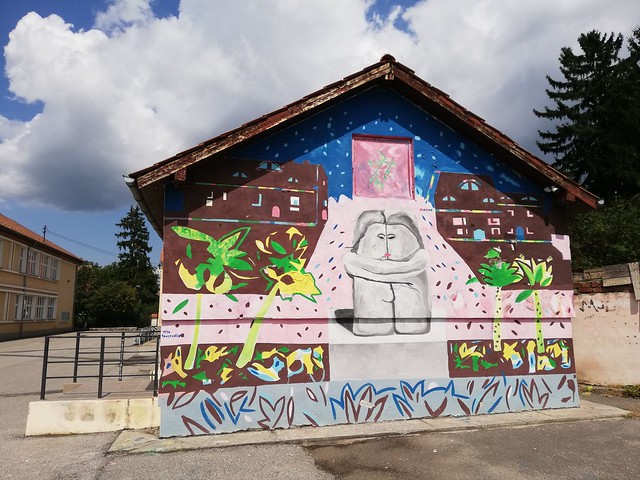 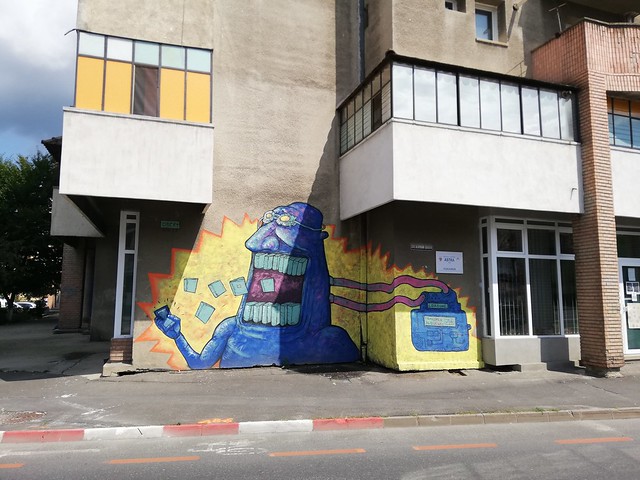 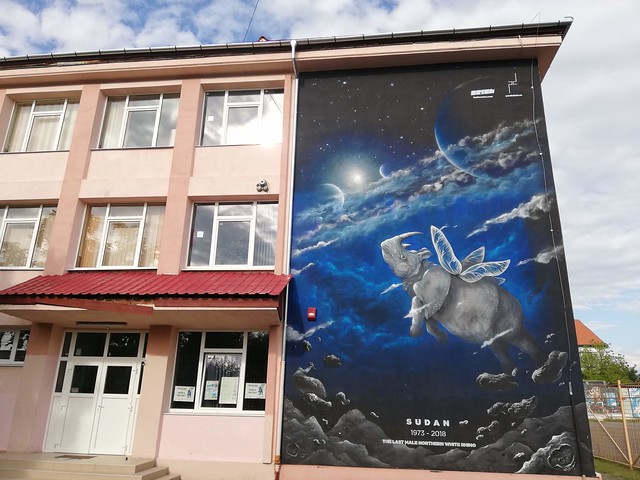 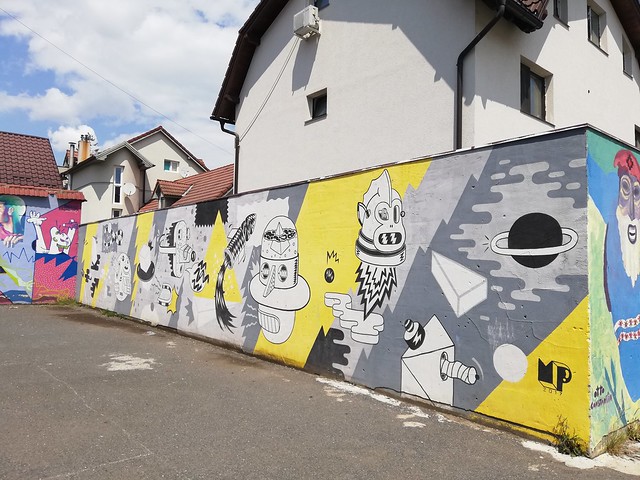 For me as a local, the project is definitely a positive thing happening to Sibiu. I deeply feel that it deserves more than just a dark and sad architecture and that a bit of color can change the face of one building and also bring a smile to the people passing by. 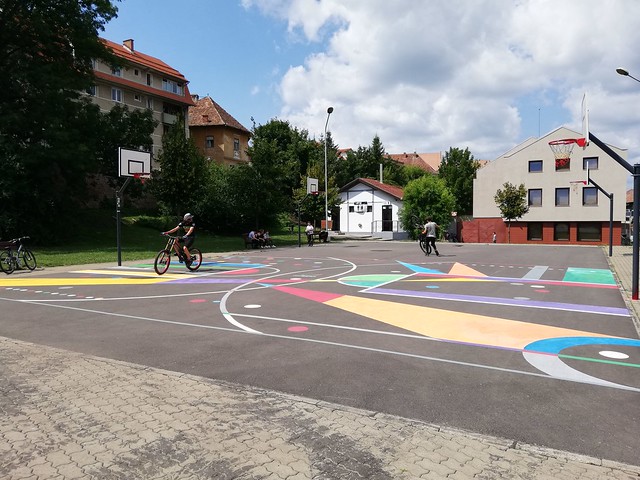 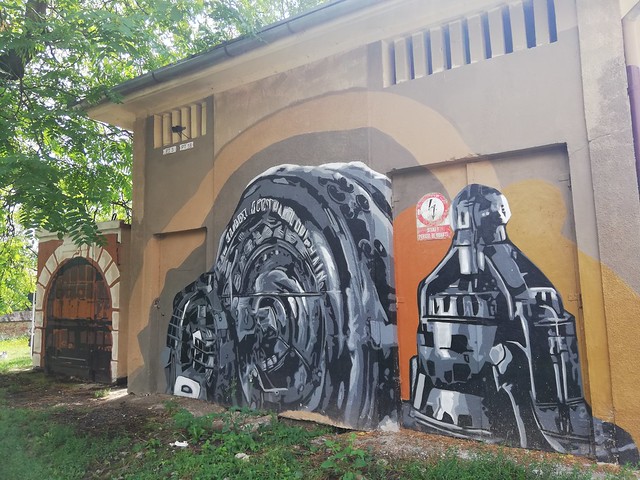 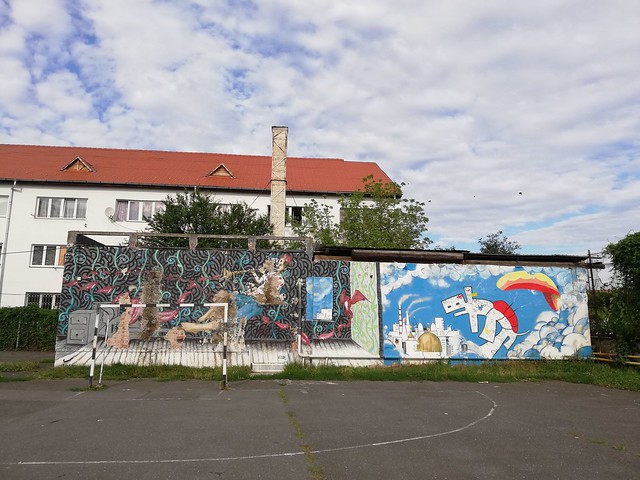 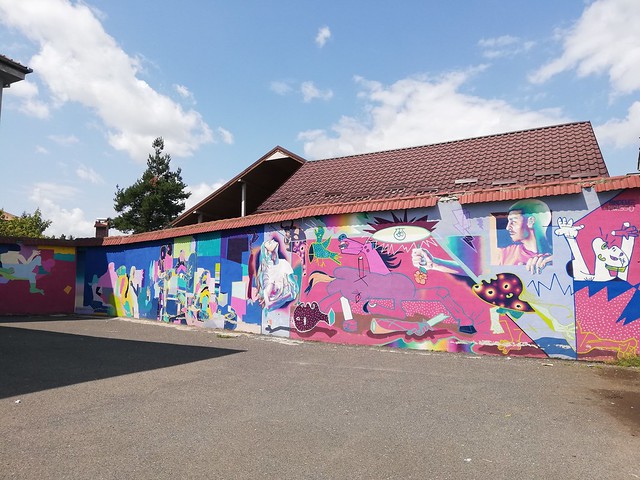 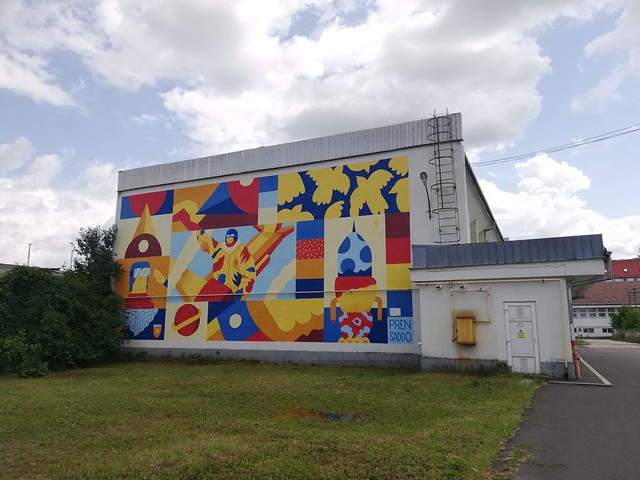 More than 30 buildings have already been painted all around the city so if you’re planning to do a street art tour in Sibiu, reserve a full day for that. We also did a walking tour this summer and passed by neighborhoods we wouldn’t normally visit. It’s also a good opportunity to see the realities of this city, to see how people actually live, to see how locals spend their time. 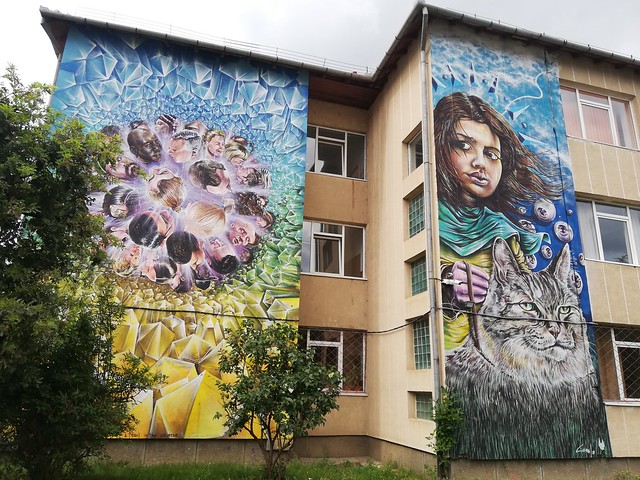 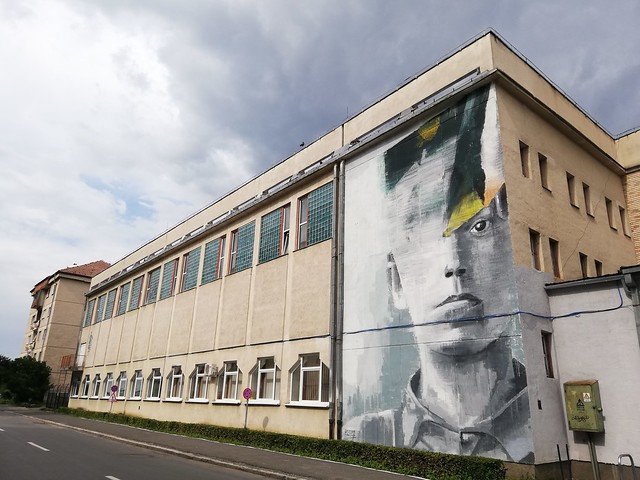 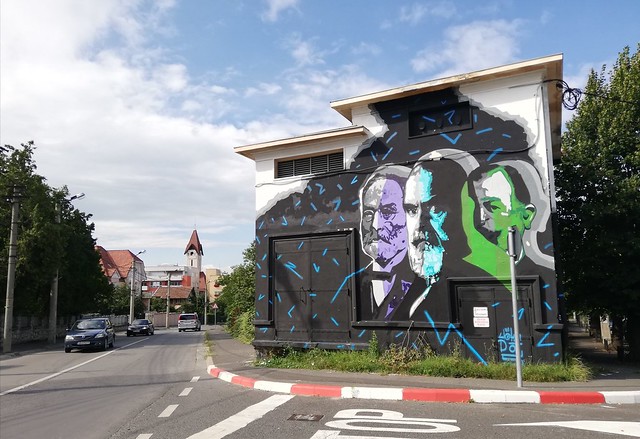 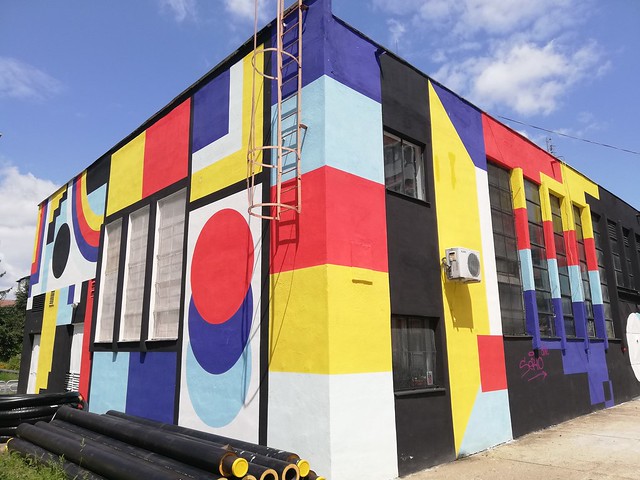 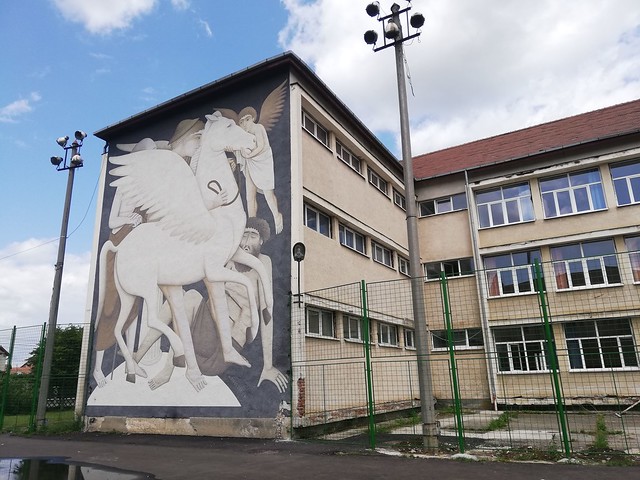 We spent the whole day walking around, prepared a map in advance and just enjoyed the view. Every piece of art is made in so much detail that not once were we asking ourselves how can that actually be done on an outside wall. The artists’ imagination and talent are at such high levels that each building being painted changes completely. 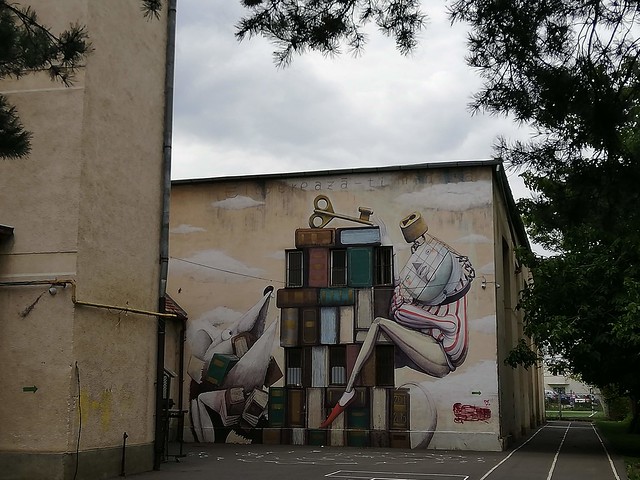 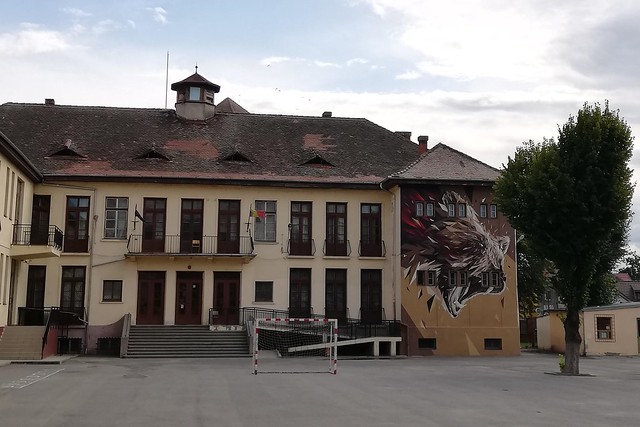 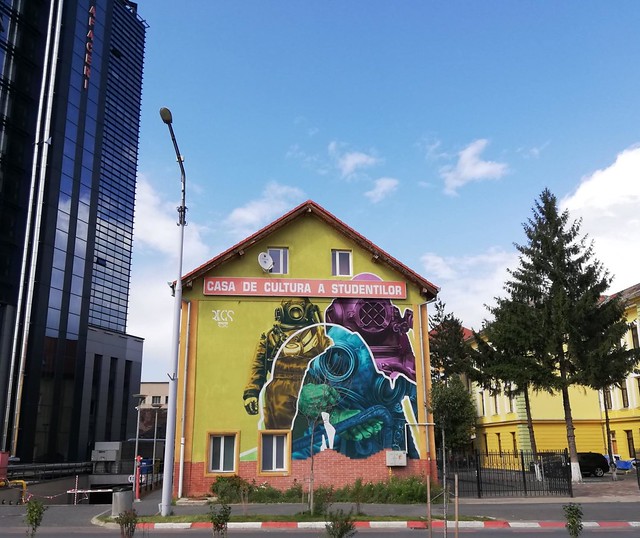 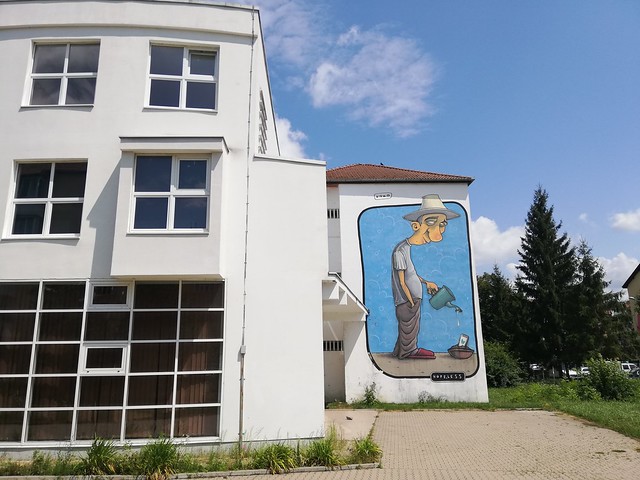 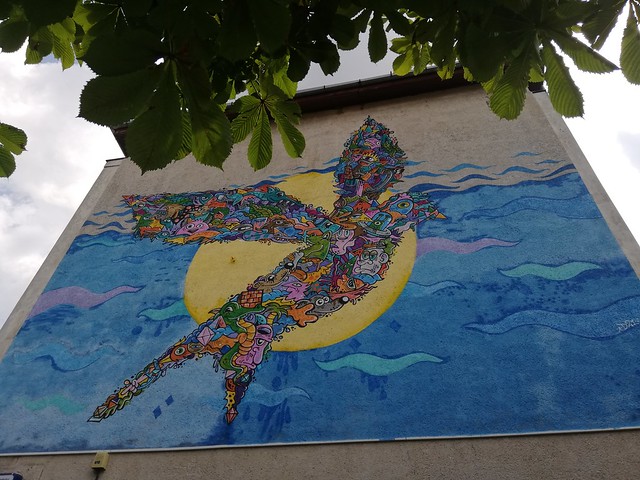 SISAF also organizes guided bike tours, you can contact their Facebook page for more info on that. 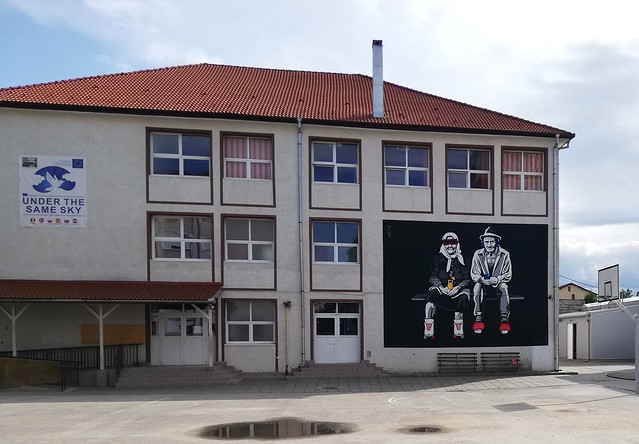 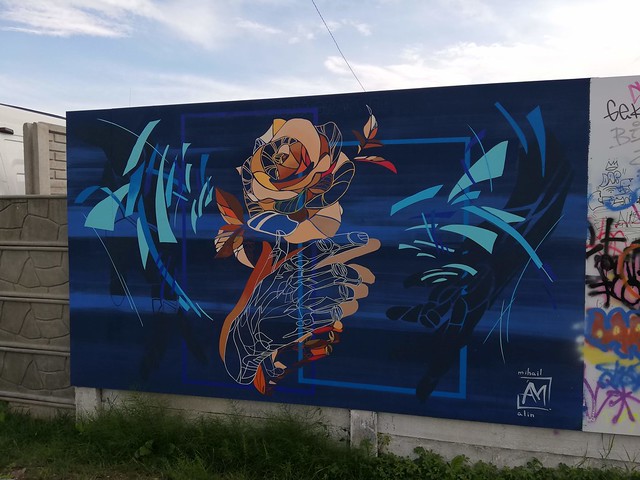 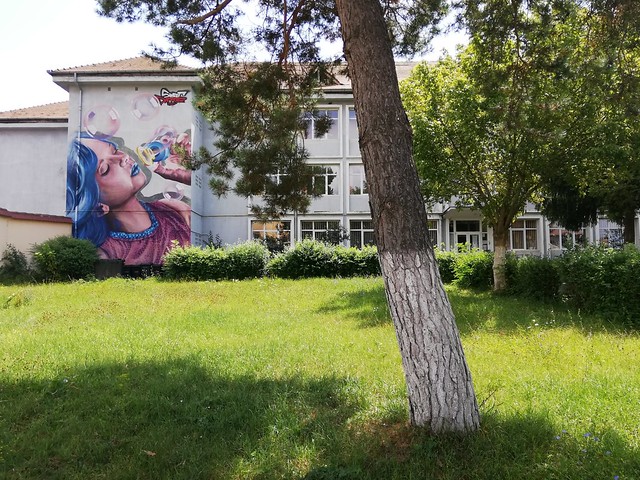 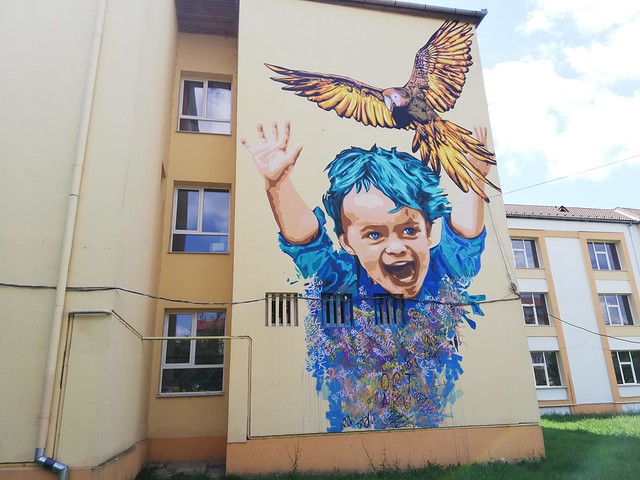 Here’s a map we made with almost all the locations so far. Updates will come in the following years.

In the city, My Sibiu, Romania, transylvania, Traveling