[Romania] The kulas from Măldăreşti

The motto of our blog, taken from Forrest Gump, says “Life is like a box of chocolates. You never know what you’re gonna get.”, well this article fits perfectly to this motto.

The weather this summer is very unstable. We have very hot summer days with over 30-35°C and then in the evening strong thunderstorms and hail. We have rapid temperature changing from one day to the other. This makes thinks difficult for us when we plan to travel or to go hiking in the mountains, especially with a baby. The same thing happened one month ago, when we planned to go to the Buila-Vânturariţa National Park.

So we decided not to go up on the mountain and instead we chose to go to the nearby town Horezu and admire some traditional pottery. Horezu ceramics are a unique handmade traditional craft and were inscribed in 2012 on the UNESCO Representative List of the Intangible Cultural Heritage of Humanity.

Our luck was that exactly that weekend the Rooster of Horez (Cocoșul de Hurez) festival was ongoing in Horezu and we had the chance to see a lot of pottery from Horezu potters and from all over the country and other old traditional crafts.

Here is one site where you can look for some Horezu ceramics.

After a walk through the exhibits of the festival, we bought some and decided to return to our accommodation for some cold beers and barbecue. But actually, here starts the interesting part. On our way back, we saw a sign pointing to the kulas (cule in Romanian) from Măldăreşti just 2-3 km from Horezu.

The kulas are fortified manors of the old Oltenian boyars. The name kula comes from Turkish and means tower. Kulas can be found all over the Balkan area, mostly south of the Danube, but there are some also at the north of the river, in Oltenia and Muntenia. The kulas have thick walls, immaculately whitewashed walls, a tall tower, secret passageways, and, above all, an arcaded balcony running the entire length of the upper store. 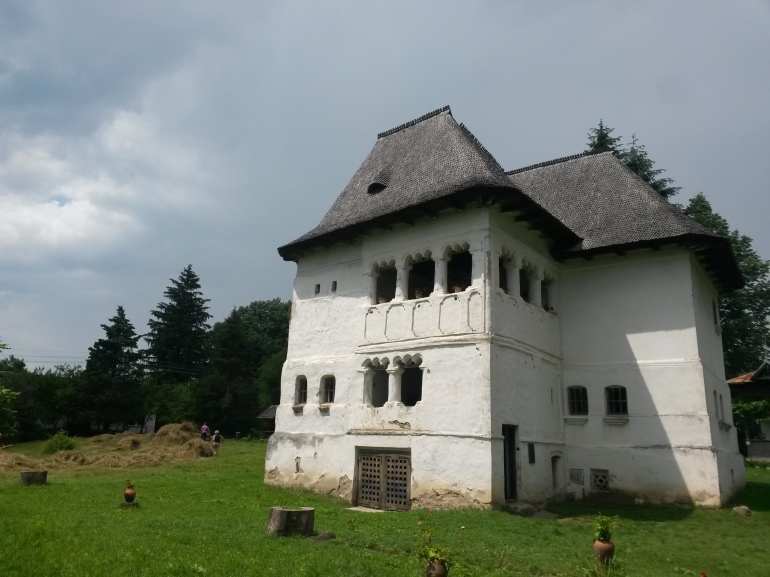 In Măldăreşti there are two kulas, which have a history going back more than five centuries. They were originally built to protect the Măldăreşti boyar family against the Turkish attacks from the south and the outlaw gangs from the mountain from the north. 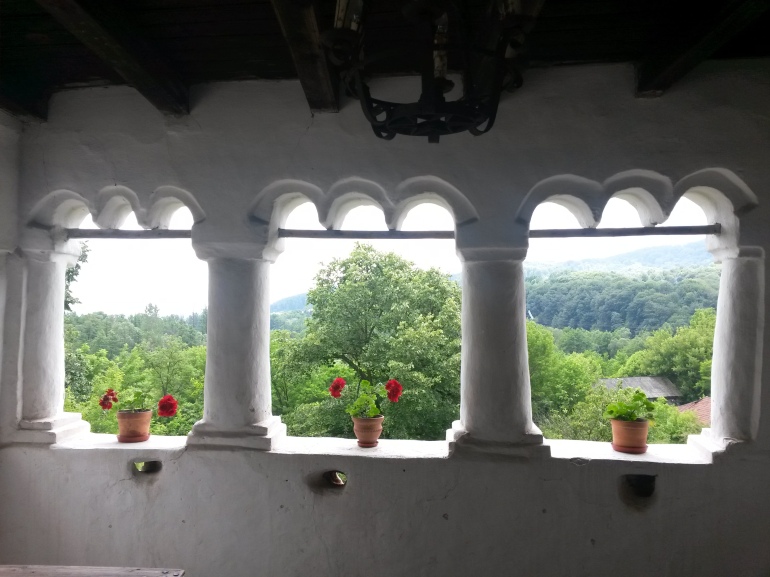 Holes made for old firelock pointing directly to the gates

The Greceanu kula is the oldest in Romania and was built at the beginning of the XVI century by a very rich boyar, Nan Maldăr. The kula changes its name to Greceanu at around 1830, when the last heiress, Eva Maldăr, married Costache Greceanu. The kula is very well preserved and you get the real feeling of living in that house like 500 years ago. 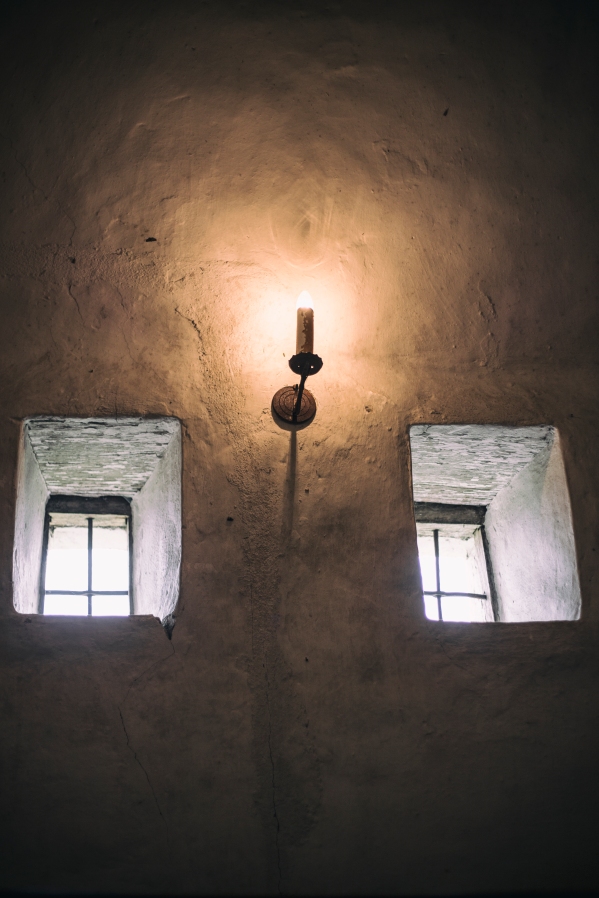 In 2015 the final scene from the movie Aferim! was filmed here. The movie won the Silver Berlin Bear, among other many international awards.

In the same area, just a few hundred meters away, is the Duca Kula. This one was built in 1827 by a boyar from the same Maldăr family. One century later, the kula was bought by the Romania politician, and later prime minister, I.G. Duca.

This Duca kula has the same architectural elements, a tall tower, thick walls, white walls and arcades balcony, but is larger, more complex than the Greceanu kula and it has furniture from the starting of the XX century.

In front of the entrance it is berried a millstone, for good luck.

The balcony, doesn’t have any firing holes anymore

On the same property, I.G.Duca built a simple, but very elegant, one floor house, with a wide porch in the same style as the kula’s balcony. This house is also a museum and you can see how the former prime minister from the interbellic period used to live and work, when we has not in Bucharest.

The museum complex is open daily from 10 to 18 (Monday is closed) and the entrance fee is 4 lei and you also get a guided tour. For filming and photography there is an extra fee of ~10lei.

From what I could observe, in the back of the I.G.Duca house, there are rooms for rent and a very nice garden with barbecue and rustic terraces. It would be a great place for a relaxing weekend. Unfortunately, I don’t know the price for this, but I’m sure is not too much.

Close to the Greceanu Kula, there is an old church built around 1788 by Gheorghe Măldărescu, the grandson of Tudor Maldăr, his son, Constantin and his wife, Eva.

Unfortunately, the church is not in a very good shape, but still is a beautiful piece of architecture.