[Italy] A bit of Piedmont in Turin

Italy is and always has been one of our favorite countries in Europe and every time we get the chance to visit it again, we’re always eager to get there and breathe the vibrant, but relaxing air that this country has.  Rich history and culture, beautiful architecture and landscapes, incredibly tasty and diverse gastronomy, everything that a traveler needs to feel the true vibe of a new place. 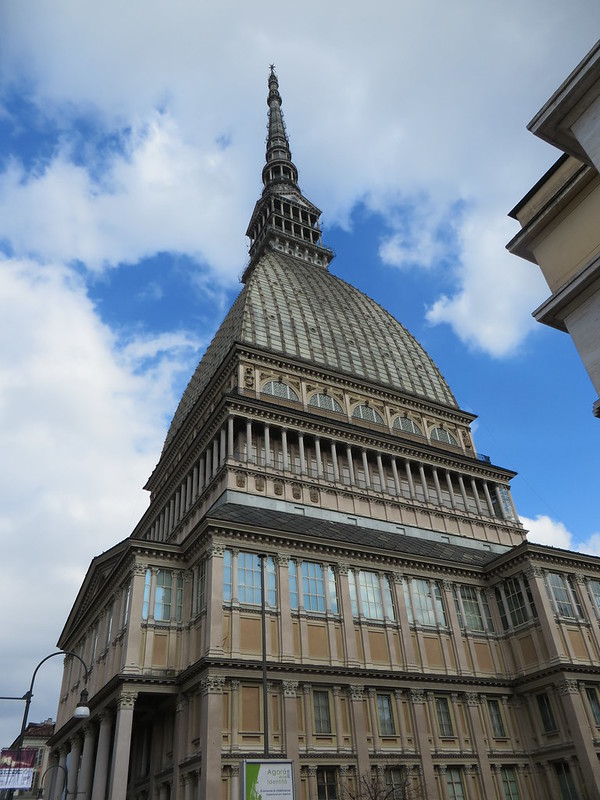 We’ve been to Turin nine years ago for a music festival, but we didn’t get the chance to explore the city back then. Now we’re back mainly for a Juventus Torino football match, but we took an extra 3 days to check out the city more. 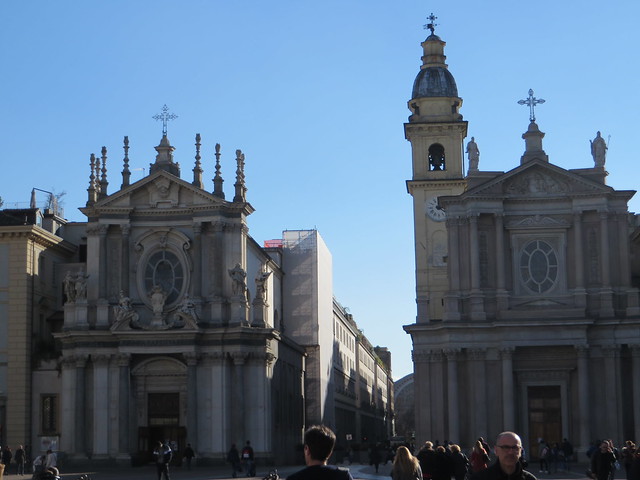 Turin is one of the largest cities in Northern Italy and the capital city of the Piedmont region, an area surrounded on three sides by the Alps Mountains. With a population of about 1 million people, Turin is an important university center in Italy and although it was mainly known until recent years only as being the place where the famous FIAT cars are being produced, the city has revived and become a cultural and entertaining city to live in and visit. 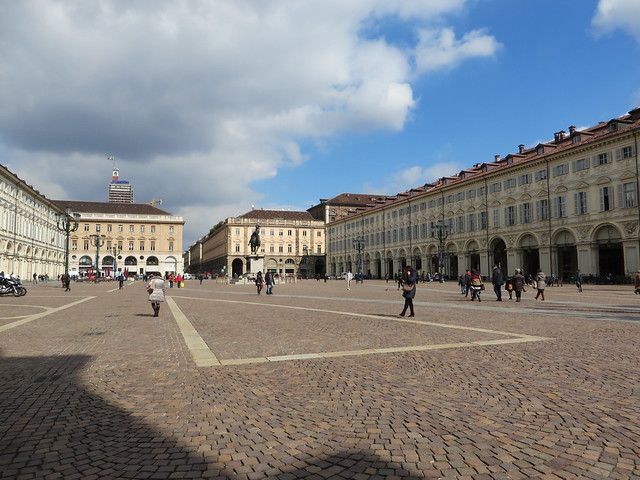 Turin has a very rich history, being inhabited from around 300BC, and the architecture of the city is proof of all the stages the city has gone through. The Palatine Towers still stand still, although they have been built some 2000 years ago, during the rule of the Roman Empire. 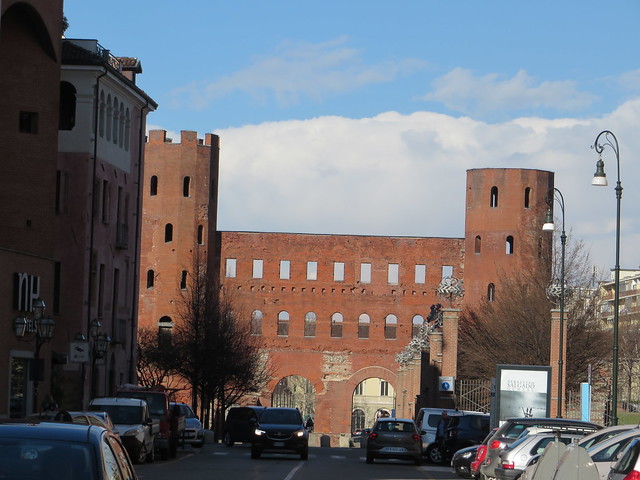 The Royal Palace Assembly dating from the 16th century is an UNESCO World Heritage Site and a true model of the baroque style of that era. Palazzo Reale, Palazzo Madama, Palazzo Carignano and and Castello del Valention are all part of the assembly and were initially the residence of the Savoy Royal Family and later on became administrative centers of the first capital city of Italy in the XIX century. 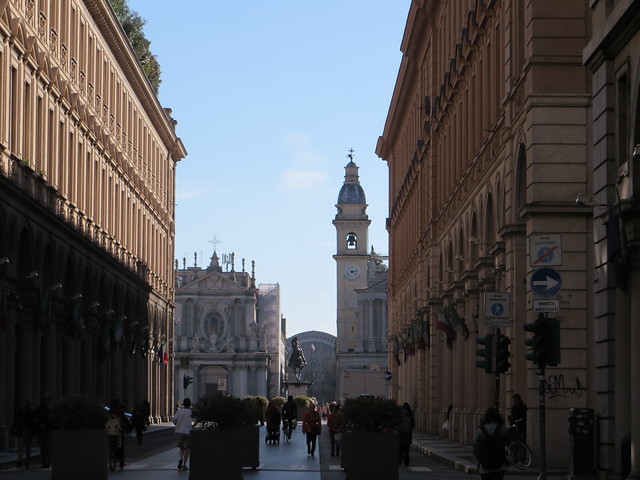 What’s truly fascinating about Turin is its 18 kilometers arcade system, of which 12.5 kilometers are interconnected. It seems that King Vittorio Emanuele I of Savoy ordered to build a line of arcades from the Royal Palace to Piazza Vittorio Veneto, so that the royalty could walk down to the Po river (the river that flows through Turin) and the Gran Madre Di Dio Church without getting wet, even when it rained or to avoid too much sun when it was too hot outside. Today the arcade streets are full of brand shops, Turin being one of the coolest shopping destinations for those who are in search of the Italian authentic fashion designers, and not only. 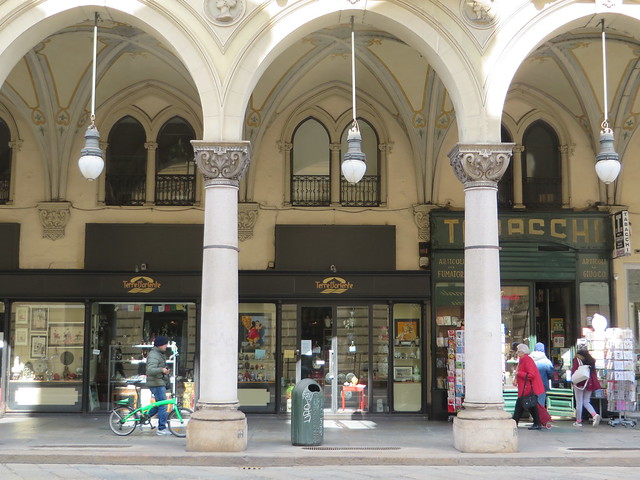 Turin’s city center is a true maze. With almost no cars on the streets (only people who live in the city center are allowed to enter the city center by car), the place is perfect to walk around on a clear sky and good weather. Wide boulevards with shops and gelaterias, big open plazzas, with small terraces and narrow streets filled with family-ran cafes and restaurants. 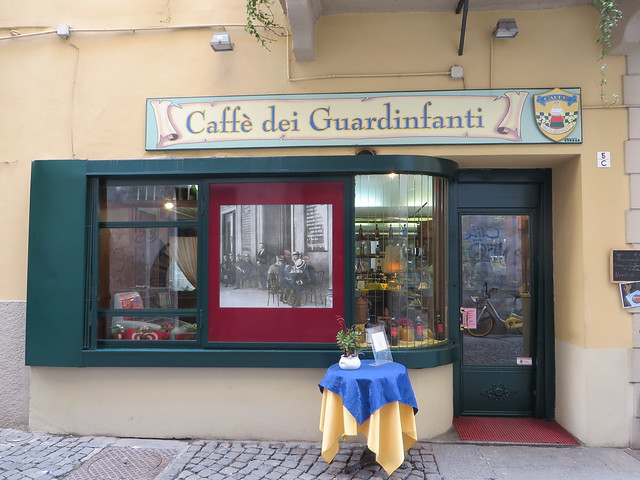 Mornings are quiet and relaxed, but after-noon and evenings get a big influx of people getting out from work and in the mood for getting in touch with the city. The city center is full of people that walk in all directions. Restaurants are also normally all full and for most of them you need a reservation to get a table. 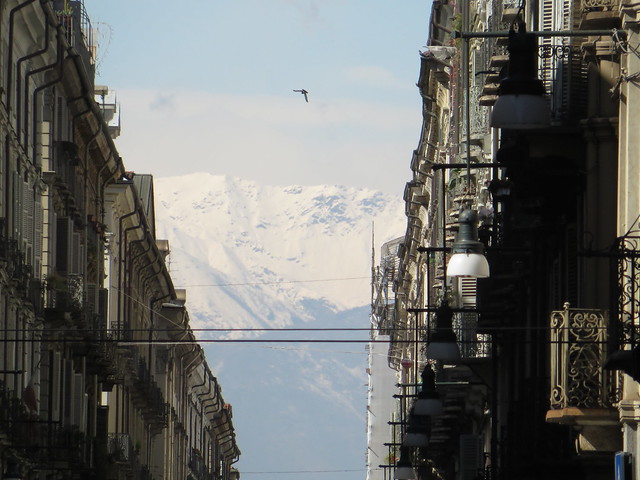 While in Turin on a sunny day, search for the mountains, you will get such a nice view of the Alps and the city! 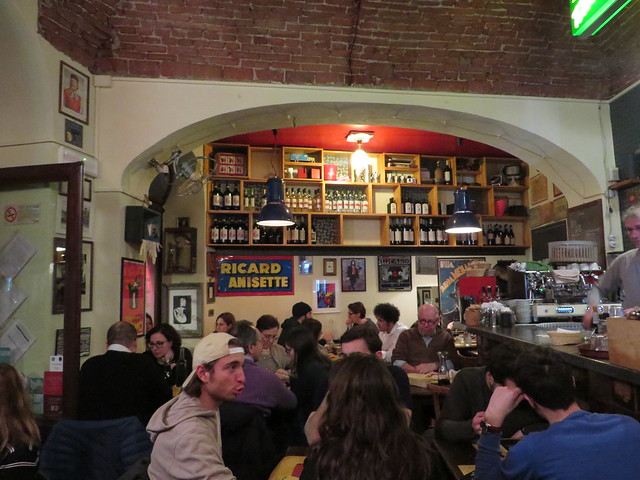